Tactics and strategy of fighters in the Syrian Idlib 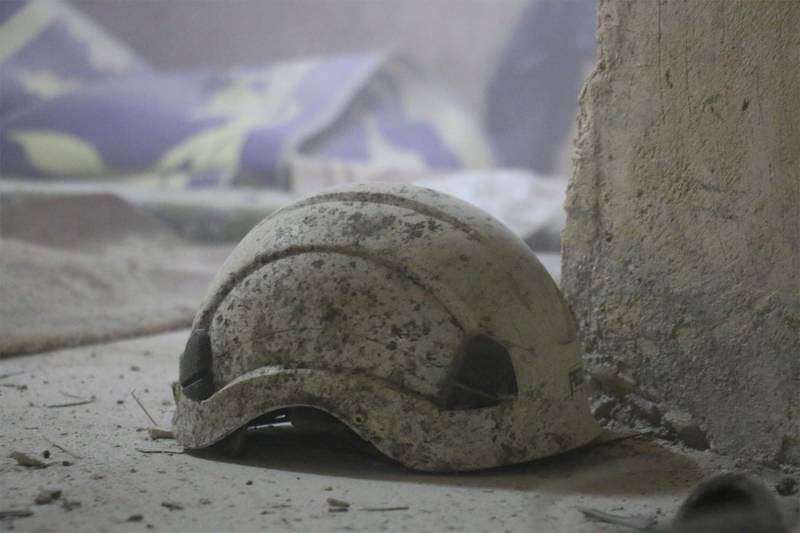 On Saturday, Interfax, citing a Russian military-diplomatic source, reported that militants in the Idlib de-escalation zone were receiving US man-portable air defense systems (MANPADS), armored vehicles and uniforms from the Turkish army from Turkey.

Under the guise of a civilian population

Earlier in the media there was information that Islamic terrorists shot down two Syrian helicopters with the help of MANPADS. One is near the city of Nairab, Idlib province. The second is in the province of Aleppo. The pilots died. There were no such anti-aircraft systems in the arsenal of jihadists before. Also appeared photos of militants with components for MANPADS of Chinese manufacture.

Now we should expect new provocations from terrorists. There is nothing to be surprised at, provocations have become an integral part of the tactics of terrorists opposing the government forces of Bashar al-Assad.

So, after the ceasefire declared in the de-escalation zone in January, the militants of the Hayat Tahrir al-Sham terrorist organization banned in Russia began shelling the western areas of the city of Aleppo, which were within their reach, from artillery and mortars.

An average of 20 shellings was done per day. Their goal was residential areas. Therefore, most of the victims were civilians. The Western media easily attributed these victims to the expense of government forces, and once again accused the Syrian leader of “barbarism”.

They did not notice the initiators of the provocation. As they did not even notice the shelling by the militants of the humanitarian corridors from Idlib, organized for the time of the armistice for civilians to leave the danger zones. This tactic (to keep the population at their strongholds), jihadists began to apply since their first defeats in battles with the Syrian government forces.

The population, as a human shield, the terrorists covered their communications, combat positions and command posts. This time, this tactic did not bring the desired result to the jihadists. In response to their provocations, government troops, despite a truce, attacked the terrorists and began to push them deeper into the de-escalation zone.

How was the success of government forces

Assad's offensive by the militants opposed their usual tactics. Initially, they counterattacked government forces in small mobile groups of 15-20 people on four to five pickups with heavy machine guns.

The strength, of course, is not so hot, but when up to two dozen such groups appeared simultaneously from different directions, this disorientated the attackers. It also restrained the development of the operation of government forces. However, they managed to adapt to this tactic and develop the success of the offensive.

At the end of January, jihadists used another tactical technique. In the evening, in the dark, having previously fired at positions of government forces from multiple launch rocket launchers, "balloons" and bombing from artisanal drones, the militants launched an attack simultaneously from two directions.

On the northern flank, Assad's attacking forces attacked about 200 militants of the Islamic Party of Turkestan banned in Russia *. They were supported by 20 pickups with heavy machine guns, one tank, two infantry fighting vehicles and the same number of jihad mobiles filled with explosives.

Both groups were able to break into the defense of government troops to a depth of 1,2-1,3 km and along the front - 3,5-2,5 km, respectively. According to TASS, the Russian Center for the Reconciliation of the warring parties in Syria: “During the offensive of illegal armed groups by the Syrian government forces, up to 50 militants were destroyed and 90 were injured. The losses of the Syrian government forces amounted to 40 people killed and 80 wounded. "

This was the last major success of the militants. Then their positions rained down. The terrorists began to go to Idlib under the cover of the Turkish troops that appeared there. Government forces quickly took complete control of the area around the city of Aleppo, freeing about 30 settlements adjacent to it from the west and north. Since the beginning of the offensive in Idlib, the army of Bashar al-Assad has already liberated a third of this province.

However, let us return to the Interfax report and think about the consequences of the short-sighted actions of the Turkish authorities. After all, Ankara was not able to ensure the implementation of the agreements in which it took upon itself the obligation to separate the terrorists from the Syrian opposition and to remove the militants from Idlib province.

In other words, Turkey does not completely control the Hayat Tahrir al-Sham group. Therefore, it is difficult to imagine where else the MANPADS delivered to Idlib will manifest themselves, as well as the terrorists dressed in Turkish uniforms. There are many hot spots where the Islamists are fighting now.

We are in Yandex Zen
Situational analysis of the death of the MH17 flight (Malaysian Boeing 777), made on the basis of engineering analysis from 15.08.2014
Syria: Americans scare themselves, and Asma Asad buys chairs
9 comments
Information
Dear reader, to leave comments on the publication, you must to register.