UN: guarantor of world peace or a collection of talkers 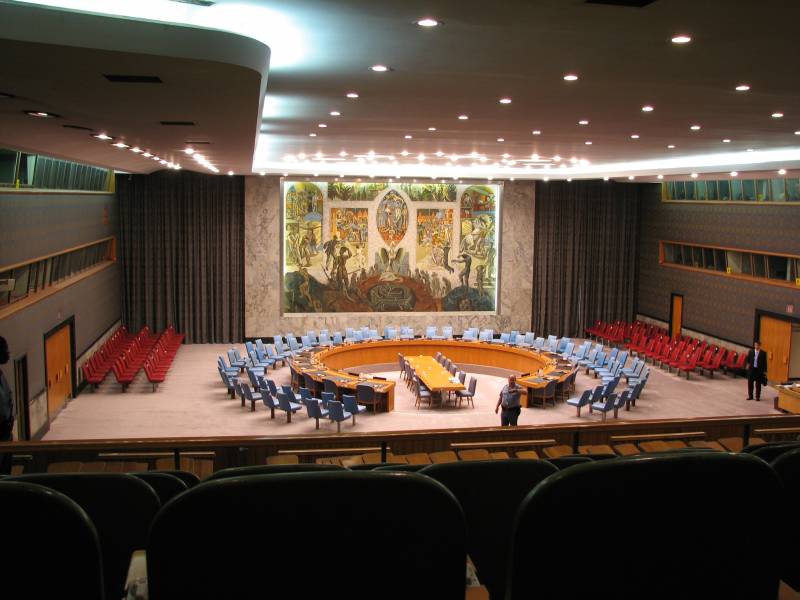 This year, among other anniversaries glorious and significant for our country, is also the 75th anniversary of the founding of the United Nations. Alas, it is regrettable to admit, but this world-wide structure, originally conceived as a keeper of a peaceful sky for all mankind, over the years of its existence has turned into a club hybrid for empty discussions and, much worse, another tool serving the United States political ambitions States. How did it happen?


First of all, it is worth recognizing: a certain wormhole was laid in the very foundation of the UN even before the signing of its charter. The idea that arose (there is every reason to believe so) during the meeting of the "Big Three" in Yalta was based on the fact that the victorious countries of Nazism and Japanese militarism will continue to work hand in hand, despite differences in ideology and social structure. the prevention of new wars. Alas, the split of the camp of the victors and their allies into the capitalist and socialist camp, the ensuing Cold War, the confrontation of NATO and the Warsaw Treaty Organization brought to naught all the aspirational aspirations. The UN, instead of a body for cooperation of like-minded people, has become an arena of confrontation and geopolitical accounts. We did not start this, but we could not prevent it.

You can talk as much as you like about the titanic efforts put forward by this organization for allotted to it three quarters of a century to combat hunger, disease or poverty, but the fact remains. The UN proved to be unable to cope with its most important task, preventing and ending wars. This became absolutely clear shortly after its founding. The suffering of the peoples of Korea and Vietnam tormented by the American occupiers did not stop the “blue helmets” or the formidable Security Council resolutions that they already wanted to sneeze in Washington, but the intervention of the Soviet Union and the Chinese comrades, who pretty much gave the presumptuous Yankees. The UN peacekeeping contingent was also unable to prevent wars between India and Pakistan in the 60s and 70s of the last century.

Well, then it went and went ... As the USSR and the socialist camp collapsed, the United States and its NATO allies began to redraw the world of their own mind and without regard to anyone at all. In fact, the UN was worth dissolving itself after the bombing of Yugoslavia in 1999, which showed in full its “significance” and “influence” in the world. Iraq, Libya, Syria ... The United Nations in all cases either dutifully assent to the aggressors and invaders, on whose territory, by the way, its headquarters is located, or humbly silent in a rag. The same applies to the civil war, which has been going on in the Donbas for the sixth year already. However, what is the US confrontation? The Blue Helmets suffered a series of infamous fiascoes, even trying to prevent tribal clashes in Africa. Neither the Hutus were saved, nor the Tutsis, nor in Angola could not cope.

A huge problem, among other things, is today also the complete discrepancy between the structure of the UN and its main organs to the real picture beyond recognition of the world that has changed over 75 years. Endless debate over the expansion of the number of permanent members of the Security Council with veto power, and this right as such, is just the tip of the iceberg. In fact, everything is much more complicated and confusing. In principle, so many new contradictions, problems and realities have accumulated during this time that it has become clear: humanity needs some other organization.

Situations in which the UN acts as a kind of world government, or, at worst, the collective mind of the Earth, as merciful as wise, are exclusively plots of science fiction films, and even less so. Resolutions of a purely recommendatory nature, an empty and endless talking room for any reason, often just in those moments when people in need of salvation die somewhere in the thousands — all this did not add to the UN either authority or respect. Moreover, the “deflection” under US interests, which has become increasingly clear in recent years ...

There is no doubt: in honor of the 75th anniversary of the UN, many high words and phrases will be said and written. However, reality testifies that either a radical reform of the organization is required, or its replacement with something else. The world needs an alliance that can change it for the better, and not an expensive gathering of talkers.

We are in Yandex Zen
Situational analysis of the death of the MH17 flight (Malaysian Boeing 777), made on the basis of engineering analysis from 15.08.2014
Results of the week. “In our cooperative, the board is always agreed”
55 comments
Information
Dear reader, to leave comments on the publication, you must to register.