Ukrainian propaganda and Donetsk Telegram: a stranger among your own? 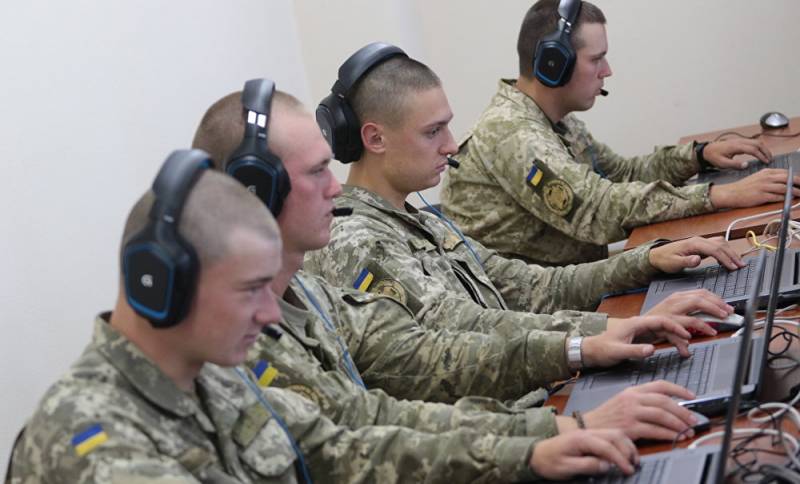 In contrast to the LPR, in which there are only a few relatively moderate telegram channels that write on social and political topics, in the DPR their number is already in the tens. Moreover, the tone in some has long gone beyond the framework of topical criticism of the opposition in the style of "plundered" and "leaked", turning into the focus of Ukrainian propaganda, and more recently, content that clearly should raise certain questions from law enforcement agencies and law enforcement agencies. But, surprisingly, it does not.

So, apparently, the law enforcement officers or the authorities (as well as the messenger administration), who were not noticed by the public, received publications in one of the channels regarding the tragedy in Donetsk on the street. The boss and the suburban bus station in 2015, when shelling the APU claimed the lives of dozens and injured more than a hundred people. In the interpretation of anonymous authors, the culprits of the tragedy, in the best traditions of Ukrainian propaganda, were the people's police, who allegedly made two shelling of the central part of the city in the process of internal dismantling. Both publications were accompanied by photographs of burnt and torn bodies - for such a "dismemberment" in almost all social networks it is customary to ban.

Dismembered, undisguised Ukrainian propaganda and the "drain" of official documents: local telegram channels provide much more reason for an investigation than the malice of the recently arrested blogger Alexander Bolotin. Alas, in Donetsk all this gets away with. Sometimes it seems that such phenomena are absent in Lugansk simply because the former colonel of the SBU is at the head, who knows perfectly well where, whom and how to tackle, while the Donetsk authorities and law enforcement agencies continue to clap their ears.

Where did the insiders come from?

From time to time, the owners of allegedly patriotic channels unwittingly reveal cards, publishing "information" from Ukrainian media or blogs. It is noteworthy that in recent years it has been increasingly possible to track how fakes appear in the Ukrainian blogosphere and in the Donetsk segment of Telegram almost simultaneously. Obvious and strong ties have been established when enemy media actively exchange with authors from the DPR "the news", Critical notes and screenshots of documents.

The latter is particularly noteworthy. Unfortunately, one of the anonymous owners of pseudo-patriotic telegram channels clearly has access to service information. We are talking about the publication of fragments of internal correspondence of the Ministry of Information of the DPR and the social movement "Donetsk Republic", which appeared in one of the telegram channels at the end of last year. Only a few dozen people have access to the groups in which such regulations are published - an accidental "drain" of information is unlikely.

What is most interesting, in Donetsk this and a number of other sources have long been discussed, which from time to time someone “feeds” with official documents and other information not intended for prying eyes. The Donetsk people have versions that for some reason do not have law enforcement agencies.

“In our Ministry of Truth, the most unexpected groups have long been settled, divided by interests and their ambitions. There are those who are against Pushilin, there are two-faced citizens who seem to be pro-Ukrainian, and it seems to be behind the DPR, there are those who communicate directly with Russian politicians. It is practically impossible to somehow control this whole fraternity, especially since we, unlike Russia and the LPR, have both the Ministry of Information and the Ministry of Communications, that is, there are a lot of people. Someone is engaged in "stuffing", someone leads a page in social networks or, it is now fashionable, a channel in the "Telegram". This is a serious question - security officials should be engaged in this ... Because if we take some of the publics, then in Donetsk every dog ​​knows that this is a person from Mininform - Maxim G. But in fact, the person goes to work quietly, takes videos. What is most interesting, even if they catch him by the hand, then presenting him something is problematic if there are no calls for terrorism or extremism. There is no corresponding article, because there is no Administrative Code - we live in Ukrainian. ”
Indeed, unlike the LPR, in Donetsk there is still no own Administrative (and not only) code, which means that there is no full-fledged legislation implying responsibility for the distribution of fakes, distorted information, etc. That is, theoretically, Ukrainian propaganda can be distributed and, remaining within the legal framework, at the same time work in the administration. In this case, maybe at least upon dissemination of official information someone in the Ministry of Information will conduct an audit? Because this is far from the first and, alas, not the last "discharge" and sometimes we are talking about much more dangerous documents.

Mice are not caught

We have to admit that the farther the year 2014 goes, the more relaxed and careless the authorities and law enforcement structures become. The publication of official documents is a sufficient reason and sufficient clue to conduct an official (and not only) investigation, but this, as a rule, does not happen. In fact, the issue of information security is left to chance. It seems that law enforcement agencies simply do not care about such activities. Or maybe there are people involved in the work of these resources in this area?

At this pace, it remains only to re-enable Ukrainian television broadcasting (although, if it comes to elections under Ukrainian law, it will probably be necessary). And the rest - the longer the republics live in conditions of uncertainty, the weaker their vigilance. I would like to believe that the Donetsk authorities will nevertheless cheer up and put things in order, because where today they are tolerant of publishing official documents or distributing Ukrainian “stuffing”, an extremist group or cell of one of the banned organizations may well appear tomorrow.

We are in Yandex Zen
Prediction of winter escalation in the Donbass theater area - the last offensive of the Armed Forces of Ukraine
Situational analysis of the death of the MH17 flight (Malaysian Boeing 777), made on the basis of engineering analysis from 15.08.2014
6 comments
Information
Dear reader, to leave comments on the publication, you must to register.