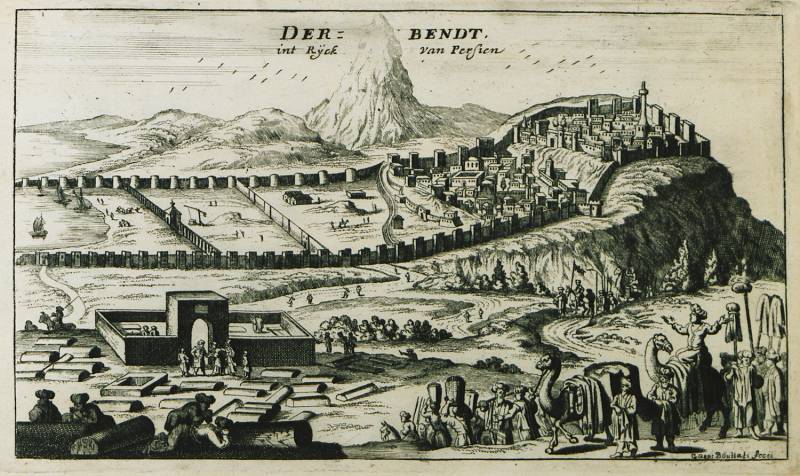 At the beginning of the second half of the 18th century, Fatali Khan (Fat Ali Khan), the son of the deceased Khan Huseyn Ali, ascended the throne of the Cuban Khanate with its capital in Cuba (now Guba, Azerbaijan). Soon, the Shirvan khan Aga-Razi-bek raids on his khanate, sensing the weakness of the once idle young ruler. But Fatali Khan was not at all the young man with whom his neighbors saw him. He punished the offender, and suddenly the excitement of the conqueror awoke in him.


In 1765, the young khan creates an alliance on the principle of "friendship against." The union includes Tabasaran Maysumism, Kaitag Utsmii and Tarkov shamshalstvo. The Cuban Khan leads a united army to ancient Derbent. Naturally, the city was captured and plundered, and the Derbent Khanate was cut into many parts, which were divided between the "allies". Fatali Khan was jubilant, but he was already making plans for the future, in which the “allies” had the same fate as Derbent.

Course appearance on historical Tuti-Bike could not help but be accompanied by a beautiful Caucasian legend. According to legend, Fatali Khan held another reception with shooter competitions, which brought together the best fighters from all the surrounding places. The winner was the masked participant. When Fatali Khan demanded the winner to remove the mask, then under it was revealed the beautiful face of Tuti-Bike. Of course, this is all sentiment.

Tuti-Bike was the sister of the Utsmiy of the Kaitag Utsmii of Amir-Gamze. Neither their meeting, much less their acquaintance could not be an accident. Amir-Gamza wanted to extradite Tuti in order to establish an alliance with Fatali Khan and to take a closer position in that part of the former Derbent Khanate that had been transferred to him. But Amir underestimated his “ally,” who even regarded his family as pawns in a big chess game. Therefore, marriage with Tuti was nothing more than a bridgehead for him to legitimize his authority over the Kaitag usm. 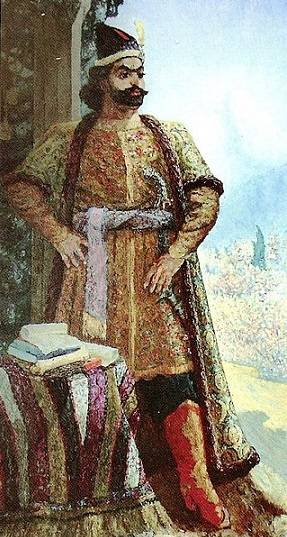 Fatali Khan
The split between Amir Gamza and Fatali Khan occurred at the moment when the latter refused to give his consent to the marriage of Amir Gamza and his sister Khadija-bika in response to the marriage with Tuti-Bike. Instead of usmism, Khadija went to the Baku khanate to the young khan Melik Muhammad. Manipulating his sister and, through her, the khan, Fatali quickly subjugated the Baku lands. When the insidiousness of Fatali was discovered, his military power increased many times, so he easily expelled the representatives of Usmiya from Derbent and took Derbent lands from Amir-Gamz.

Tuti-Bike, meanwhile, was in Derbent, actually fulfilling the duties of her husband. Despite all the beautiful legends, it is impossible to unequivocally affirm strong love of Fatali Khan and Tuti, who is not without idleness and lust for power. Firstly, all in all, the khan, who played in political intrigues, had six wives. Secondly, he spent most of his time in military campaigns, trying to maintain control of the lands, which one after another tried to get out of his power. 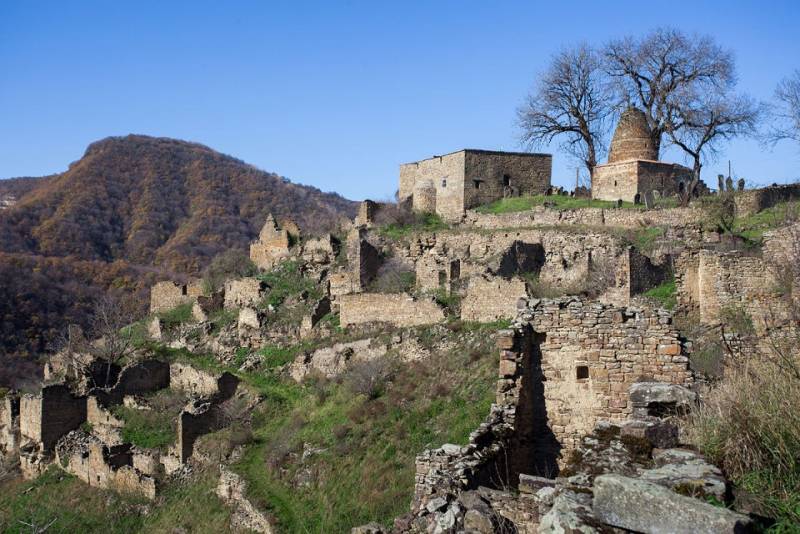 Kala-Koreish (Dagestan)
One way or another, but Tuti-Bike accepted her fate and found herself in a managerial and peculiar public work. In addition, for her time, she received an excellent education in the female madrasah in Kala-Koreisha (one of the capitals of the Kaitag utsimstvo, now on the territory of the Dakhadaevsky district of Dagestan). Condescending to the locals, who, in fact, were also servile of the khan, she quickly earned the love and respect of Derbents. In addition, the tax system during the presence in the ancient city of the Khan himself resembled absolute tyranny and tyrannical robbery. 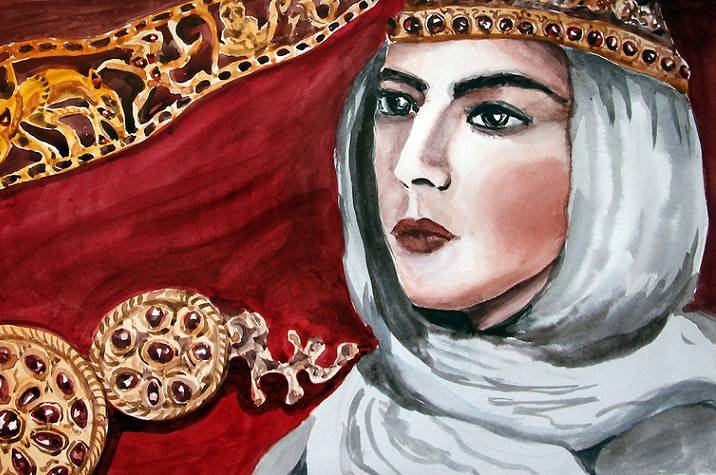 Tuti-Bike (illustration by Evgeny Andreev)
The fact is that the power-hungry Fatali Khan kept the army partly on a hiring basis. At different periods of his reign, the Khan's army reached 40 thousand soldiers. And some of them, among other things, demanded a fee. Therefore, if the next predatory raid on the neighbors by its booty did not compensate for all the needs of the Khan’s troops, Fatali Khan inflated taxes at times compared to previous times.

Tuti-Bike, on the contrary, tried to see Derbent prosperous and did not ruin the local population by extortion, which earned the locals' favor and enjoyed the reputation of a wise, balanced ruler. Moreover, it is generally accepted that the first factories in Derbent appeared precisely thanks to Tuti. And, oddly enough, it was the far-sighted khan who tried to establish diplomatic relations with the powerful empire of the North - Russia.

The clouds over Derbent are gathering

The insatiable Fatali Khan continued his campaigns of conquest, not paying attention to the condition of already conquered lands and moods living in the heads of conquered people. In addition to the Baku Khanate and Derbent, soon the Shemakha (Shirvan) Khanate fell under his onslaught.

Like the wounded Amir-Gamza, and the other owners of neighboring state formations, they looked at the strengthening of Fatali Khan with genuine hatred and apprehension. Despite a series of conspiracies in his own conquered possessions, the Cuban Khan continued to seize new lands. Therefore, he did not notice the formation of a sufficiently powerful alliance against Cuba.

Amir-Gamza and the Tabasaran ruler Rustem-kadiy attacked Cuba while Fatali Khan was in Derbent. Having received these news, the khan immediately advanced with his army to meet the enemy and crossed the Samur River, but apparently underestimated the enemy. In July 1774, a bloody battle took place in the Khudat region on the Kevdushan Plain (Gavdushan). Many noble warriors died. Fatali Khan suffered a severe defeat and, with a small number of close associates, was forced to flee to Salyan, captured by him with the support of local residents back in 1757.

Amir Gamza entered Cuba with his allies. Instantly began the division of the khan’s inheritance. It was decided to give Cuba to the kazikumukh khan Magomed, and Utsmiy Amir himself decided to capture the ancient Derbent, because at that moment his sister was in control there. In fact, the runaway once-powerful Fatali Khan nominally controlled only the Salyans, Derbent and Mugan.

Siege of the ancient city

By the end of the summer of 1774, Amir-Gamza stepped towards Derbent, spreading the rumor about the death of Fatali Khan, whose body he was allegedly carrying to his wife. Amir's trick was a success. Many residents of Derbent, learning the terrible news, rushed away from the city, waiting for another ruin and massacre. Tuti-Bike was in a difficult position. City nobles tried by hook or by crook to slip away from Derbent. The garrison, formally led by Aji Beck, was melting before our eyes. 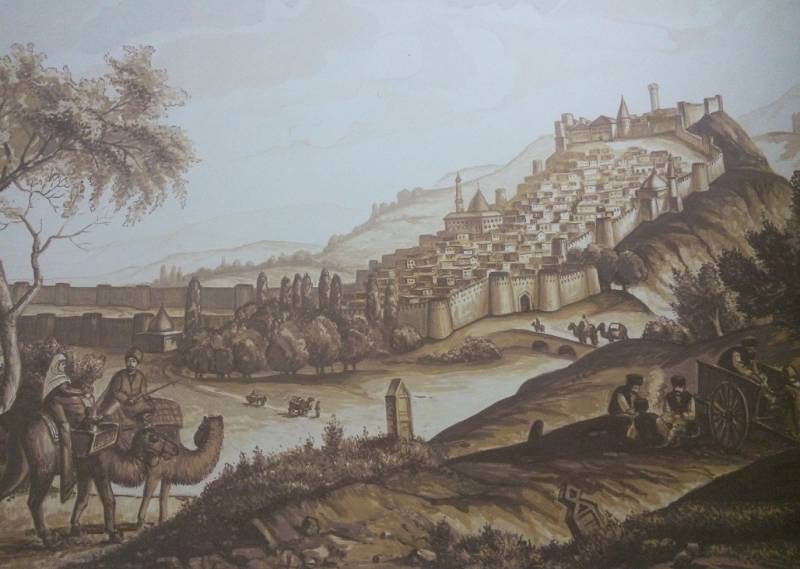 18th century Derbent
According to one version, when Tuti-Bike decided to go to meet a kind of mourning motorcade with the body of her deceased spouse, she was informed that Fatali Khan was alive, and Amir-Gamza’s soldiers were hiding under a stretcher with a “body”. Instantly, the gates of Derbent were tightly locked. In total, the fortress garrison at that time numbered about two hundred fighters, which was clearly not enough for a full-fledged defense against the many-thousand-strong combined army of Amir-Gamza.

What guided Tuti-Bike, deciding to lead the defense of a seemingly doomed city? With love for her husband, whom she saw for an instant, or with love for Derbent, whom she fostered and whose respect was treated kindly? It’s impossible to say for sure. But it was Tuti-Bike who personally stood on the fortress walls and commanded the defense of the city, inspiring the faint-hearted. True, according to legend, the Khansha asked the soldiers not to shoot at her brother.

Here is how the fearless Tuti was later described by the secretary of the Dagestan Statistical Committee and the historian of Derbent at the end of the 19th century and the beginning of the 20th, Evgeny Ivanovich Kozubsky:

“The courageous wife of Fet-Ali-khan, Tuti-bike, the sister of utsmiya, with the firmness of a man defended the city against his brother; she, like a lioness, stood on large ramparts, she herself disposed of everything, fire of large instruments threatening her brother. The troops of Derbent, under the command of Aji Bek, defeated the army and forced him to retreat to Mushkur. ”

So Hansha saved the city. Some time after a series of defeats, her brother died. Despite the recent battles, Tuti came to Kaitag Utsmii to commemorate her brother. Her grief was so severe that there she fell ill and eventually died on her native land. Fatali Khan, grateful to the courageous woman, buried her in Derbent in the mausoleum, in which other khans were later buried. The mausoleum has survived to the present day.

And the deaf general came

However, it is worth adding a little to this story. After the retreat, Amir-Gamza, a restless utmiy, did not immediately surrender. Gathering a new army, Amir again besieged Derbent. This time the city defended itself under the command of Fatali Khan. For 9 months Amir held a siege, sowing great famine and ruining the surroundings. And Fatali Khan would have been killed and hanged on the city walls if he, while still in Salyan, had not sent a plea for help to Empress Catherine II to Kizlyar.

In 1775, the military expedition of General Johann Friedrich von Medem with 2500 regular and 2000 irregular troops marched towards Derbent. The very news that General Medem was moving horrified the local population. At that time, the naughty children in the Caucasus were scared by the saying “a deaf general will come now”, because Medem was a little deaf. 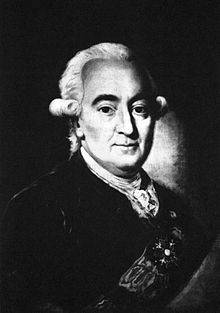 Johann Medem
Utsmiy Amir-Gamza lifted the siege and advanced towards Medem when he camped in the Iran-Kharab tract. It was there that the Kaitag Usmiy Amir was crushingly defeated and fled. Fatali Khan appeared there, exhausted by a many-month siege. He fell to his knees in front of the savior Medem, handed the keys to Derbent and said that he was surrendering to the eternal citizenship of Russia.

These keys, together with a letter addressed to the empress, were sent to Petersburg. But it was still a long way to the complete accession of Derbent to Russia, and Fatali Khan, by habit, was engaged exclusively in expanding his possessions.

We are in Yandex Zen
Unhappy Bahu Bike, Queen of Dagestan
Khiva and Kokand. The armed forces of the Turkestan khanate
11 comments
Information
Dear reader, to leave comments on the publication, you must to register.