“Ideological investments”: hundreds of millions from the US to countries with anti-Russian policies 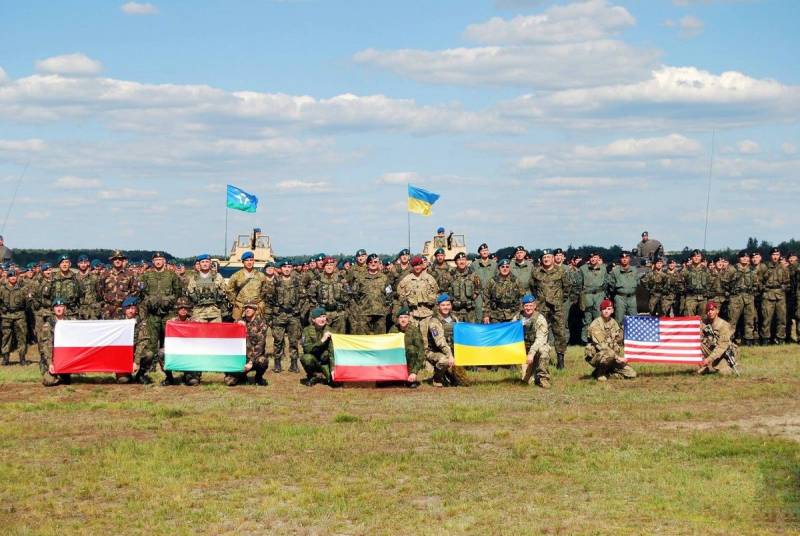 In connection with the start of discussion in the United States of plans for the next, fiscal year 2021, the amounts that they plan to spend there on supporting foreign countries are made public. Those whose main essence of foreign policy is actually anti-Russian activity. Judging by the figures now announced, Washington is not going to save money on creating problems for our country with the hands of its most faithful puppets.


First of all, generous handouts from the US Department of State will be received by those who, as stated in the corresponding accompanying document to the draft budget, “are at the forefront” of the Russian confrontation. Right on the line of fire ... It’s easy to guess, first of all, about countries that have long turned the capitalization of their own Russophobia into one of the main sources of income: about Ukraine, Georgia, as well as the Baltic states. They intend to dump them in full.

Kiev, most likely, will continue to receive more than anyone else: they are planning to allocate $ 250 million for the defense department, as well as another 115 million for defense under the programs of the State Department. Typically, the White House previously proposed limiting aid to Ukraine from the Pompeo department to $ 20 million, but now, as you can see, the priorities have changed. Recall that in the current fiscal year, as many as 300 million were dumped, and 400 million were declared in the military department at the end of last year, 85% of which, according to representatives of the Armed Forces of Ukraine, had already been “contracted”. With these funds, they plan to purchase primarily a variety of "lethal weapons", in particular, coastal defense missile systems.

Particular attention is paid to financing programs for retraining the US “allied” countries according to NATO standards, conducting appropriate maneuvers, trainings and other similar events, the result of which, according to the State Department, should be the appearance in the American guardianship of “officers who understand and appreciate the doctrine, as well as the operational tactics of the US armed forces. ” In particular, more than 25 and a half million dollars will be allocated within the framework of support for such undertakings. The recipients will be the military departments of Georgia, Romania, Poland, Bulgaria and, again, Ukraine. And also Turkey, with which Washington seems to be “in a quarrel” and is in the process of curtailing military cooperation.

Typically, the total amount of military assistance to foreign countries, Donald Trump intends, according to his declarations, to reduce, quite significantly, by 21%, or, in monetary terms, by almost 11 billion dollars. Dove of peace? That is unlikely. The head of the White House simply transfers money from one "pocket" to another: at the same time, he announced the need for an urgent increase in funding for the American International Development Finance Corporation (DFC). Instead of $ 150 million this year, up to $ 700 million next year. And it is precisely this money that the president quite specifically plans to spend on the “confrontation of Russia”. If we consider that we are talking about allocating the above amount to the countries of Europe, Eurasia and Central Asia, then you can not break your head about specific recipients: all the same countries mentioned above, plus, possibly, a number of Central Asian former Soviet republics.

By the letter of the budget, these expenses will not be considered military, however, what area do you want to refer to when it comes to providing financial assistance to "US partners" for such tasks as "protecting territorial integrity", "maintaining security", and, much more specifically , - "abandonment of any weapons systems produced in Russia"? There is no doubt Trump knows how to count, and the lion's share of these handouts will return to the United States, making up the profits of the local corporations that are part of the military-industrial complex.

Incidentally, the “ideological front” and “ideological investments” are not forgotten, by the way, in the projected state budget: they want to allocate purely 24 million dollars to confront our country in the information sphere through the same DFC. A good amount for brainwashing! As you can see, Washington does not spare money to finance the war with Russia, conducted secretly and explicitly, realistically and virtually.

We are in Yandex Zen
What to do with the refugees? Eastern Europe to host thousands of Africans and Asians
Results of the week. "Well, do not change me because of every idiot!"
81 comment
Information
Dear reader, to leave comments on the publication, you must to register.