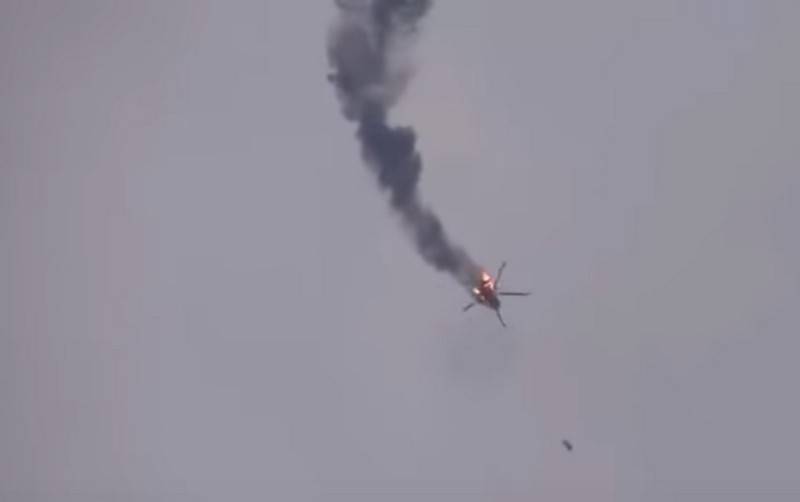 Syrian government forces lost a Mi-17 helicopter of the country's air force in the area of ​​the city of Neyrab, Idlib province. This was reported by the TRT channel, citing a video presented by military analyst and journalist Babak Tagway.

The defeat of the Syrian Air Force helicopter was confirmed by the Ministry of Defense of Turkey, while not specifying who it was shot down by. According to the Turkish military, the Syrian government forces retreated from the city of Neyrab.


At the same time, Turkey continues to transfer units and military equipment to the territory of Idlib province. According to Milliyet newspaper, the Hatay Turkish province of Syria, bordering Syria, has already arrived and is ready to cross the border of the convoy with special forces and armored vehicles. In addition, 43 freight cars with armored vehicles and ammunition arrived in the city of Iskenderun to strengthen border units.


Earlier, the Turkish military department announced the attack on Syrian government forces, during which a Syrian helicopter was shot down, three were destroyed tank and "neutralized" 101 Syrian military.
Ctrl Enter

We are in Yandex Zen
Sky News: The channels of military communications in Syria have long been faltering. And IL-20 is no exception
Reports from the militia of New Russia for 1 September 2014 of the year
99 comments
Information
Dear reader, to leave comments on the publication, you must to register.