Turkey now has its own “Afghanistan” 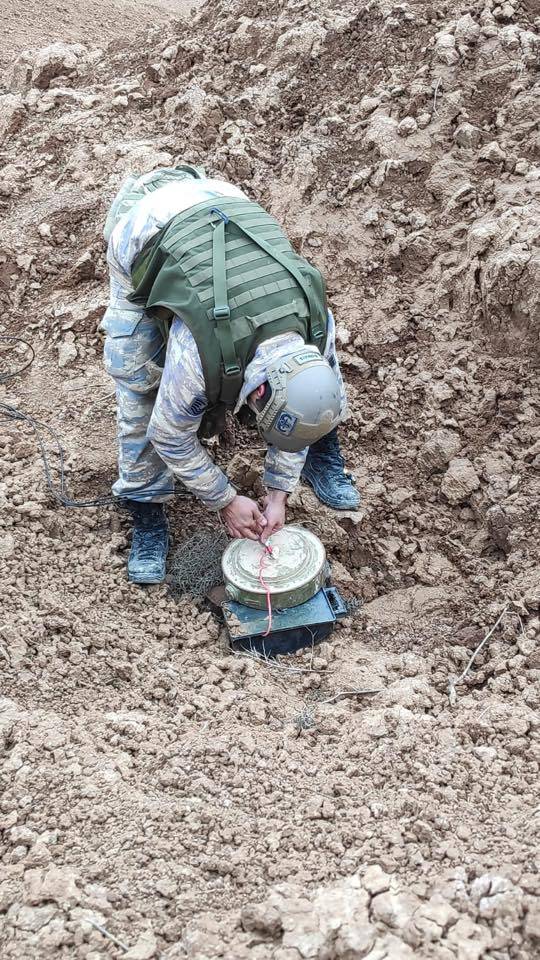 East is a dark matter

Have you tried to determine for yourself your attitude to today's Turkey? Or attitude to Turkish President Erdogan? We are friends? Are we allies? Are we just united by the same enemy? What is our relationship with the current government?

These questions today for most Russians do not have a clear answer. If you look at the official chronicle of the meetings of our President Vladimir Putin with President Erdogan, you get the impression that we have "peace, friendship, tomatoes."

If you look at our former "brothers", then you come to the understanding that it is not so simple. Erdogan is not at all shy in expressions in relation to Russia. He stresses in every possible way that he will support the killing of "separatists in the Donbass." He talks about military and humanitarian aid to the “victims of Russian aggression” from Kiev.

About the third point of view, which is widespread today among our military in Syria, I wrote above. They also read and listen to the speeches of Erdogan and members of the Turkish government. Including heard about the "unbearable situation" in Idlib. And they heard about the connivance of Russia to the Syrian regime. But what is this if not a direct accusation?

Why do Turks need sacred sacrifices in Idlib

Remember the situation that caused the mutual blows between Syria and Turkey? The very death of the Turkish military from the fire of the Syrian army? I will not voice my own opinion on this issue. Official posts are more interesting.

"Units of the Turkish troops in the dark from February 2 to 3 without notice to the Russian side made movements inside the Idlib de-escalation zone and came under fire from Syrian government forces on terrorists in the area west of the settlement of Sarakib."
"... the parties to the conflict were notified in advance about the coordinates of the deployment of Turkish troops, but, despite this, an artillery strike was inflicted on the area of ​​their deployment."
The first message, as you know, is from our Moscow Region. The second is from the Turkish MO. Who to believe? I tend to believe our military. Just because all the previous negotiations on Idlib, and they started back in 2017, ended with “important decisions” that the Turks simply did not implement. It is the Turks!

What is done from what was signed by Putin and Erdogan in September 2018? Nothing. And from what was signed a year later, in October 2019? Exactly the same! Is Turkey’s position on political issues so important to us? Why are we sacrificing our own soldiers and officers for some “strategic alliance” with the Turks?

Assad was pushing hard for a military solution to the Idlib issue. How many times have words been heard in Damascus about the desire to establish control throughout Syria? Idlib, by the way, is the last province that remained under the control of the pro-Turkish opponents of President Assad. It is this fact that President Erdogan uses.

Twice pushing President Assad to a military decision to end with the bandits in Idlib last summer, when Putin managed to stop the war by the September meeting, and in December last year, Erdogan nevertheless achieved his goal. The Turkish military suffered casualties from the fire of the Syrian military. A sacred sacrifice was made!

Idlib for Turkey today - as once Afghanistan for the USSR

Why is Turkey taking extremely unpopular steps? War, no matter how victorious it may appear before the start, always brings sorrow to the homes of civilians. And it always causes bitterness of the people against their own leadership. Moreover, it is possible to justify the death of soldiers by protecting their own borders, territories, military bases, but it is difficult to justify the deaths of soldiers during an attack on another state. So why should Erdogan heat up the situation inside the country?

Alas, geopolitics. We, Russia, helping Syria, the Syrian president, have shaken the situation in the region quite strongly. How calm it was before our appearance to the bandits in Syria ... Their sponsors are even calmer ...

The Americans, at the head of the Western coalition, languidly fought with gangs in Syria. Israel, with complete impunity, attacked the territories of other countries "for the purpose of national security." Iran, simply because it cannot be brought to its knees by military means, is the traditional “outcast” of the region, to blame for all the stupidities and meannesses. Well, Turkey. European country, one of the real military monsters of NATO. A sort of "sultan" of the region.

Russia, not even wanting this, significantly reduced US influence. Nobody is talking about the unlimited power of the Americans. Hence the concern of the Israelites.

Hence the appearance in the West of talk about strengthening Iran and the need for sanctions or even a military operation against this country. True, they are more interested in the timing of the completion of the atomic bomb. Especially in Tel Aviv.

Turkey is losing a lot. Previously, when mentioning that Turkey is a member of NATO, it was possible to crush neighbors with its authority. The effect of a young badass in the company of hooligans. Now this mention is causing a smile. We saw, we know ... your NATO.

Idlib today is a hot spot where regional leaders are identified. Three serious forces, Iran, Turkey and Syria, will try to assert their dominance in this part of Asia.

Everything is clear with Iran. More precisely, it is not clear. That’s why it’s scary to contact him. The Americans have tried. It turned out ugly, an unexpected dentate came in response. Yes, and the calm advice "to protect your face and not to go wherever they ask."

It is the same with Syria. It is clear that Russia is there for a long time and the West will not meddle there. At least until the Russians relax their grip. Syria will only increase. This is already evident from what is happening there.

Idlib is still nobody's. He was not freed by the Syrian army. He was taken by the Turks. It is not controlled by the Americans. The gray area of ​​Syria. And here there is an opportunity to show neighbors their strength. Your right to dictate.

In my opinion, this is what dictates the arrogance of the Turkish president. And actions aimed at worsening Russian-Turkish relations fit perfectly into this point of view. For Erdogan, Russia is just the fourth contender for dominance in the region.

The conflict in Idlib will not be resolved long enough. The only solution that peace can bring to this region of Syria looks very grim. A lot of blood, a lot of deaths, a lot of grief. Turkey will participate in all negotiations. The Turkish president will sign regular papers. And "on the ground" will be shot by bandits from one side or the other. There will be isolated deaths. And there will be no peace.

We can say with confidence about the appearance of the Turks own "Afghanistan" ...

We are in Yandex Zen
Results of the week. "Professor, his tail fell off!"
Situational analysis of the death of the MH17 flight (Malaysian Boeing 777), made on the basis of engineering analysis from 15.08.2014
31 comment
Information
Dear reader, to leave comments on the publication, you must to register.