Recent developments in Syria: Hmeimim base attacked from Idlib 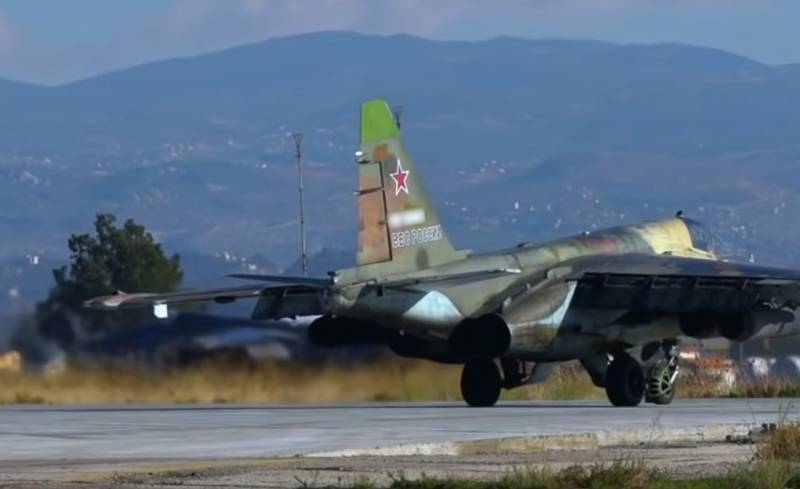 The Russian military base Khmeimim in Syria has again become the target of attacks by militants. In February 2020 alone, two unmanned aerial vehicle attacks were repelled.

Major General Yuri Borenkov, the head of the Center for the Reconciliation of the warring parties in Syria, said that on the evening of February 9, two attacks were repelled by means of air defense of the Khmeimim air base. The first was accomplished with the help of a drone that flew in from the north-east direction and was shot down 2 km from the base by the Pantsir missile system. The second drone flew from the north-west direction and was destroyed 6 km from the base. No one was hurt as a result of the attacks.

Prior to this, on February 3, 2020, there was already an attempt to attack a Russian military base with the participation of an unmanned aerial vehicle of unknown origin. The drone flew to the base from the side of the Mediterranean Sea and was also shot down by air defense systems. Similar provocations against the Russian military base took place in January as well, to no avail, since the air defense forces covering Khmeimim work perfectly.

Over the past two years, more than 100 unmanned aerial vehicles have been destroyed, with which terrorists tried to attack a Russian military facility. Nevertheless, despite the obvious effectiveness of air defense systems, Syrian militants do not leave any hope of causing at least some damage to the Khmeimim base. Therefore, attacks continue regularly.

Interestingly, at present, attacks on the Khmeimim base are being carried out from the territory of Idlib - the very one that Turkey insistently demands from the Syrian government troops and Russia to stop strikes. In 2018 in Sochi, the presidents of Russia and Turkey, Vladimir Putin and Recep Erdogan, agreed to create a demilitarized zone in Idlib. Now drones are launched from this demilitarized zone to attack the Russian military base. And this is not surprising: the demilitarization of Idlib in the understanding of Erdogan implied the absence of Syrian troops in the province and city, but by no means the withdrawal of opposition formations from the territory of Idlib.

Today, Idlib remains the main stronghold of militants in the north of the country and the fact of the presence of armed terrorist groups in the city and its environs is a very big threat to the security of not only the Syrian troops, but also the Russian military base.

It is clear that the presence of the Russian military in Syria is the strongest annoying factor for opponents of President Bashar Assad. If Russia had not at one time intervened in the Syrian civil war, with a very high probability Damascus would have been taken by the militants long ago, and Assad could well comprehend the sad fate of Muammar Gaddafi and Saddam Hussein.

Having corrected the situation, Russia became the "number one enemy" for the Syrian militants. Since the existence of Russian military bases in Tartus and Hmeimim is not beneficial for other military and political actors in the region — the United States, NATO, and Turkey — it’s clear that American or Turkish representatives will not respond to attacks by militants, but they will constantly focus on Russian and Syrian attacks on Idlib.

By the way, at the same time, when the Russian military base was attacked by Idlib, the Turkish armed forces introduced into the territory of this province were attacking the positions of the Syrian government forces. On February 10, Ankara reported on attacks on 101 Syrian targets, reporting that 3 Syrian tanks were hit and 1 helicopter was shot down. Judging by the photos published on the network, the helicopter was not shot down, but damaged. Turkish President Recep Erdogan announced the destruction of 76 Syrian soldiers and officers.

The Turkish leadership claims that the attacks on the Syrian troops are exclusively retaliatory in nature: allegedly as a result of the offensive of the Syrian Arab army, Turkish troops are dying. But it is clear that in reality Turkey came to the aid of the militants she supported, who settled in Idlib. Indeed, the amazing successes of the Syrian government forces in recent weeks have left the Turks in no doubt: if you do not intervene in the situation, then Idlib will soon be taken by Assad’s supporters.

We are in Yandex Zen
Situational analysis of the death of the MH17 flight (Malaysian Boeing 777), made on the basis of engineering analysis from 15.08.2014
Syria: the rebels do not give up because they do not want to die
Military Reviewin Yandex News
Read Military Reviewin Google News
76 comments
Information
Dear reader, to leave comments on the publication, you must to register.