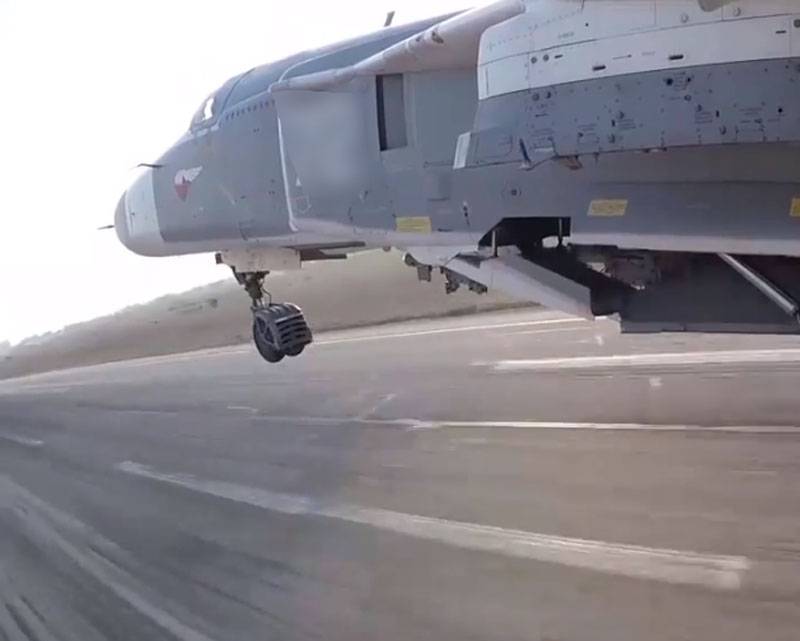 Images appeared on the network with an interrupted landing of the Su-24 front-line bomber. It is reported that the incident occurred in January of this year, but the specific airport is not called.

From the frames it is clear that the crew received a command, which implies an interruption of the landing process, at the very last moment. Flight Manager:

Turns to the maximum!
The bomber managed to gain height again, but at the same time, with the back part, he touched the runway.

After climbing 50-60 m, the crew was informed what was the reason for the abrupt cancellation of the landing. The pilots learned that only the front landing gear reached the aircraft during an attempt to land on the airfield.

If the video is not training, then the composure of the flight director can only be envied.
Ctrl Enter

We are in Yandex Zen
Reports from the militia of New Russia for 27-28 September 2014 of the year
Yuri Drozdov: Russia prepared the role of the sacrificial calf
104 comments
Information
Dear reader, to leave comments on the publication, you must to register.