Europe without a cross on the neck: what happens to European Christianity 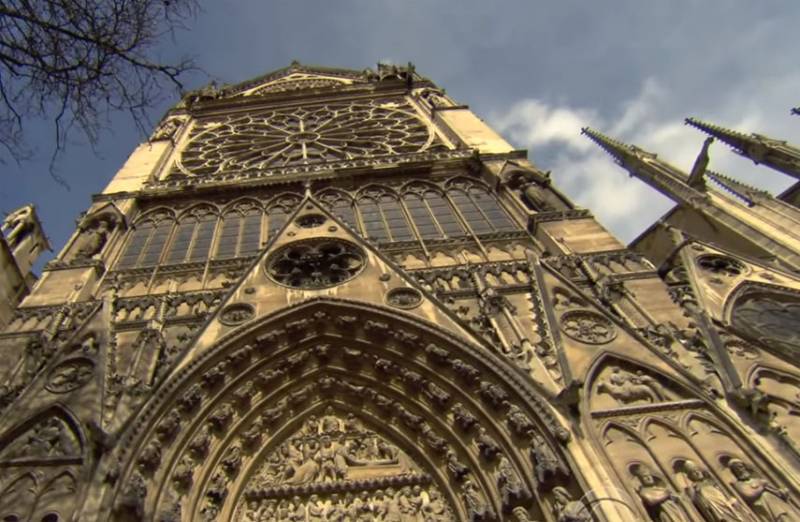 With the filing of Patriarch Cyril, a discussion arose in Russia about the inclusion of a mention of God in the Constitution. In a number of Western countries there is such a record. Only here, many of their politicians already call themselves post-Christian civilization: Europe without a cross on the neck.

What is the meaning of such self-identification is difficult to understand. Everyone puts their own meaning into this concept. However, there is one thing that unites all carriers of the new meme - the rejection of Christianity. It manifested itself in Europe, as a consequence of the policy of multiculturalism.

At the end of the last century, Western leaders, with perseverance close to obsession, began to impose this newfangled policy on society. Behind the beautiful words about “the parallel existence of cultures for the purpose of their mutual penetration, enrichment and development in the general human channel of mass culture” was actually a quite pragmatic calculation - to facilitate the adaptation of the continent, and maybe assimilation, to migrants not characteristic of Europe's faiths.

An aging Europe wanted at the expense of migrants to improve its demography, to support the economy with labor resources. To do this, I had to sacrifice principles, primarily Christian ones. Since the new settlers of Europe did not really like the traditional religious holidays and traditions.

Believing Christians are less likely to go to temples. Without the former community support, churches were dilapidated and closed. In Germany alone, from the beginning of the 90s, about a thousand temples of traditional denominations of the country were closed.

True, the Germans themselves were also affected. Believers in Germany pay church tax. They themselves declare which denomination they are ready to support with money. Then, local authorities organize tax collection and give money to churches.

Three to five percent of the collected money flows into the local budget, the rest - to church communities. With the decline in popularity of religious services, the burden on other believers began to increase. They began to massively refuse the tax.

The explanation was very simple: the priests were mired in sins, many were convicted of pedophilia (which is true). The financial support of such people loses its former religious meaning.

Mosque instead of church

Experts argue about the incentives of Europeans who abandoned many years of church tradition. Another thing is important. Temples became unclaimed and were leased or sold for completely different purposes. The churches housed columbaria, restaurants, leisure clubs, etc.

The Lutheran church Capernaum in Hamburg, for example, was sold as a kindergarten. At least, such goals were declared by the company that bought the temple building. After a while, she resold the building to the Nur Islamic Center, which unites migrants from North Africa.

The center quickly converted the church into a mosque, and the 44-meter bell tower into a minaret. Former parishioners of Capernaum, such a reformation warped, but, in the end, the Lutherans took it as a fact and quietly reconciled.

The alteration of the church in Hamburg did not become an extraordinary event for Germany. The niche freed by Christians was filled by Muslims. Almost everywhere they began to buy churches that were being freed up as unnecessary and remodel them into mosques.

Today, Friday prayers of Muslims are held in the former Christian churches of Berlin, Dusseldorf, Cologne, and other big and small cities in Germany. Similar examples can be found in many European countries that have actively encouraged migration from Muslim countries.

Already at the end of the zero years of the new century, European leaders openly began to say that the policy of multiculturalism had failed. It was not accepted primarily by newcomers to the continent. They remained faithful to traditional religion and culture.

Europeans themselves, freed from church prohibitions and commandments, advanced the new policy well, very far. The institution of the family has been called into question, same-sex marriages, gender mixing, and other previously unthinkable things have appeared.

A few years ago, Stephen Bullivant, a professor of theology and sociology of religion at St. Mary’s University in London, conducted a study. The scientist was interested in the prospects of Christianity: how much the current youth is churched, how immersed is it in religion.

A survey of youth aged 16 to 29 shocked Bullivant. The least religious country in Europe was the Czech Republic. Here, 91% of representatives of the interviewed age group admitted that they do not belong to any religious denomination. In Estonia, Sweden, and the Netherlands, approximately 70-80% of young people described themselves as unbelievers.

The picture is changing only in Poland and Lithuania. Here, 17 and 25 percent of young people do not associate themselves with religion, respectively. Analyzing the survey data, Stephen Bullivant came to the sad conclusion: “By default, Christianity in Europe, as a norm, is leaving and is likely to leave forever - or at least for the next hundred years.”

Is this good or bad? The question is not simple. To be a Christian or not is a personal matter. But he should not ignore the culture that has been formed over the centuries from religious norms and institutions and rooted in the mentality of the people.

The declaration of post-Christian civilization is somewhat reminiscent of the famous Russian expression about "Ivanov, who do not remember kinship." Wise people saw this as a danger to their future. Lovers of newfangled theories should not forget about it.

We are in Yandex Zen
The migration problem of Europe in the light of the French events: is there a solution?
Results of the week. "God forbid to see Russian revolt, senseless and merciless!"
291 comment
Information
Dear reader, to leave comments on the publication, you must to register.