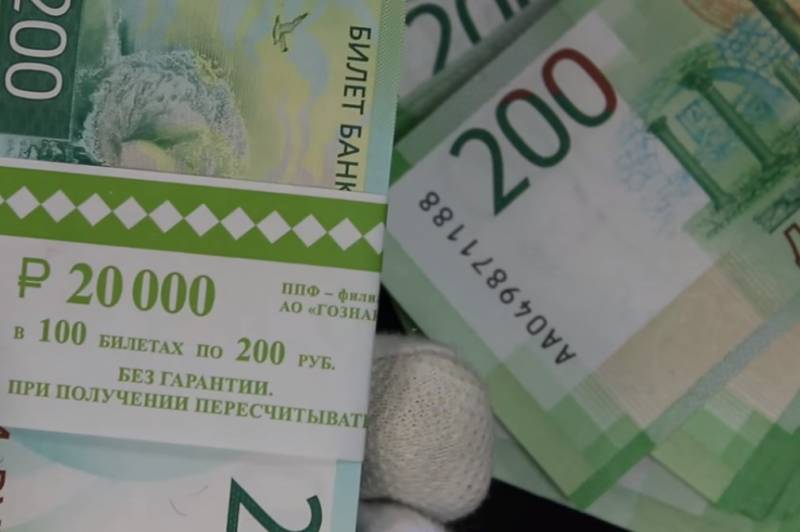 
This is reported by the publication "News".

This happened for the first time since 2010. Then the Russian Federation received 53 billion rubles from borrowers, and paid them 14 billion.

Another record set by the Russian Ministry of Finance is the amount of debts collected. It is the highest in the last decade. The previous record was set a year earlier, when Russia returned 133 billion rubles.

Over the past decade, Russia has issued loans to foreign countries in the amount of 1,3 trillion rubles, and returned 800 billion.

Deputy Minister of Finance Sergey Storchak explains the intensification of payments by the maturity of the loan body of 5-6 large borrowers. In addition, the department has become more demanding on the timely return of debts. This is due to the aggravation of the geopolitical situation.

The total debt of foreign countries of Russia is about 35 billion dollars, which in terms of rubles is approximately 2,2 trillion. The largest borrower at the moment is Belarus.
Ctrl Enter

We are in Yandex Zen
Russia and North Korea settled debt in 11 billion dollars
December 2010 years. Russian March. Senseless and merciless? Notes not a Russian person
141 comment
Information
Dear reader, to leave comments on the publication, you must to register.