Followers of Mavrodi: activity of financial pyramids in Russia 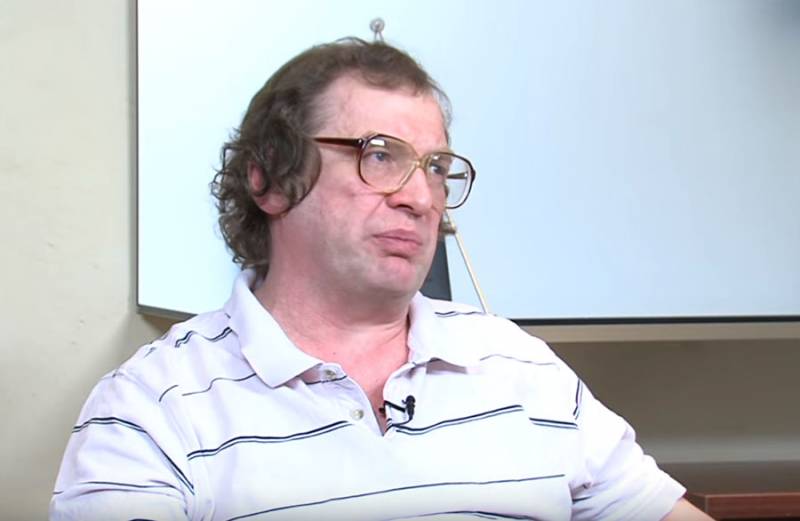 The Central Bank of Russia reported on the identification in 2019 of organizations with signs of financial pyramids. They were found by 237, which is 1,4 times more than in 2018 - then there were 168 such companies.

Following the example of the infamous MMM

Valery Lyakh, director of the Bank of Russia Anti-Illegal Activities Department, who shared this information with reporters, said: most of the financial pyramids worked as Internet projects and limited liability companies — 55 and 88 structures, respectively. Followers of Sergey Mavrodi are active in our country today.

But he gave additional information. Last year, the Central Bank identified 2,6 thousand illegal organizations in the financial market. Among them were 1,845 thousand "black lenders." 210 organizations illegally provided services in the Forex market.

In a word, the choice for simpletons who are ready to give their money to scammers is great. Yes, and there are still many of these people, despite the severe vaccination from the financial pyramids received by society in the dashing nineties.

Then, as we recall, millions of people, deceived by financial fraudsters, lost their money. Only in the infamous MMM, organized by Sergei Mavrodi, 10 million people lost funds equivalent to 100 million US dollars. This is estimated by the prosecutor.

Experts call much more impressive figures - 70-80 billion dollars. People lost their apartments, property. 52 people committed suicide. And there were also the "Russian House of Selenga", "Khoper-Invest", "Lord" and other fraudulent companies. They covered the whole country.

Rogues are looking for new ways to cheat

Today the situation has changed. The financial pyramids are mostly regional in nature. As a rule, they arise at the end of the year when people have bonuses, bonuses and euphoria of new plans. Having collected money, fraudsters by the end of the first quarter disconnect from investors. The pyramid bursts.

Approximately according to this scheme, the Sberfinans credit consumer cooperative acted in Kazan and Izhevsk. Its organizer, a certain Rustam Khayrullin, only in the capital of Udmurtia, has robbed 60 people. Trusting people, having bought the Sber logo, transferred money to the fraudster's personal bank account. So Izhevsk "cooperators" at once lost 7,7 million rubles.

Another example can be taken from the south of the country. Here, the commercial and investment company JIF had offices in Krasnodar, Rostov-on-Don, Novorossiysk, Maykop, Sochi, Armavir and Kropotkin. Having promised people high interest rates, the organizers of the pyramid robbed 1236 people of money. According to the prosecutor’s office, the damage from JI Ey’s activities amounted to 1,1 billion rubles - an average of 890 rubles per depositor.

The Central Bank revealed the largest financial pyramid in the fall of 2018. The Cashbury group has worked across almost the entire country. According to estimates of the Bank of Russia, voiced by Valery Lyakh, several tens of thousands of people took part in the “draft”.

The amount of damage (estimated) exceeded 3 billion rubles. More accurate data will be called the investigation and the court. This is a long business; it takes years. Meanwhile, former Cashbury CEO Arthur Vardanyan is embarking on new projects promoting them on the Internet.

Who protects us from scammers

By the way, the current deceived investor is different from his predecessor from the nineties. He is younger (the average age is a little over 30), is advanced in gadgets and the Internet, is easily maintained for various applications and offers, flaunts a possible risk.

Experts paint the portrait of this investor as follows: "The combination of a small capital with a lack of historical experience and a low level of financial literacy leads to the fact that people forget about the basic signs of a financial pyramid and lose money."

Modern technology has opened up new opportunities for scammers. In their schemes, they use cryptocurrency, attract money through social networks and special sites. Valery Lyakh noted another feature of the current financial pyramids. Almost half of them (43%) operate from the UK. It looks like our ex is naughty.

However, fraudsters are still abundant in their homelands. According to the Federal Public-State Fund for the Protection of the Rights of Investors and Shareholders, every day 27 people suffer losses from the activities of the financial pyramids, the amount of damage is 1 million rubles for every 7 hours of time.

The figure is undoubtedly large, but very approximate. The Fund calculated it only according to the statements of the victims who turned to him for help. The real losses of investors are not even known in law enforcement agencies.

They are struggling with this infection. Many people think that they are not fighting enough. So we should rely more on ourselves. Our own caution, prudence and a bit of financial literacy will help us protect ourselves from scammers. Without it, it’s better not to experiment with your money.

We are in Yandex Zen
Situational analysis of the death of the MH17 flight (Malaysian Boeing 777), made on the basis of engineering analysis from 15.08.2014
Results of the week. "God forbid to see Russian revolt, senseless and merciless!"
78 comments
Information
Dear reader, to leave comments on the publication, you must to register.