“Your Majesty, Brexit to you”: The United Kingdom may “disconnect” 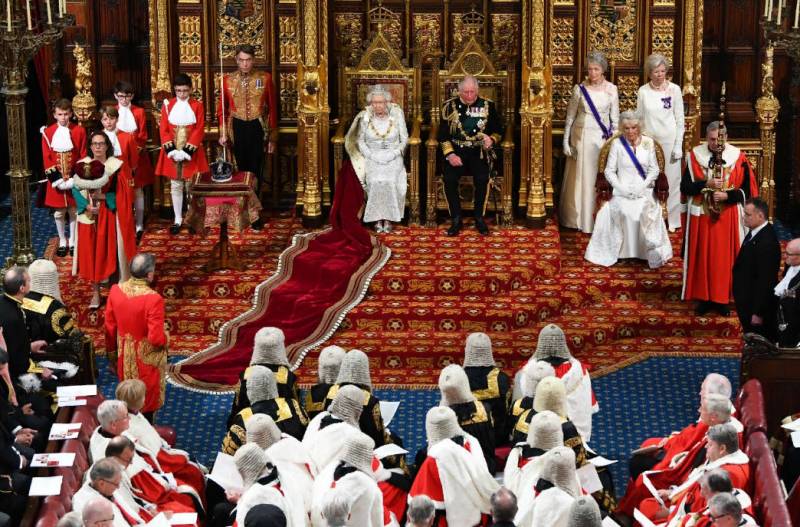 On the night of Friday to Saturday, the UK formally withdrew from the European Union. On Friday evening, the British government arranged a festive illumination in central London. Prime Minister Boris Johnson addressed the people. The Royal Mint issued a 50 pence commemorative coin with the inscription “Peace, prosperity and friendship with all peoples” and the date “January 31, 2020” on the reverse.

Britain has difficult negotiations ahead

The holiday died down. At the headquarters of the European Union, the British Union Jack was quietly lowered from the flagpole. Prime Minister Johnson will no longer sit here at EU summits. British ministers will not go to Brussels to discuss the activities of the European Union. The cabinets in the European Parliament were freed 73 deputies from Britain.

Perhaps today these are the most felt consequences of the held Brexit. In the everyday life of the British and their European neighbors, no visible changes have occurred. A transitional period of one year has begun. Until December 31, 2020, the British government has to agree on free trade with the EU, the United States and, at least, with the G20 countries, in order to avoid a “collapse brexit” for its economy.

This task is extremely difficult. For example, Europeans insist on the access of their agricultural products to the British market. The islanders now, on the contrary, have the opportunity to purchase food in countries where its price is much lower.

The same situation in fisheries. A number of EU countries require unhindered access for their fishing vessels to British waters. Meanwhile, the British themselves would like to end this practice after leaving the EU. Actually, local fishermen voted for Brexit for this.

There are many such acute issues on the bilateral agenda. All of them must be worked out, agreed upon, and secured in the relevant agreements. As it will be? At one time, the European Union reached a trade agreement with Singapore only after 9 years of negotiations, with Canada - after 8, Japan - after 6. Therefore, experts doubt that the British government will be able to cope with such a difficult problem in less than a year.

The queen about the state of affairs with the "arrival of Brexit" reported long ago. Her Majesty prefers to continue to reflect on the consequences against the backdrop of a family scandal with her grandson and his wife, who flew to the United States.

How can the United Kingdom “disconnect”

Anxiety is growing inside the country. The smell of freedom was felt in Northern Ireland. There has previously been a strong movement for secession from the United Kingdom (UK) and unification with Ireland. In the recent parliamentary elections, parties of this kind received more seats in the House of Commons than supporters of a single UK.

Now in Northern Ireland this is the alignment of forces. According to a recent survey: 46% of Northern Ireland residents support leaving the United Kingdom and entering Ireland, 45% are against. The rest have not yet been decided.

The population of Scotland split in two, with the only difference being that 44% of the population of the region are supporters of independence, and 56% are opponents. However, the power of this autonomy is strong nationalist position. The Scottish National Party dominates the local parliament; its leader, Nicola Sturgeon, leads the Scottish government.

On Friday, Sturgeon promised that Scotland would return to the European Union as an independent state and recalled that 62% of Scots in a 2016 referendum voted against leaving the EU. In accordance with the statement of the first Minister of Autonomy in Edinburgh, Glasgow, Aberdeen, Dundee and other Scottish cities, rallies and marches against Brexit took place.

All this threatens the United Kingdom to become "disconnected." And this will be a real blow to the queen, the dynasty, the entire British monarchy.

It became troubled in the distant enclave of Britain - in Gibraltar. To him, experts paint a very apocalyptic picture. In the event that London does not reach an amicable agreement with Brussels on free trade before the end of the year, Gibraltar expects a shortage of food and essentials.

This conflict is compounded by the fact that 95% of the population favors the preservation of Gibraltar as part of Britain. At least that's how people here voted in the 2016 referendum. Meanwhile, it is known that Spain claims to Gibraltar. Out of harm, Madrid can delay or even block trade negotiations between Brussels and London.

Understanding this, the Chief Minister of Gibraltar, Fabian Picardo, called on the British authorities not to extend the effect of the agreement on a free trade zone with the EU to the enclave. Picardo's statement added even more confusion to the agenda of the upcoming talks with the EU, and so promising big problems to their participants.

This whole picture after the Friday holiday Brexit shows that the year for the British authorities will be very difficult. But there is no turning back. Until January 31, the British government could still theoretically withdraw its application for withdrawal from the European Union.

Now, if London decides to return to the EU, it will have to go all the way a newcomer, as did the countries of Eastern Europe. So today, the British government has no other option but to agree with continental Europe on mutual free trade. These negotiations promise to begin in February.

Preliminary result: "Your Majesty, Brexit to you." But the queen is still silent. But as the squirrel in the wheel turns Mr. Johnson, who turned out to be more determined than Ms. May.

We are in Yandex Zen
British referendum brought to Europe a crisis with unclear consequences
Grandma in two said
39 comments
Information
Dear reader, to leave comments on the publication, you must to register.