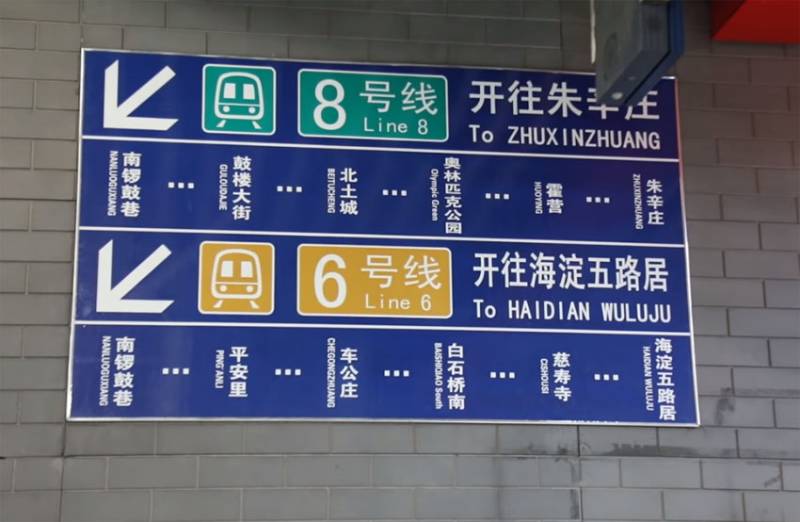 Thousands of newspaper pages have been written about the coronavirus epidemic in China. Basically, we are talking about the sick, the dead, the features of the infection that fell on people and the actions of local authorities to eliminate the epidemic. However, in recent days, new notes appeared in the media.

They write that the virus is of artificial origin. Like, he left the profile biological laboratory in focal Wuhan. Moreover, an American virologist worked in it, who now escaped across the ocean under the protection of his government, in whose interests he allegedly released the 2019-nCoV virus.

This scribble is the easiest way to dismiss. However, why did it arise? The fact is that now the economic consequences of the coronavirus epidemic for China have begun to manifest themselves. He is already suffering enormous losses. At first, this affected the tourism business. Then the air traffic stopped, the passenger rail service.

Then things went on increasing. German automakers BMW and Volkswagen announced the suspension of production at their plants in China and the extension of New Year's holidays for employees - until 10 February. An example of the Germans was followed by the Swedes. Volvo also extended its employees' vacations.

Exactly the same measures were taken by the American company Apple. She closed her offices and stores until February 9th. Google ceased operations in China and recommended that employees return home and work from home for at least 14 days.

Even more dramatic история happened with the German company Webasto. A colleague from China arrived at her headquarters in Stockdorf, near Munich. Four employees of the company were immediately infected from her. All of them were placed in a Munich detention center, and the company’s office was quarantined.

Meanwhile, Webasto has 50 enterprises around the world, including 12 in China, and one in Quarantine Wuhan in general. The company is now experiencing difficulties not only with enterprises stopped in China, but also with the management of other assets.

Examples of the panicky mood of foreign business can be continued. It is important that his actions provoked a collapse in the stock markets of China. The Shanghai Composite Index in periods lost more than eight percent. I had to intervene in the situation to the Central Bank of China.
On Sunday, the Central Bank of China announced that since February 3, it has replenished its liquidity in the market in the amount of 1,3 trillion yuan (156 billion euros)!

After that, the total liquidity in the banking system will be 900 billion yuan higher than for the same period in 2019. The bank hopes its measure will restore stability in the country's foreign exchange and financial market. However, experts doubt that in the long run this measure will give a positive result.

Still, liquidity does not interrupt even a partial, but a halt to economic growth. According to experts at Bloomberg Economics, coronavirus will inevitably deliver a crushing blow to the manufacturing sector. Already in the first quarter, the PRC economy will grow one and a half percent slower than planned, and by the end of the year, growth is unlikely to exceed the level of 4-4,5%.

These forecasts of American experts are very approximate, because today it is not clear the main thing is how long this epidemic that has hindered the Chinese economy will last. One thing is obvious: by February 10, it certainly will not end, and the new additional “vacation” of business is another blow to the PRC economy.

Hence all these conspiracy theories about the intentionally launched virus. “I must admit,” says economic analyst Sergei Barashkov, “that in just a month of the existence of a new infection, China suffered tremendous losses. This gives reason to talk about the artificial nature of the origin of coronavirus. "

In other words, the beneficiary is visible in the epidemic. Experts do not directly point to China's main economic competitor. But weakening of the PRC is certainly beneficial to Washington. This will allow him to maintain his leading position in the world.

It is no accident that President Trump included in the working group to combat the coronavirus in the United States not only “leading experts in the field of combating infectious diseases”, but also Assistant to the US President for National Security Robert O'Brien and First Deputy Secretary of State Stephen Bigan.

White House spokeswoman Stephanie Grisham explained in this connection: "The risk of infection for Americans remains low, and all departments are actively working to monitor the constantly evolving situation and keep the public informed of events."

The mention of "all departments" has enraged the media. They remembered how Trump called on American business to return production facilities to America. Today is the best time for this. If the passions around the coronavirus continue, then China risks losing the recently won first place in the global economy. In fact, the coronavirus is already doing everything to dump China from the first stage of the global economy.

Earlier in China it was said that the peak incidence will occur on January 30-31, but the situation is that with each new day there are more and more patients with coronavirus.

We are in Yandex Zen
Chinese coronavirus: truth and myths
Situational analysis of the death of the MH17 flight (Malaysian Boeing 777), made on the basis of engineering analysis from 15.08.2014
101 comment
Information
Dear reader, to leave comments on the publication, you must to register.