Ukrainian intruder boats returned by Russia will send for repair 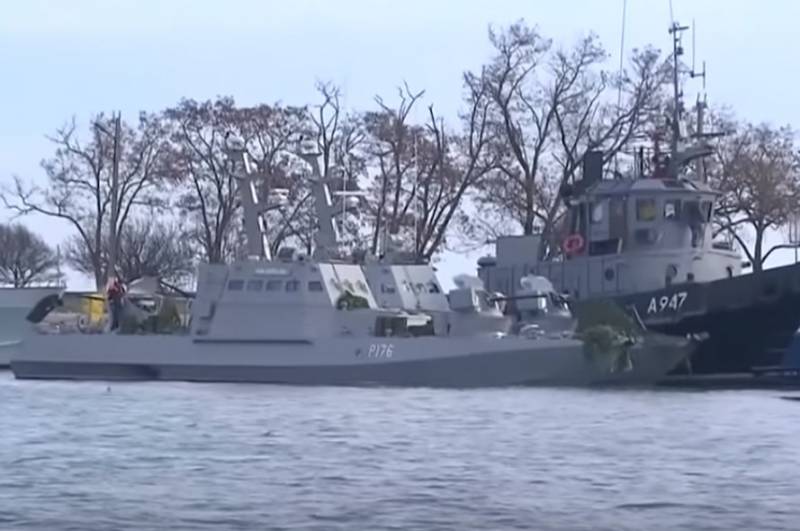 According to the commander of the naval forces of Ukraine Igor Voronchenko, the fleet will begin repairing the boats and tugboat that took part in the incident in the Kerch Strait. Warships were detained in November 2018 while trying to violate the state border of the Russian Federation and a year later returned to Ukraine.


Voronchenko said that the small artillery armored boat Nikopol and the tugboat Yany Kapu will be sent to the factory next week for repairs. Repair of the "Berdyansk" will begin later.

Commander of Ukrainian fleet explained what caused the delay in the start of repair work. According to him, it is caused by the expectation of the results of a ballistic examination. According to the admiral, fragments of shells were collected and damaged fragments of armor were removed from the ships as evidence of the "aggressive and illegal actions of Russia" on the ships. Ukraine plans to present these “artifacts” in international courts.

Voronchenko also spoke about plans to build new armored boats for the Ukrainian fleet, all of which will be of domestic production.

Earlier, the Ukrainian admiral reported the disappearance of shafts, sockets and toilets from the returned ships. After that, one of the Ukrainian military personnel said that in fact the property from the boats and the tugboat did not disappear anywhere and that the command “did not understand the report provided”.
Ctrl Enter

We are in Yandex Zen
Ukrainian Navy forms a new surface forces division in the Sea of ​​Azov
In Ukraine, they attended to the "disappearance" of boats and tugs of the Naval Forces of Ukraine "from the parking lot" in Kerch
57 comments
Information
Dear reader, to leave comments on the publication, you must to register.