Defense Ministry declassified documents on the Yalta Conference of 1945 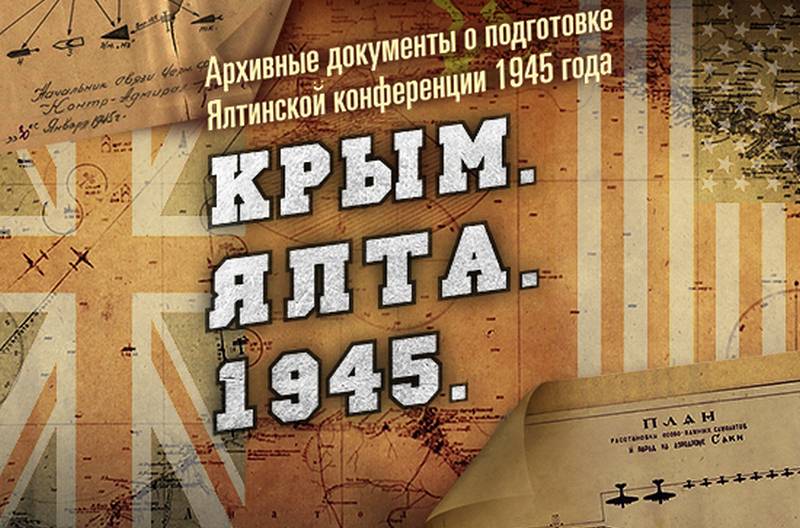 The Russian Ministry of Defense posted on its official website a new sectiondedicated to the 75th anniversary of the meeting of the heads of the three countries of the anti-Hitler coalition in Yalta. The section publishes declassified documents from the funds of the Central Archive of the Ministry of Defense.

On the Internet portal of the Russian Ministry of Defense, on the anniversary of the meeting of the heads of the three countries of the anti-Hitler coalition, a new historical and educational section is presented, based on unique declassified documents from the funds of the Central Archive of the War Department
- the Defense Ministry said in a statement

A new selection of documents and photographs is dedicated to the meeting of the leaders of the USSR, the USA and Great Britain from 4 to 11 February 1945 in Yalta, at which issues of the post-war world order, as well as the creation of the UN, were decided.

Visitors to the section can familiarize themselves with documents attesting to preparations for the Yalta international conference. The documents indicate that the main burden on its comprehensive support fell on the Black Sea Fleet.

The Ministry of Defense publishes declassified maps of the Black Sea coast, the seabed of the Azov and Black Seas with notes and descriptions of the operational situation. In addition, visitors can view declassified family names of members of foreign delegations and photos from the conference that have never been published before.

The Ministry of Defense noted that the publication of documents is aimed at preserving historical the truth about the Great Patriotic War, opposing falsifications of history and revising the results of World War II.