“Everybody Gone, Chubais Remains”: about a regular in the political and economic elite of the Russian Federation 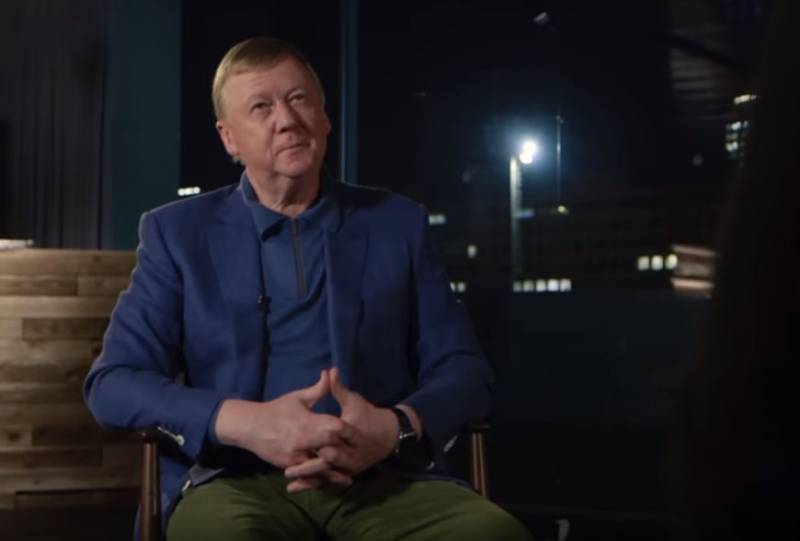 Anatoly Chubais can really be called the main long-liver of Russian political and economic life, a regular of the elite. Moreover, he is a long-liver, really participating in the government, and not just a living elderly politician like Nikolai Ryzhkov.


For thirty years, Chubais has been in the highest circle of Russian power. He was one of the closest favorites of Boris Yeltsin, but retained his position under Vladimir Putin. From that cohort of “young reformers”, others are already far away, including in the afterlife. They killed Boris Nemtsov, Yegor Gaidar died at a young age, many went into business, some into scientific or public activities. But Chubais is unsinkable. He is an untouchable figure in the Russian elite. At least, the time spent in power and at the posts of the largest state-owned companies speaks about this.

Perhaps, few Russian politicians can boast such a degree of “dislike” for the people as Anatoly Borisovich. He is reminded of voucher privatization, and the whole horror of the "dashing nineties." It would seem that “throw at the mercy” of Chubais to the people, find an article for him and plant him as Alexei Ulyukaev or Nikita Belykh, about ten years old, and there would be no limit to people's rejoicing. But the authorities did not and will not do this: neither Yeltsin nor Putin Chubais was persecuted, and he was always at the most important posts in politics and economics.

The authorities forgave Chubais everything, including friendship with Nemtsov, who had positioned himself at the time as the worst enemy of the Kremlin. When they asked Putin why he was holding Chubais, the head of state ironically replied that he was the right figure when people did not approve of anything. This, of course, is a joke. Chubais is not a lightning rod, but a real and independent statesman with tremendous influence on the life of the country.

Conspiracy theorists, turned on conspiracy theories, call Chubais almost “watching” Russia from the world government. They say that he is a representative of some backstage, the "real ruler" of our country. This point of view is promoted, for example, by the notorious Colonel Vladimir Kvachkov, who served a sentence for the attempted charge.

We will not repeat these theses. Yes, Chubais is a very strong politician with huge ties both in Russia and in the West. Whatever he was - the First Deputy Prime Minister and Minister of Finance, the Head of the Presidential Administration and the Chairman of the State Committee for State Property Management, he headed RAO UES of Russia, now he runs Rusnano with billions in turnover and dubious returns.

One can imagine what enormous connections and how much knowledge about the ins and outs of Russian politics and economics has accumulated over three decades of being in the highest echelons of power of Chubais.

In fact, Chubais personifies the "Yeltsin family" surrounded by the Russian president - the clan that was formed around Boris Yeltsin, Tatyana Dyachenko and which still continues, firstly, to control significant segments of the commodity and financial sectors, the media, and secondly - It is a kind of mediator between Putin’s Russia and the West.

Chubais is one of the few Russian statesmen who are still ready to be relatively well received in the West. Apparently, they believe that while Putin is next to Chubais, for them (for the West) not everything is lost. And Putin, too, needs such a person who has access to world political and financial elites, who has earned their trust in the distant nineties.

Finally, do not forget that Putin is interested in the innovative development of the country, in promoting new technological projects and solutions. And if Chubais has been heading Rusnano for 12 years, then someone needs this. Effective managers today are especially honored ...

Therefore, there is no reason to believe that Chubais will leave the Russian political and economic elite in the near future.

Anatoly Borisovich will turn 2020 in June 65. By the way, the thesis that “everyone left, Chubais remained”, which was remembered after the dismissal of the government of Dmitry Medvedev, has been circulating in Russia for a year: governments and presidents, ministers and general prosecutors, deputies and governors have changed, and Chubais continues to remain in the “elite ", recently not attracting much public attention, but at the same time clearly not going to a well-deserved rest.

We are in Yandex Zen
Project "ZZ". In Russia, discovered the phenomenon of "culture of political violence"
Regime change in the Russian Federation? Why Washington wants to end Vladimir Putin (“Global Research”, Canada)
130 comments
Information
Dear reader, to leave comments on the publication, you must to register.