"Deal of the Century": Netanyahu met with Trump and is preparing for a discussion with Putin 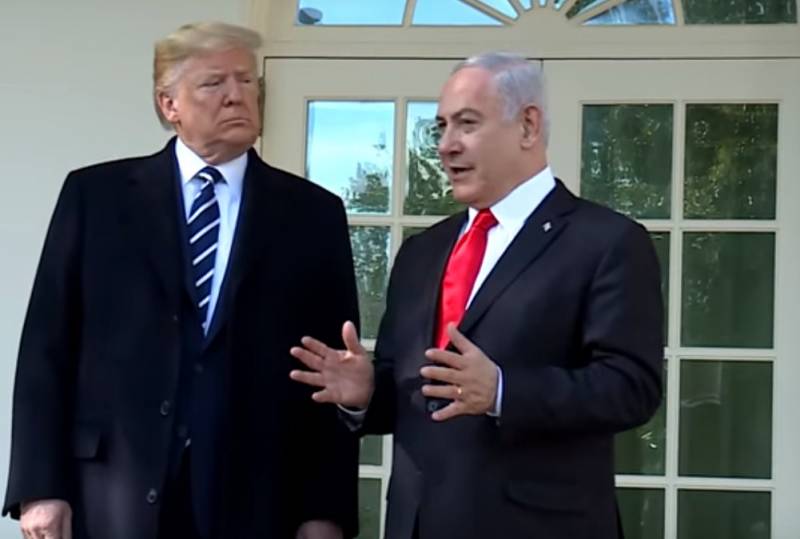 Today, January 29, in Moscow, Israeli Prime Minister Benjamin Netanyahu will meet with Russian President Vladimir Putin. The main intrigue of the meeting - the Israeli prime minister must announce the "deal of the century" with Donald trump.


The head of the Israeli government came to Russia after meeting with US President Donald Trump. With the owner of the White House, Netanyahu discussed the most important issue for Israel - the settlement of the conflict in the Middle East, including the Palestinian-Israeli conflict. As you know, the confrontation between Israel and the Palestinian Arabs began in the first half of the twentieth century in the context of the resettlement of Jews in Palestine, and entered the hottest phase after the official formation of the independent State of Israel.

Today, Israel is taking a giant step towards peace. Prime Minister Netanyahu informed me that he is ready to support the vision as a basis for negotiations,
- said at the end of the meeting, Donald Trump.

Israel, as you know, refuses to return to the 1967 borders and give Jerusalem to the Palestinians. Trump himself, by the way, recognized Jerusalem as the capital of Israel, which caused hatred in the entire Arab and even Muslim world. However, Donald Trump presented his peace plan. It provides for the creation of two states: Jewish and Arab.

But since Jewish has already existed for more than 70 years, it is more advisable to talk about creating a truly sovereign Palestine. Both Israel and Palestine will have the capital city of Jerusalem, holy for Jews, Christians and Muslims. Only Palestinians will receive East Jerusalem. In fact, Trump proposed a section of the city, similar in a sense to the section of East and West Berlin during the Cold War. This plan should calm both Israelis and Palestinians, after which the conflict between the two states, according to Trump, will end.

Netanyahu called Trump's plan a "deal of the century." It is likely that the moderate wing of the Palestinian movement will support her. But in the Arab, in the Muslim world, there are many political forces who do not want to give up an inch of holy Jerusalem to the Jews. Under no sauce, even under the guise of dividing the city into two parts, both of which will become the capitals of sovereign states.

Israel will also receive the lands of the Jordan Valley, Judea, and Samaria (West Bank). The Gaza Strip is to be demilitarized, that is, all armed formations created by Palestinian nationalists should be withdrawn from it.

The deal of the century also includes the disarmament of the main Palestinian national liberation movement, Hamas. And this moment causes very big doubts. Over the decades of its existence, Hamas itself has become an influential player in the Middle East with serious sponsors and patrons, financial projects. Would Hamas leaders want to part with their status? 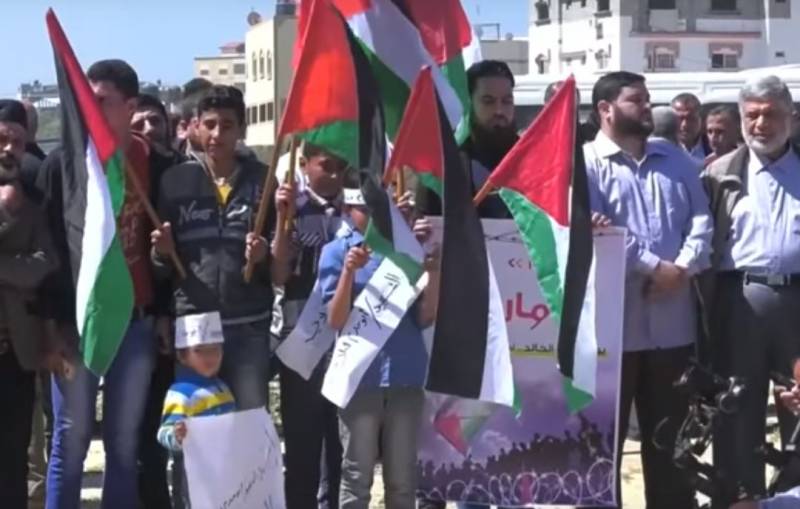 Do countries that use Hamas to pressure Israel want to deprive themselves of such an excellent tool? This moment of the “deal of the century” leaves more questions than answers, and shows that Trump is a great master of outrageous, but in real politics his projects can not always be successful. And is it worth believing the word to Trump, who promised the withdrawal of American troops from Syria and Afghanistan, but essentially only regrouped them?

The only thing that may interest Palestinian leaders is access to American investment, which promises to be very generous. The Arab Palestine lives in poverty, and large-scale funding will help it to solve very many issues.

There remains one more very influential Middle Eastern player - Iran. Nobody is going to consider his position, but in vain. Iran coordinates Hezbollah’s activities, which for decades have plagued Israel no less, if not more, than the Hamas movement.

As for the meeting with Vladimir Putin, Netanyahu will most likely try to get support from the Russian president for the “deal of the century”. Indeed, without the weighty word of the Russian leader, Middle Eastern politics is not being done now, and Russia's influence on the Palestinian movement has traditionally been extremely high since Soviet times. Moreover, Russia is a partner of Syria and Iran, the two main states that patronize the Palestinian movements.

We are in Yandex Zen
Situational analysis of the death of the MH17 flight (Malaysian Boeing 777), made on the basis of engineering analysis from 15.08.2014
The Palestinian problem and the question of the survival of Israel in the future
43 comments
Information
Dear reader, to leave comments on the publication, you must to register.