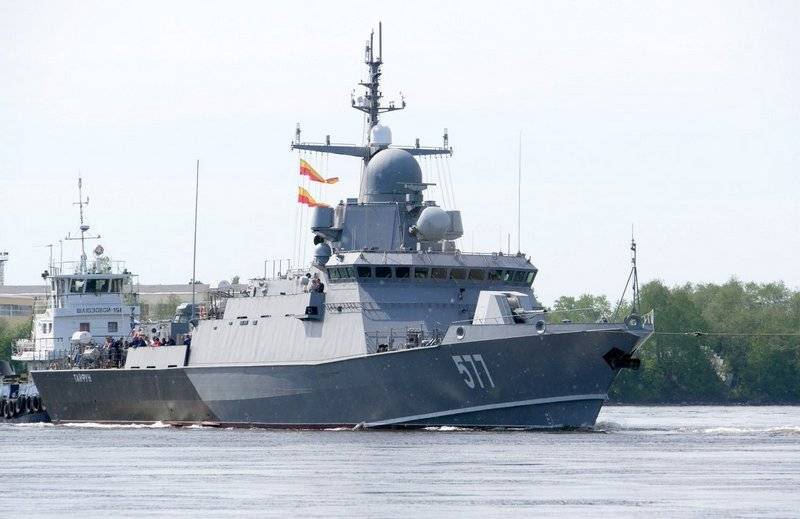 The construction of a series of small missile ships of the Karakurt project 22800, ongoing at Zelenodolsk Shipyard, will be completed in 2022, after the transfer of the last, fifth, ship of the series to the Navy. This was stated by a representative of the plant.

The fifth ship of the series of ships of the project 22800 is scheduled for delivery in October 2022
- leads RIA News words of the interlocutor.

However, he did not rule out that in the future a decision will be made to continue the series of RTO data and Zelenodolsky Shipyard may receive orders for the construction of new Karakurt.

The decision on the continuation of the series and the further construction of these ships will be based on the experience of operating the ships already handed over to the fleets
- he said.

Earlier, Commander-in-Chief of the Russian Navy Nikolay Evmenov said that a series of 18 ships of project 22800 is planned to be completed by 2026, after which construction of ships of a larger displacement will begin.

The fifth serial ship of this project, laid down in September 2019 in Zelenodolsk, was called the Typhoon. Previously, it belonged to the first serial RTOs built on Pella, but later renamed Sovetsk. This is the last ship of this series, laid down at Zelenodolsk Shipyard. The construction of RTOs is likely to be carried out at the Zaliv plant in Kerch.

We are in Yandex Zen
RTO "Sovetsk" project 22800 Karakurt became part of the Baltic Fleet
The second IRAs project 22800 "Sovetsk" went on sea trials
45 comments
Information
Dear reader, to leave comments on the publication, you must to register.