Joining one fifth of Russia. Siberian adventures of ataman Galkin 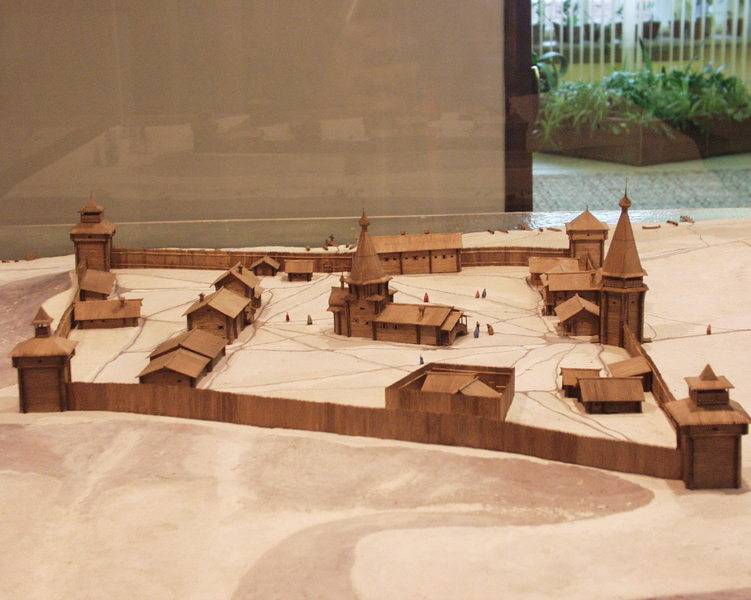 Son of his father

The roots of our hero date back to the time of Ivan the Terrible. Then, taking advantage of the defeat of the Kazan Khanate, Russian Cossacks, hunters and other "hunting people" surged into Siberia. Ivan Galkin’s father was one of the Cossacks who conquered Siberia under the command of Ataman Yermak himself. And the son was clearly determined to continue the activities of the parent.

He had enough abilities and determination for this. The first time the participation of Galkin was mentioned in 1618 - then he helped build the Yenisei prison. Since then, he has scuttled around Siberia for at least 34 years - Ivan will lay his last prison in 1652.

We did not have exact dates for Galkin's birth and death - some studies sin on the 1657th, others believe that our hero was still alive in the 1660s. Be that as it may, by Siberian standards, it is more than solid - we are talking about constantly undertaken campaigns through the wild lands. And the life experience of our hero turned out to be appropriate.

Ready for intrigues and ambushes

In the winter of 1629, Galkin, commanding a detachment of 35 service people, chased the rebel natives.

Then on the Yenisei rebelled Tubian prince Kayan. Starting with the assassination of the Russians sent for the fur tribute, he continued with attacks on larger units. But most of the things from Kayan went to the other natives. By raiding them, he increased his authority and persuaded those who did not have time to suffer from themselves to alliances against the Russians - it would not be worse.

Galkin pursued one of these rebellious princes. But the latter was able to escape long enough to have time to receive impressive help from Kayan himself. This did not save the natives - after a hard battle they were defeated.

True, Galkin barely moved back to Krasnoyarsk, as the enemy, apparently receiving reinforcements, dealt a second blow. The Russians were surrounded, and began to shell from bows. In open space, Galkin’s squad could be quickly interrupted.

But Ivan, not being a fool, found a solution on the go - he ordered his people to make an impromptu fence from skiing and sledding. Based on these ersatz fortifications, they managed to hold out for five days. This, of course, was not a continuous assault or shelling, but rather a series of attempts. But the matter was still difficult - and Galkin and his people successfully transferred it.

The Tubins disappeared, but only in order to arrange another ambush. But their self-confidence, and their strength, were far from the same. Galkin repulsed all the attacks and successfully returned under the protection of the Russian walls.

Galkin, like any “conquistador of Siberia,” distinctly sensed the taste of money and was not shy about chasing precious sable skins. So, for example, he traveled thousands of kilometers along the Lena and its tributaries, collecting yasak from everyone he sees. And he scored 716 rubles - an extremely serious amount at that time.

But with all this pursuit of “soft gold” Galkin did not comply with the scheme “immediately weld up at all costs, and then at least the grass does not grow.” He always thoroughly approached the issue of securing the sovereign of the conquered territories. If you didn’t succeed in setting up a prison, at least make a description of the area, so that it would be easier to go next time.

But it was better, of course, to put a prison. Well, or a winter hut - if the place is successful, it will eventually grow into this very prison. In any case, having entangled the natives with a network of fortifications, you will eventually collect more yasak - and Galkin understood this very well. 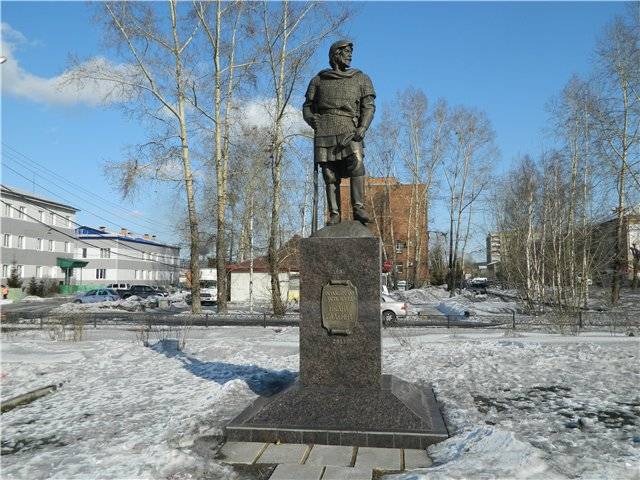 Monument to Ivan Galkin in Ust-Kut
The list based for one person is impressive. Idirminsky winter hut, Ust-Kutsky prison, Barguzinsky prison - in the latter, by the way, he actively grew bread and fodder crops - Bauntovsky prison, and so on.

This love of construction allowed Galkin to become an absolute record holder in joining territories for the whole history Russia - at least, has to operate on the scale of one person and dozens of helpers.

Traveling along the rivers of Siberia, participating in skirmishes with the natives, erecting fortifications, he "staked out" vast land areas beyond Moscow. For example, researcher Mikhail Kretschmar believes that about 1/5 of modern Russia was added to the merits of Galkin.

Do not spare neither your own nor others

With all this reasonableness, Galkin was a man of extreme decisiveness. For example, in 1633 he seized power in the Lensky prison - the future of Yakutsk. The local clerk, Parfen Khodyrev, turned out to be a little popular person - few people like the hot-tempered despot of local proportions.

When this same Khodyrev came into conflict with Galkin, the latter simply took 12 loyal servicemen who were personally loyal to him and rudely overthrew Parfen. However, he did not begin to kill - the ex-clerk, although he was disgraced, he wrote petitions to the higher authorities for a long time.

With the enemy, Galkin, when necessary, was completely ruthless. 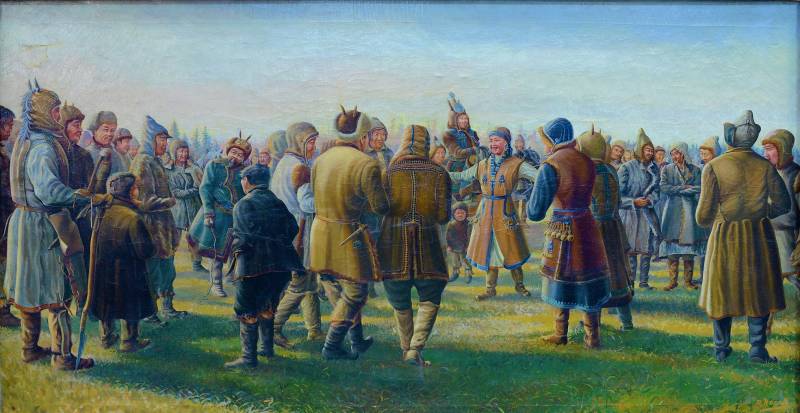 Yakuts in the XNUMXth century
Leading the Lensky prison, he ran into rioting Yakuts. He tried to go against them in 1634, but unsuccessfully. Then he beat off the siege of the prison. And even after their removal he persuaded the surrounding Yakuts not to disperse as they planned, but to pay yasak. Those, possibly sensing weakness in such proposals, revolted in 1635, and even more furiously than before.

Then Galkin was tired of all this.

He chose one of the Yakut towns protected by a double row of log walls. And he held a demonstration - he took it, losing only 3 people irrevocably, and killed there everyone he could catch, including women with children. What had an instant effect on the natives - they immediately confessed, took the oath, dragged the grand yasak, several times higher than the "annual norm" established in Lensky prison.

But do not think that our hero was a kind of berserker, wound up with the taste of blood and each time he wanted more.

For example, Galkin showed flexibility in the methods of collecting yasak. Of course, it was often easier to take by force. But what if the natives had more fur than was established by the conscription, but didn’t want to “arbitrarily” —then did he himself go through these places?

Then Galkin did not hesitate to resort to trade. Beads, beads, and other inexpensive, convenient for transportation nonsense, went into business. It was possible to understand the logic of the natives - we have a full sable, you can always shoot. And when such a curiosity is brought back, one must take it while there is an opportunity.

So the savages took it - and Galkin gladly gave it. Becoming in return an extremely wealthy man. In 1638, our hero managed to buy in this way one and a half percent of all official (i.e. taxed by the tsar's tax) sable mining for all of Siberia.

And after that, which is characteristic, he did not heal happily until the end of his days somewhere in Moscow — he was not such a man, the son of Yermakov’s Cossack Ivan Galkin. He continued the development of the frontier.

We are in Yandex Zen
By the 435 anniversary of the beginning (1581) of the Siberian campaign of Ermak
Education Volga and Yaitsky Cossack Troops
33 comments
Information
Dear reader, to leave comments on the publication, you must to register.