Everywhere digitalization. Is Russia ahead of the rest? 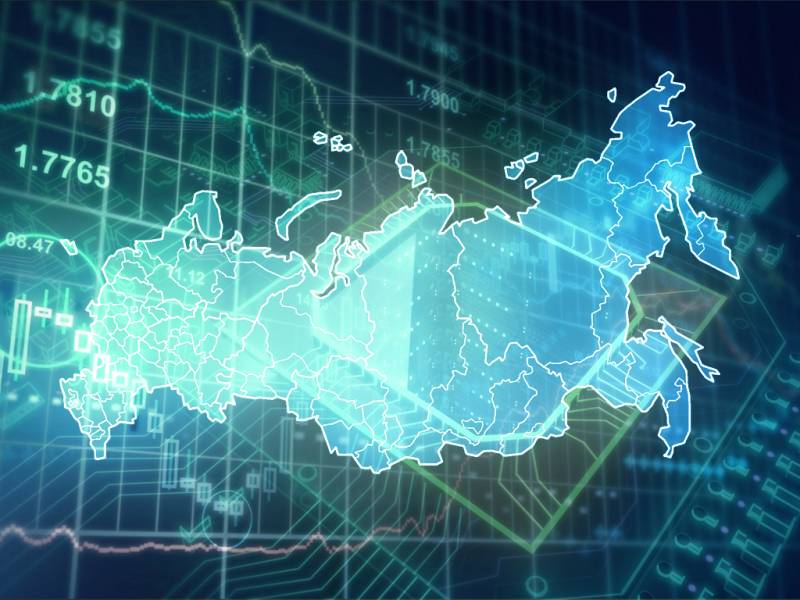 Do you know that your SNILS is now the main identity identifier for most public services? Not a passport or driver’s license number, namely SNILS. Of course, this is largely due to the fact that the SNILS number is lifelong and does not change from birth. Verification by the eleven-digit “pension” number, in particular, takes place in the public service system known to everyone, which has become almost a symbol of Russia's digitalization.

Indeed, living with this service has become much easier: property taxes, fines control and a bunch of useful little things that make it appear that progress is already on the verge. However, this notorious digitalization is often simply imposed on the population. And I'm not talking now about registering a car in the traffic police, when it is cheaper through State Services, but about many functions that have become available only through this service.

What are you talking about? In a number of regions of Russia, they organized electronic journals in schools as pilot projects, while canceling traditional paper journals. The idea, I must say, is very good: parents now almost in online mode can track the progress of their children from smartphones or desktop computers. Now services are being worked out for paying and choosing food for schoolchildren - money for breakfast / lunch now does not need to be carried to school. This, by the way, at least partially solves a huge number of problems. From overpricing in canteens to theft and extortion. But now access to the electronic journal is now possible only through the State Services, nothing more.

Mom (dad) does not have an account in this service, and it will not be possible to find out grades or pay for food. And if you don’t even have a computer, and the phone is a push-button, then you don’t write at all: you can only hope for a good old diary, which seems to be also canceled soon.

If this system is successful in the pilot regions, then such a school digital future awaits us in the near future.

But this is not the last problem. Such projects, at least for now, are possible only in wealthy regions, which may not save on computers for schools. For example, in Moscow suburbs, even in successful schools, you can still be found on Pentium teacher desks, which have a place in the museum. In such cases, it is difficult to dream about the Internet, not to mention systems such as the “electronic school” - the teacher simply will not be able to set grades and write homework. And here the costs of bringing the material base of schools in a normative state far outweigh the price of any digitalization program. This example scales well to other areas: healthcare, industry, and the housing sector.

The recent digitalization of the economy has not particularly simplified registration and reporting procedures for private businesses. Of course, online banking systems have now made the “physical” branches of banks virtually useless - the installation of ATMs in settlements is now sufficient. But, for example, what needs to be done in our era of informatization to register an autonomous non-profit organization? Submit an application to the justice authority (which is usually one for the entire region), wait for registration (at least two weeks), pick up the documents, make a stamp and go to the tax office with three reports and statements. By the way, the tax is good - they have an electronic line-up, a clear sign of the notorious digitalization. After tax with papers to the pension fund, and then to the statistics service. Oh yes, I forgot, all reports can be filled out on special services online, but you need to carry documents to the mentioned offices in printed form. Such is the digitalization, which implies rather large fines in case of delay in reporting. It is now impossible to do this through Gosuslug services, and it is unlikely that it will ever be possible - a lot of people will simply be left without work.

In many ways, the initially good goal of digitalization of the economy and public life is stalling due to the poor preparedness of the population for such changes. Until now, the level of information literacy of some Russians is at a very low level. Try to make an appointment with a scarce doctor through the State Services, come at the appointed time - you will find a long live queue. Do you come up with arguments like "I am emailing" through unhappy old women? And old women, of course, have already been taught on various computer literacy programs for the elderly. Only in the best case, they mastered surfing on the Internet, Skype and text editors. And at worst, in general, all courses turned out to be fictitious, indicated only in reporting.

Briefly summed up, the national project “Digital Economy” really achieved relatively good results - a lot of households appeared in the country with Internet access and digital television, but without gas and water supply.

Finish the first part stories I want on a positive note. Since 2017, all cars produced in the territory of the Customs Union have already been equipped with the Era-GLONASS system on the assembly line - a typical example of our integration into the digital environment. The unit with the SOS button on the ceiling that has become familiar to many in the event of an emergency will help call for help, and in case of an accident it will do this automatically. Here, Russia, indeed, was almost the first in the world to introduce such a progressive system into the series. In Europe, the United States and Japan, something like this is expected for another couple of years. The good idea, which has already helped save at least 1000 lives, reduced the number of victims per accident by 14%, loaded the GLONASS group with work, and allows you to accurately determine the location of any car.

During the current year, a new initiative called “Accessible Internet” should take shape, according to which the World Wide Web (or rather, part of it) should become free for the entire population of the country that can use a computer. This is our new breakthrough when, along with free medicine and education, every Russian is guaranteed to be provided with Internet access for free. Given that hospitals and schools are conditionally free, it is expected that access to the World Wide Web will be on the same conditions. Naturally, unlimited access will only be to government services (the “State Services” mentioned above) and “socially oriented domestic services”. In this connection, the President’s Special Representative for Digital and Technological Development Dmitry Peskov mentioned Odnoklassniki, VKontakte, and Yandex, and the Ministry of Communications has already set approximate dates for introducing the innovation - from March 1 of this year. In addition, the category of free resources includes various medical and educational services, as well as the school journals and diaries mentioned above. Can share in the pool and car sharing services, which are now in Russia at the peak of popularity - Moscow, for example, is almost a world leader in this area. On the resource riafan.ru, an approximate list of resources has appeared that may be available with unpaid Internet on a phone or laptop. True, in this case, the principle of working with search engines is not entirely clear. If the link leads to a shareware resource - does the provider block it? In addition, will it not be so that access to non-free resources is restricted? Nevertheless, protectionist policies in any case have their consequences.

According to the Russian businessman in the field of information technology Igor Ashmanov, we are truly among the world leaders in the development of the information space. So, according to him, Europeans and Americans are very surprised at the low prices for the Internet and its availability. And the widespread use of phones to pay for purchases at the checkout is generally looked up with bulging eyes.

Of course, in the program of informatization and digitalization of Russia there are many more positive aspects - for example, just the other day it became known that the Ministry of Internal Affairs for one and a half billion rubles buys domestic software Astra Linux. Of course, these operating systems cannot be called completely domestic, since they are based on the foreign Linux architecture. But the fact that the Russian security forces purchase programs from Russian programmers is already worth a lot. The first, by the way, was the Ministry of Defense, when in 2018 it began to re-equip Astra Linux computers to replace various variations of Windows. Obviously, far from everywhere in the defense department it was possible to do this - in the periphery, Microsoft still rules the ball. Actually, probably, from this we should have started the system project "Digitalization of the economy" - to stimulate, if sometimes artificially, the demand for domestic programs. Indeed, even according to the most conservative estimates, the volume of the Russian software market may reach more than 30 billion rubles. And now we are creating a kind of “sovereign Internet”, allocating a pool of free resources and instant messengers for the population, despite the fact that the vast majority of users (and there are already almost 100 million in Russia) work on foreign software.

We are in Yandex Zen
Situational analysis of the death of the MH17 flight (Malaysian Boeing 777), made on the basis of engineering analysis from 15.08.2014
Results of the week. “In our cooperative, the board is always agreed”
100 comments
Information
Dear reader, to leave comments on the publication, you must to register.