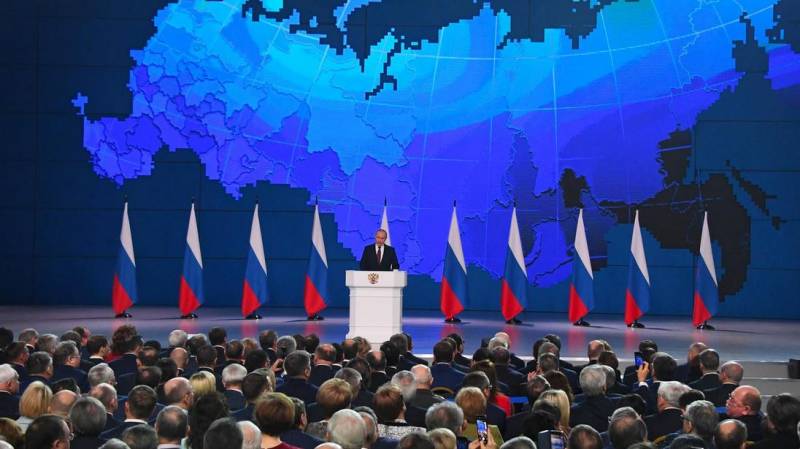 In the light of the discussion that has arisen on introducing amendments to the Constitution of Russia, clarifications of various articles are considered, and only an article on state ideology is avoided. This issue has been raised by various political and social forces more than once, however, the authorities are trying to get away from it.

National ideology as part of the constitutional rights of the people

The fact is that there is an article in the Constitution that directly prohibits the establishment of state ideology. This rudiment of the 90s, due to the fear of the then leadership of the country of the restoration of socialism, remained in the text of the Constitution. The current leadership has different priorities, but the issue of ideology has not yet been considered.

According to part 1 of article 13 of the Constitution, the Russian Federation "recognizes ideological diversity," and part 2 of this article says: "No ideology can be established as state or mandatory." That is, today in Russia, state ideology is officially banned. Why is that?

If you look at the Constitution of the USSR, then in its preamble it was determined that the supreme goal of the state is "building a classless communist society ... raising the material and cultural standard of living of workers, ensuring the country's security, promoting peace and international cooperation."

The preamble to the US Constitution also states that the goal of the state is to form an alliance that "promotes universal prosperity and the consolidation of the good of freedom for the people." Pragmatic Americans understood very well that without ideology there can be no systematic government. They emphasized the Western values ​​of the absolute of freedom and individual success, the so-called American dream: "Do it yourself."

Why ideology is prohibited in the Constitution of Russia

The current Russian Constitution does not stipulate the goals of society and the state, does not define national interests, as well as the directions and ways of their implementation, it is only stated that Russia is a social state. The ruling class of Russia did not introduce this into the Constitution, which was adopted in 1993 immediately after the collapse of the Soviet Union. The post-Soviet elite, headed by Yeltsin, who came to power, focused on plundering the state and integrating with the West, indirectly staked out in the Constitution only a ban on the revenge of communist ideology.

Naturally, she could not legitimize the desire to become a part of the West and the ideology of robbery and looting of the Soviet heritage in the Basic Law. The question of the state ideology of post-Soviet Russia remained open, society no longer accepted the communist ideology, and they decided to quietly implement without building a wild stratum of capitalism with a class stratification that was actually being built.

The ruling elite, in order to satisfy their personal selfish interests, integrate into the Western political system and preserve their stolen capital, laid the foundation for a class society undergoing the ideology of liberal monetarism and led the country to the loss of national sovereignty, the surrender of Russia's national interests and the loss of national identity of the people.

When Putin’s team came to power, the ruling elite split, halting Russia's trend toward integration with the West and trying to defend Russia's national interests. All these actions were half-hearted and were an attempt to compromise between the different branches of the ruling elite. The period of “freezing” of the political system is ending, it is necessary to translate it into a new quality, preferably without any special shocks. In this connection, the question arises of formulating, without regard to the West, national ideology, national interests, the idea of ​​the existence of the Russian people and their spiritual mission.

The need for national ideology of Russia

A society without a goal is not viable. Without formulating and not spelling out the goals to which it should strive, there is nothing to ask the ruling elite for, it will continue to pursue not its public, but its corporate interests. Russia was at a crossroads, it was no longer possible to return the communist ideology, it was too discredited by the late Soviet elite, and capitalism under construction with its class stratification also did not suit society, everyone was convinced of what this leads to.

In this regard, it is necessary for the elites and society to reevaluate the fundamental values, society should be fermented with its illusions and vices. It is necessary to determine our place in the world order, where our roots come from, where we are going and what we are striving for. What system of traditional values ​​in the form of ideas and ideas characterizes the Russian people and what spiritual principles, nurtured by previous generations on the basis of civilizational culture, are characteristic of it.

Who are we: the Russian subethnos that created the powerful Russian civilization, part of Western civilization, or the miserable limitrophy between Europe and Asia? The way of life and lifestyle of the Russian people has always been communal in nature with its own peculiar culture that promotes the unification of individuals into communities to ensure their existence. Moreover, the priority was to protect not the personal, but the public interests of the community, which defended the interests of the individual. In Russian society, unlike the western one with an individualistic civilizational code, a collectivist civilizational code was laid down, evaluating each of its members in terms of usefulness to society as a whole. In this regard, Russian people are historically particularly sensitive to issues of social justice.

Society needs to present the image of the future, determine its goal-setting and clearly articulate fundamental values, for which they must fight and where to strive. Everyone can be united by the idea and ideology of social justice, the purpose of which is to build a just state that ensures the realization of Russia's national interests and the achievement of spiritual and material well-being for the majority of the people.

Russian society demands the construction of a social state and the cessation of the flagrant class stratification and the formation of the nouveau riche class, profitable from everyone else. The greatness and power of Russia are inseparable from the well-being of its people. It is necessary to transform Russia into a strong and wealthy state, capable of ensuring a decent standard of living for its people.

The formation of the Russian counter-elite

Society can only be transformed by the counter-elite, which should be born in the bowels of the current elite. Society needs to fight for the formation of such a core and put it in conditions in which it can only fulfill the will of society.

Any ideology leads to a confrontation between different parts of society and the elite; it cannot suit absolutely everyone. In the emerging Russian class society, where the process of social stratification has begun, each class seeks to realize its interests, and these interests often conflict. Without support in the highest echelons of Russian power, the necessary transformations in society are impossible.

The emerging sound core of the Russian elite, as if deciding to radically transform society in the interests of the majority, will have to seriously reformat and nationalize the Russian elite, which today is largely comprador. It is also necessary to force Russian business to work to ensure Russia's national interests.

So far, this core of the Russian elite is in no hurry to talk about national ideology and write it in the Constitution, this will inevitably lead to aggravation of relations among the elite and business and the inevitable opposition to the policy of reformatting the state and society. With the formation of the new government, the question will still arise which course and what ideology it will implement and on whom to rely on the posteltsin elite rejected by society or the emerging counter-elite. The time comes when it is necessary to determine the national ideology of Russian society and raise the question of introducing appropriate amendments to the Constitution.

We are in Yandex Zen
Situational analysis of the death of the MH17 flight (Malaysian Boeing 777), made on the basis of engineering analysis from 15.08.2014
Results of the week. “In our cooperative, the board is always agreed”
146 comments
Information
Dear reader, to leave comments on the publication, you must to register.