We will give the Kuril Islands and Siberia without war 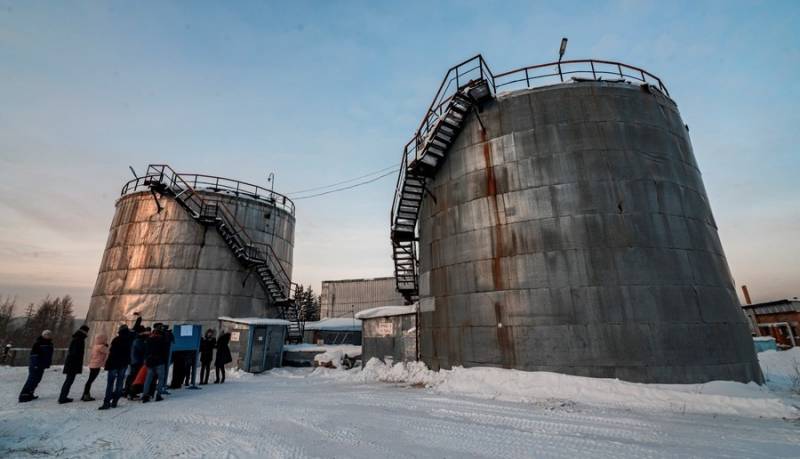 Have you ever thought about why in the world talk about the transfer of the Kuril Islands to Japan does not cease? Why in disputes with foreigners we are constantly told deliberate stupidity about Chinese Siberia and the Far East? Why do neighboring states from time to time suddenly recall some treaties of centuries ago and start a campaign to return the territories allegedly belonging to them under these treaties?


Moreover, no references to other contracts or any other documents are taken into account. “It was signed at gunpoint” (illegal government, puppets of Bolshevik Russia, Soviet proteges). Such an explanation is enough for the people of a neighboring state to live in the belief that Russia (the USSR) is an invader who has already offended its neighbors on the planet for the second millennium.

Even such an asset, which is simply unattainable for other countries, the Northern Sea Route, already quite seriously in some incomprehensible way in the minds of Western politicians, has suddenly become a “world heritage”. And Siberia, with its riches, is already considered as a world pantry of various riches. So what's up?

Now I will say an seditious thought for many. But all these conversations, all these ideas, all these plans are quite realizable. Moreover, in a fairly short historical period these plans, if Russia continues to pursue the same policy as today, will come true. We will give the Kuril Islands and even part of Sakhalin, we will give Siberia. True, regarding the Crimea, Kaliningrad and other European “disputed territories”, such an assumption is doubtful.

I foresee the indignant exclamations of the cheers-patriots that “not an inch of their native land”, “the author has sold out,” “we will stand up for defense with our breasts” and so on. Well, with the slogans we always had a complete order. And with readiness to defend the homeland, too. Even young people, who, in our “veteran” opinion, are no good, have already proved many times that they know how to fight and perform feats no worse than fathers and grandfathers.

Let me remind you the history of the Kuril Islands. By the strokes. So, in the years 1635-37, the Japanese learn about the existence of these islands, inhabited by the Ainu tribes. In 1643, a Dutch expedition led by Martin de Vries explores the islands. Russians, expedition V.V. Atlasova came to the islands in 1697. After 90 years, in 1786, Empress Catherine II, by her decree, included the Kuril archipelago in the Russian Empire.

Trumps in the hands of the Japanese, we gave in 1855. It was then, according to the Shimodsk treatise (February 7, 1855), Japan received Iturup and Kunashir, the islands of the Lesser Kuril Ridge, and Sakhalin, however, as undivided territory. In 1875, we signed a new agreement (St. Petersburg Territory Exchange Agreement), according to which Sakhalin became Russian, and all the Kuril Islands Japanese.

In 1905, after the defeat in the Russo-Japanese War, we again surrendered the southern part of Sakhalin and the islands of Japan (Portsmouth Peace Treaty on September 5, 1905, territories south of the 50th parallel). Thus, for 40 years, Japan gained possession of the Kuril Islands and part of Sakhalin.

After the defeat in World War II, Japan signed the Act of Unconditional Surrender (September 2, 1945) and fully accepted the obligations to implement the decisions of the Potsdam Conference of July 26, 1945. The islands of the Kuril ridge were transferred to the USSR.

The borders of Japan were reduced to 4 large islands and many small islands of the Japanese archipelago.

Officially, the Kuril Islands were incorporated into the USSR on February 2, 1946. By 1949, all Japanese living on the islands were deported to Hokkaido.

As you can see, the issue of Kuril affiliation is really confusing. Both sides have arguments. But to discuss this topic is stupid. The latter decision, especially since it is officially enshrined in the USSR, and therefore Russia, is final today.

Now a simple question. We evicted the Japanese from our territories. Did we populate them ourselves? Have we mastered them? Have we created villages, cities, infrastructure on the islands? Have several generations of Russian people been living there? Have we kept what was created in Soviet times?

A little bit of memories of another region. About the Arctic. I once went to Vorkuta on business affairs a couple of times. The only thing that surprised me, but it was in early January, was that I did not even have time to shave from dawn to dusk. That is, when he went to shave, the window was early morning, very early, when the darkness was already leaving, but the sun had not yet risen, and when he returned, it was night.

Otherwise, it was an ordinary city, or rather, part of the city, the village of Vorgashor. Mothers with children went to the kindergarten and nursery along the streets. Schoolchildren fled. Gradually replaced the miners. Even local indigenous people from the tundra attacked the nearest store and loaded boxes of frozen fish and other goods onto sledges. And the deer looked at it lazily.

A couple of years ago, I decided to recall those trips. The benefit of the Internet today allows you to see almost any place from the sofa. I saw ... Hiroshima! Abandoned quarters of five-story Khrushchev buildings. Broken windows. Overgrown roads. Though a movie shoot about the atomic bombing. The people are gone.

But the same picture today in almost all of the Trans-Urals and the Arctic. People abandon their native land and go west. It’s scary to write about it, but, for example, the population of my region, according to official data for September 2019, daily, I repeat: daily, decreases by 8 people.

Today, the television "went wild" after a speech by President Putin. “Let's solve the demographic problem!” “We need to make young people love children!” And the like on all channels. And what to make her? There are many children. And there are no problems with demography ... In Moscow and the cities nearest to it. There are many kids today. They will grow up and go to solve the problem of demography in the western part of Russia.

Sometimes they write to me that the Russians (in the broad sense of the word) will not disappear from Siberian or Far Eastern lands. Business will stimulate the local population. Forcing young people to stay at home, and not wander around the rented corners in the suburbs. Oh really?

And what is the use of business from cities on Sakhalin, in the Arctic, on the islands? Look today at the oil producing regions of Western Siberia. Cities are dying successfully! Where they once fled, as in Soviet Vorkuta, children, now severe peasants who arrived for three months or six months on duty. Earn money and go home! And this is just the beginning of the process.

Today shift workers are traveling from many regions of Russia and the neighboring, once Soviet, foreign countries. And tomorrow who will go? Who is closer to carry? The same Chinese. Business, nothing personal. It’s just that the house where the money you’ll be taken will change the address. Instead of some Kherson there will be Chongqing or something else. Instead of Tatar, Ukrainian, Belorussian, Azerbaijani there will be a Chinese.

Remember Putin's proposal on September 12, 2018 to sign a peace treaty with Japan without preconditions? Do you remember the Japanese response?

This is not to say that the state does not understand this. Indeed, according to the stories of the inhabitants of the islands, "life has become more fun." Money went to the islands. Here is the opinion of regional officials on this issue almost a year ago. Chairman of the Public Chamber of the Sakhalin Region Vladimir Ikonnikov:

The vast majority of the population of the islands considers them to be an integral part of Russia, because the state supports them not in words but in deeds. The Kuril Islands are actively developing. For example, a modern airport has been built on Iturup, fish and seafood processing plants are being created and developed on Shikotan.

Health care is developing, technical equipment of social institutions and personnel issues are improving, schools and kindergartens are being built. If earlier there were wooden buildings and there were no gyms and visual aids, then today all this is.
Housing is being built, factories are opening and operating - factories have been restored and new workshops built on Shikotan, the same in Yuzhno-Kurilsk. Parks and squares are developing today, roads are paved - cities and towns in the Kuril Islands often look better than the cities of Central Russia.

But people on the islands from this no longer! And will not! People do not want to live in harsh conditions and at the same time feel isolated from a large country. It is hard to believe, but in such conditions only ... true Russian patriots survive. Loud words?

No, that's right. People living on the edge of the earth, surviving in harsh conditions, without really thinking, will protect this land to the last. Can? they won’t be able to say this beautifully, but they won’t leave for sure. In principle, they are already at the forefront. Every minute, hourly, constantly.

In tsarist Russia, in the Russian Empire, in the USSR, the state in every way encouraged the relocation of citizens or citizens to the eastern regions. Someone rode for free, someone for land, someone for fossils, and someone just for romantic reasons. We drove and stayed. Like those who now live on the islands. And they became the basis of Russian statehood in new lands. Defenders of Russia, if you will.

so what? Will we give the islands, Siberia, the Northern Sea Route to foreigners? Will we continue to count the boys and girls who have left? We will master the wealth "hap-way", excuse me, on a rotational basis? Or is it time to create conditions for young people in the eastern regions so that they don’t go to Moscow, but from Moscow?

Demography is not only a problem of having children. This is a problem of uniform population of the country. The problem of creating people like Siberians or islanders in the Kuril Islands. People for whom this harsh land will become a homeland, and not a place where you can quickly "cut the dough."

I don’t know if our leaders understood the essence of the problem. Or, again, will we consider population heads as the national average? But I want to understand. So that some BAM reappears, where young people from all over the country are eager for romance and heroism. So that not severe peasants came to the Arctic, but young couples simply lived. Gave birth to children, built cities, factories, railways ...

We do not want to lose the country, which means that we urgently need to change the direction of migration flows. Return youth to the eastern regions! Give good prospects for the future, good salaries, good living conditions, preferential housing, the opportunity to relax in the same Crimea in departmental sanatoriums and rest homes. After all, we had all this! ..

We are in Yandex Zen
A great interview with Sergey Lavrov: about Ukraine, Obama and Iran
What you didn't want to know about England
334 comments
Information
Dear reader, to leave comments on the publication, you must to register.