The State Duma denied rumors about the dissolution of parliament 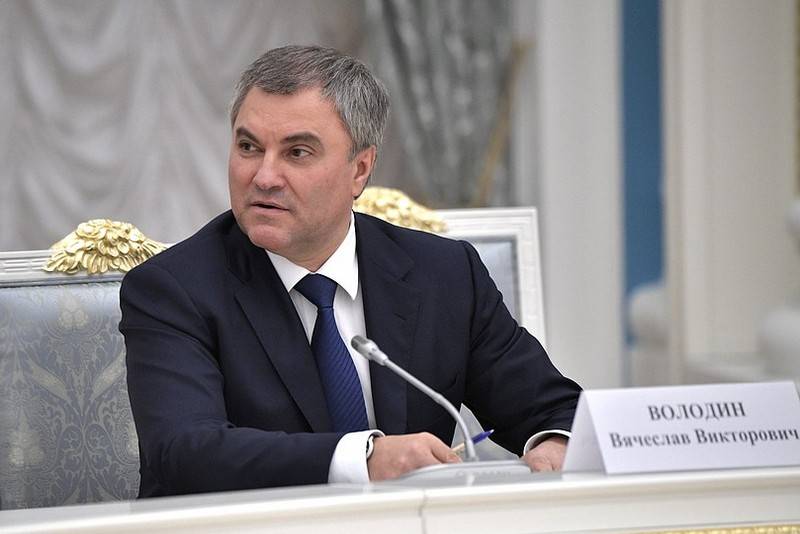 The State Duma of the Russian Federation will not be prematurely dissolved, all the rumors spread by foreign media are fakes. This was stated by State Duma Chairman Vyacheslav Volodin.


Volodin called the publication of a possible early dissolution of the State Duma an intervention in Russia's sovereign affairs, saying that these rumors are stuffing from foreign media. At the same time, he drew attention to the fact that some Russian publications picked up the fake.

Our media picked up. In this case, no one indicates the sources. We spoke about this again yesterday in the course of communication with reporters, and we consider it unacceptable to interfere in the affairs of sovereign states. We do not interfere in their affairs, and let them not interfere with us.
- he said.

The first to hear rumors about the early dissolution of the State Duma at a plenary session was the attention of the leader of the LDPR, Vladimir Zhirinovsky. He urged his colleagues to “not listen and not follow the lead” of these speculations.

The State Duma noted that in most cases of fake distribution, the Russian media do not indicate the source of the information.

Earlier, the Kommersant newspaper, referring to its own source close to the presidential administration, reported that the Kremlin did not preclude early parliamentary elections. According to the source of the publication, self-dissolution will help the State Duma "again catch the wave of popular love and hold elections against its background."