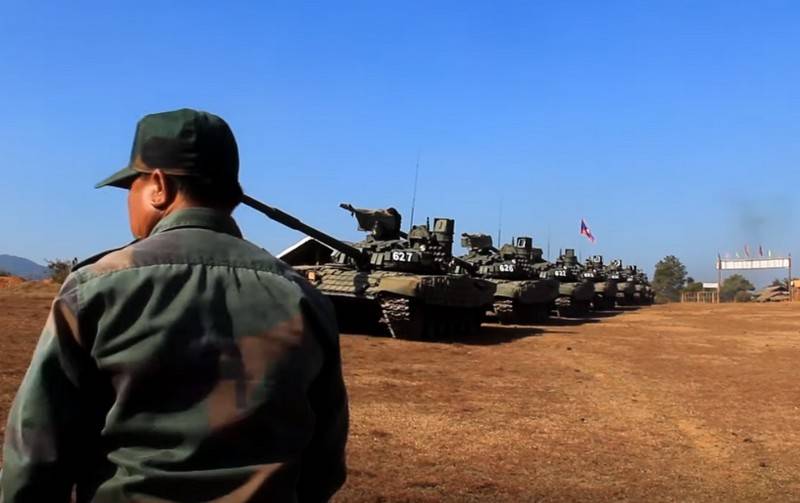 Russia continues to strengthen ties with Laos, including in the military sphere. According to the press service of the Ministry of Defense of the Russian Federation, on the eve of the celebration of the 71st anniversary of the founding of the People’s Army of Laos, Russia handed over to the Lao military party tanks and armored vehicles, and also modernized the airfield.


As follows from the message, on January 20-21, the delegation of the Ministry of Defense took part in the celebrations dedicated to the 71st anniversary of the formation of the People's Army of Laos. In honor of the holiday, the Russian military handed over to the Laos Ministry of Defense the next batch of T-72B1 White Eagle tanks, the BRDM-2M batch, and also transferred a modernized airfield as part of military-technical assistance.

On the sidelines of the ceremony as part of the provision of military-technical assistance, the Lao side was handed over the next batch of Russian military equipment - T-72 tanks and BRDM-2M armored vehicles, as well as the Thongkhaihin airfield modernized by Russian specialists, located in Xiang Khuang province
- said in a statement to the Russian military.

Recall that Laos seeks to develop economic and military-political ties with Russia, relying mainly on Russian weapons. Despite the difficult economic situation in the country, the Laos authorities purchased in Russia combat training aircraft Yak-130, T-72B1 White Eagle tanks. Previously, the Laotian army was armed with the PT-76, T-34-85 tanks and other military equipment supplied by the Soviet Union.

We are in Yandex Zen
Laos Armed Forces receive the second batch of modernized T-72B1 tanks "White Eagle"
Russia began supplying upgraded T-72B1 to Laos
14 comments
Information
Dear reader, to leave comments on the publication, you must to register.