"A bunch of strange people": the Ukrainian investigation accused the Iranians of looting at the crash site of the Boeing 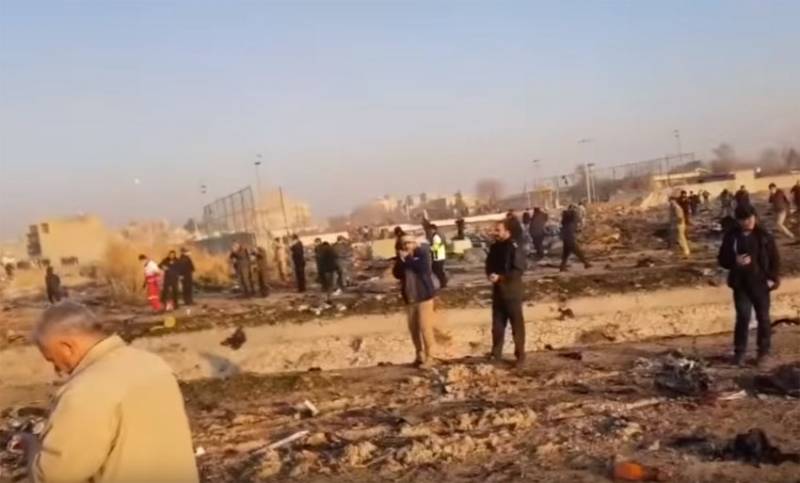 Specialists from Kiev, who were investigating the crash that occurred with the Boeing 737 aircraft of Ukraine International Airlines, claim that local residents took away the wreckage of the aircraft and personal belongings of the victims at the scene of the accident. This was told by the head of the Kiev Research Institute of Forensic Expertise (KNIISE) Alexander Ruvin, who coordinated the work of Ukrainian investigators:

At the crash site, they saw a bunch of strange people - Iranians, who were swarming, collecting remains, things, debris. Who handed over for scrap, who took it as a keepsake.
Thus, the Ukrainian investigation accused the Iranians of looting at the scene of the disaster.

Among the wreckage, experts found parts of smartphones, tablets, personal documents of victims of the disaster, and other things. Ruvin said that a detailed study of the wreckage of a passenger plane and the surviving personal belongings of the victims helped to compose a general picture of the tragedy in Iran. Why, in this case, the Ukrainian side does not make a complaint to the investigation in the Netherlands, which initially did not take care of collecting all the evidence and fully laying out the Malaysian Airlines Boeing that was shot down in July 2014 ...

At the moment, the Ukrainian expert group has completed work in Iran and provided its findings.

According to the conclusions at the moment, the crash of the Boeing was caused by a missile that hit it. As a result, 176 people died, of which 9 people are crew members.