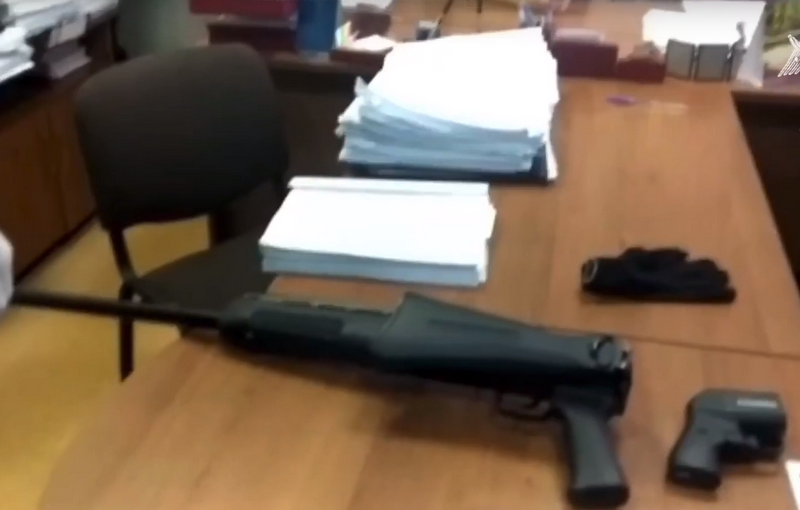 In Novokuznetsk, a criminal case has been opened against a man who shot from a hunting rifle in the building of the world court of one of the city’s districts. The suspect is charged with murder. This was reported by the press service of the SUSK RF in the Kemerovo region.


According to the report, on Thursday morning a 45-year-old man with a hunting rifle entered the building of the world court of Novokuznetsk. The bailiff who tried to stop the man received a charge of shot in the stomach and later died from a wound. After that, the attacker went further, where he fired a second shot at a 43-year-old female witness, who is currently in serious condition.

The witness of the incident managed to press the panic button, the attacker was detained at the crime scene by the bailiffs and Rosguard officers.


At the scene, the police and investigators of the Investigative Committee. A criminal case has been opened under the article “murder,” the issue of electing a preventive measure against the attacker is being decided. The motives of the attacker are currently unknown.

Currently, the issue of bringing charges to the detainee under the article “murder” in connection with the death of the victim and the election of a preventive measure against him is being decided
- said the report of the Investigative Committee.

The authorities of Novokuznetsk promised to provide comprehensive assistance to the families of the victims of the attack.