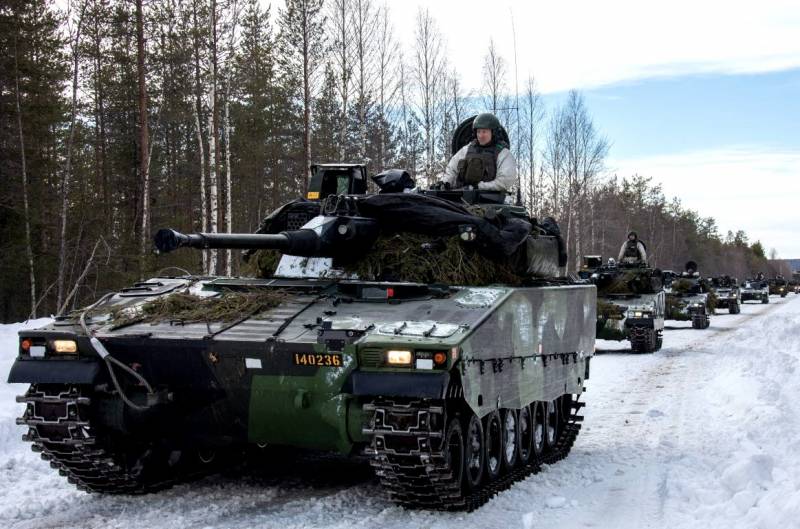 Neutral Sweden has recently been paying more and more attention to the modernization of its army and the buildup of weapons. In Stockholm, they do not hide the fact that they see the main enemy of the Swedish kingdom in Russia.


As you know, Sweden has maintained military neutrality for two centuries. She did not participate in the First and Second World Wars (militarily), and refused membership in the NATO bloc. But nowadays, militaristic rhetoric is heard in this Scandinavian country more and more often. Recently, the Minister of Defense of Sweden Peter Hultqvist praised the proposals to increase the military potential of the country. At the same time, the need for an increase in defense spending in Stockholm is explained by the alleged threat from Russia, although the Swedes have not fought with our country for more than two centuries.

One of the first tasks in the modernization of the Swedish army is the improvement of intelligence units designed for operations in the Arctic latitudes. Since the second half of the 1980s, the Swedes did not pay due attention to their development, as a result of which today the "Arctic scouts" are unlikely to even get into a full-fledged regiment. But now the military department has decided to seriously take up these units. 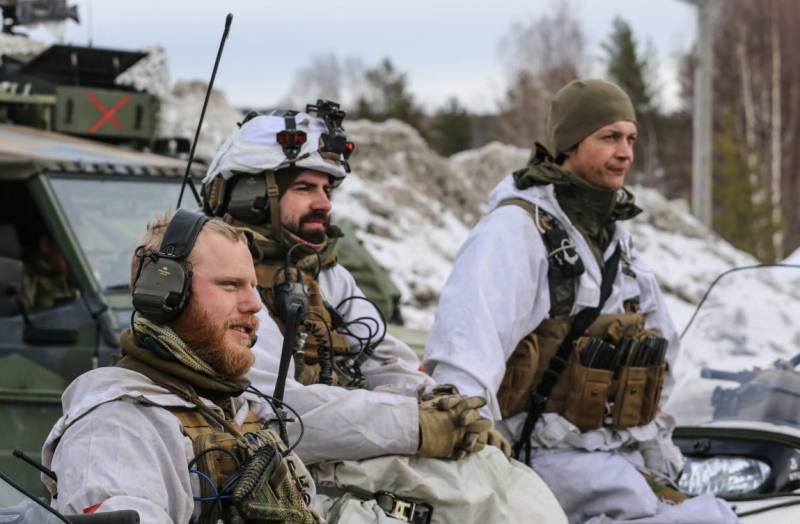 It is clear that Russia is going to confront Sweden in the Arctic; there is simply no one else to do it. The Swedish army, if necessary, will work together with NATO troops - Americans, British, Danes, Norwegians. By the way, Sweden is now thinking about restoring the compulsory draft for military service in order to increase mobilization opportunities.

The Swedish naval forces are resuming the use of the top-secret Muskö base, which has not been used since the end of the Cold War. Shelters for surface ships and submarines are carved in the rocks, special shipyards and ship repair workshops are equipped. The Swedish Navy command connects the return to the old base with the alleged risk of Russian aggression against the Scandinavian states.

In addition to the development of Arctic units and fleet, Swedes pay special attention to air defense systems and the air force. During the Cold War, Sweden, which was not part of the NATO bloc, however, actively developed defense systems, as it expected a strike from the USSR in the event of a conflict between the socialist camp and the West. It seems that now Stockholm is returning to its previous strategy.

It is interesting that Sweden’s desire to build up its defense potential was applauded in one of the most anti-Russian countries of Eastern Europe - in Poland. After an article on modernizing the Swedish army, readers of one of the Polish publications burst into commentary in support of Stockholm. Apparently, the promotion of the theme of a new Cold War with the Russian Federation is a joy to the Poles.

Well done Swedes. When Russia invades Europe or another neighbor, each ally in a coalition against a common enemy will be worth its weight in gold,
- writes someone Kurtynek.

Another commentator is convinced that Denmark, Sweden, Norway, Finland, Latvia, Estonia, Lithuania and, of course, Poland should unite to counteract Russia. A reader with the nickname Matros predicts that Sweden and Finland will eventually join NATO to defend themselves against "Russian aggression."

At the same time, many Polish commentators pay attention to the big internal problems of Sweden itself, especially the migration problem. And, surprisingly, they see the “fifth column” of the Kremlin in migrants from Asia and Africa:

Of course, the Swedes will have problems in this regard. It's always like this. Non-native human resources are saboteurs and a potential internal threat during the war,
- the user writes under the nickname zeus89.

Supporting the Swedes is an old Polish tradition. And for Sweden and Poland, three centuries ago, Russia was the main adversary, so it’s natural that today in Warsaw and Stockholm they think about the same thing. The anti-Russian sentiment of the Swedes and Poles is whipped up by the United States, which is interested in building a ring along its borders from its allies, which are extremely negative about Moscow and its politics.

We are in Yandex Zen
Situational analysis of the death of the MH17 flight (Malaysian Boeing 777), made on the basis of engineering analysis from 15.08.2014
Results of the week. “Who is against? Overwhelming minority! ”
15 comments
Information
Dear reader, to leave comments on the publication, you must to register.