How the Su-57 accident will affect the export of new fighters: in the wake of the event in the Khabarovsk Territory 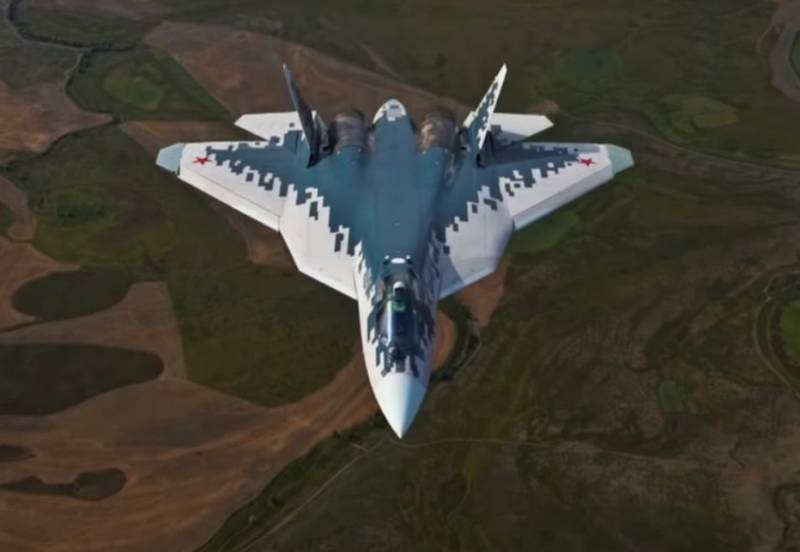 On December 24, 2019, the fifth generation fighter T-50 (Su-57) crashed in the Khabarovsk Territory. The car fell 110 km from the Dzemgi airfield, which is used by the Gagarin Aircraft Plant. The pilot ejected and was evacuated.


Naturally, the crash of a new Russian aircraft could not fail to attract the attention of foreign media. Although the fallen Su-57 was not a military aircraft, but belonged to the aircraft factory. The National Interest publication published a separate article “Why did the Russian Su-57 crash?” In which it tried not only to find out the reasons for what happened, but to establish whether the program for creating a fifth-generation Russian fighter would be in jeopardy.

Indeed, the accident immediately left many questions. Firstly, it was the first such accident with a fifth-generation fighter. Prior to that, all similar aircraft successfully passed tests, and nothing happened to them.

Secondly, the picture of the incident is noteworthy. During testing, the plane went into a tailspin, the pilot tried to restore manual control, but he did not succeed. As a result, the pilot catapulted and, fortunately, was not injured. But the plane crashed into the ground and exploded.

Thus, the car was completely destroyed. And this is a few days before the new aircraft was supposed to enter the service in the military unit. Naturally, the circumstances of the accident are now being thoroughly investigated by a special military commission.

The new aircraft has a multi-level system of protection against entering critical flight mode, including uncontrolled rotation. Just one button, in theory, you need to press the pilot to level the flight of his winged car. But problems with the engine and fuel system, as well as the pilot’s mistake, are not excluded. Indeed, it takes time to master a complex control system for a new aircraft.

Of course, the author of The National Interest, Sebastian Roblin, was most interested in the question of whether the reduction in the supply of aircraft to the troops in the quantity that was planned would follow the accident in the Far East. Comparing the Su-57 with the American F-35 fighter, the magazine is trying to bring everything to the point that the American machine is more reliable, since the first F-35 crash occurred after more than a hundred Lockheed aircraft were already in operation.

However, Roblin makes a reservation that the Su-57 still develops a higher speed than the F-35, although the undoubted advantage of the latter is that it is designed to penetrate the enemy airspace, and the Su-57 is still called to dominate the sky over neutral or friendly territory.

Predicting possible problems with the implementation of the Su-57 program, the publication notes several key factors. First of all, this is a financial issue. Moscow, according to the author of the foreign media, supposedly does not have money to order more than 12 new generation aircraft, which indicates great financial problems.

Another hit on the program is the exit of India from India, which has always been considered one of the most important partners of Russia in the field of arms trade and military equipment. Despite the fact that the new aircraft was also offered to other important buyers - China and Algeria, as well as a new partner - Turkey, which had already bought the S-400 and for this lost the opportunity to acquire the American F-35 fighter, while the fate of foreign contracts remains unclear. If India, China, Algeria and, possibly, Turkey show interest in the latest fighter and order military vehicles from Russia, then the program will get a “new breath”.

The incident in the Khabarovsk Territory cast a shadow on the Su-57 control system, since now potential buyers may doubt that the aircraft control system has been improved to the maximum perfection. And, of course, it is in the interests of the manufacturer to carry out the necessary work on the errors, to identify the true causes of the accident, since technical malfunctions are one thing, and the human factor or fuel problems are another.