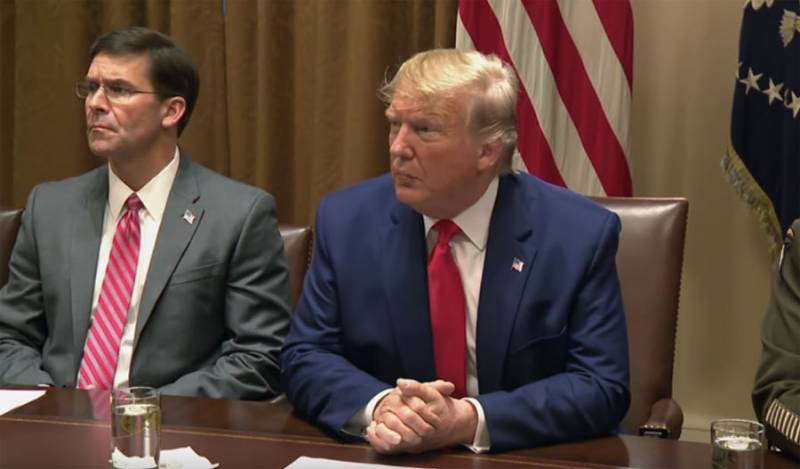 The world media continues to make attempts to analyze the situation with the order of Donald Trump to strike at the car in which the Iranian general Kassem Suleimani was. The American press notes that one of Trump's most respected unofficial advisers, Tucker Carlson, has protested against the removal of the IRG General. But Trump reportedly ignored his arguments.

Donald Trump eliminating Suleimani challenged himself.
In particular, it is noted that never before in recent years has the Islamic world been so consolidated against US policy in the Middle East. At the same time, consolidation affected not only Shiites. Many of the traditional US allies in the region - countries with a predominantly Sunni population - also "did not approve of Washington’s actions against Suleimani."

Meanwhile, the American newspaper The New York Times is trying to restore the events of the day when a blow was struck on Suleymani's car in Baghdad. The material noted that the plane of the airline Cham Wings flew not from Tehran, but from Damascus. At the same time, the 6Q501 was late with a departure for about an hour - “they were waiting for the main passenger”.

Kassem Suleimani arrived at the airport at the very moment when the doors on the plane were closed. He boarded with two escorted persons, and the plane headed for Baghdad. At the airport, he was already awaited by Abu Mahdi al-Muhandis (commander of the Shiite militia), they proceeded to the car. At this point, the American drone MQ-9 Reaper has already entered the zone for an attack. A rocket hit a car 11 minutes after the plane from Suleimani landed at Baghdad's airport. It was Trump's bold decision to strike at the Iranian general, as he himself stated, with the goal of preventing the death of American citizens in the future.
The material notes that this blow caused extreme concern in Riyadh. It is reported that the Crown Prince of Saudi Arabia "was so alarmed by the removal of General Suleimani that he sent his brother to Washington for a secret meeting with the US administration." It was additionally noted that tensions arose in the world due to the fact that many considered the United States ready to “block the Iranian oil and gas sector,” which would cause a sharp jump in oil prices with unpredictable consequences for the global economy.
Military Reviewin Yandex News
Military Reviewin Yandex Zen
102 comments
Ad