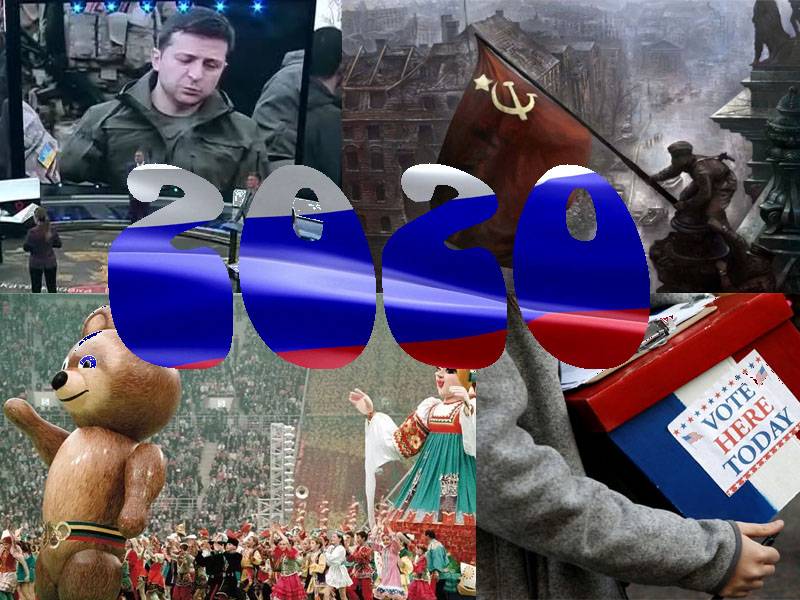 The battle of the chiming clocks died out, all over the country - from St. Petersburg to Kamchatka, the honest people congratulate each other, raising glasses for all the best and good.


Military Review does not stand aside and congratulates its esteemed readers on the upcoming 2020 - a year that, hopefully, will bring new achievements, remarkable achievements and records, increasing the material well-being of everyone and not just a narrow group of people, material well-being which is growing regardless of the year, time of day, weather and personal labor return.

Let us ponder a little over what should be remembered in the coming year.

Perhaps the main event is the 75th anniversary of the Great Victory. It just so happened that today the very memory of the victory of our fathers, grandfathers and great-grandfathers has to be protected from known attacks by those who decided to rewrite history. Protect from those who consciously pursue a policy of denigrating the Soviet soldier, by belittling the feat that was committed by the Soviet people. To defend against those who destroy monuments to Soviet soldiers, who try to accuse the Soviet Union of unleashing the Second World War, who transferred their policies to the tracks of Russophobia and hatred of Russia and our history. 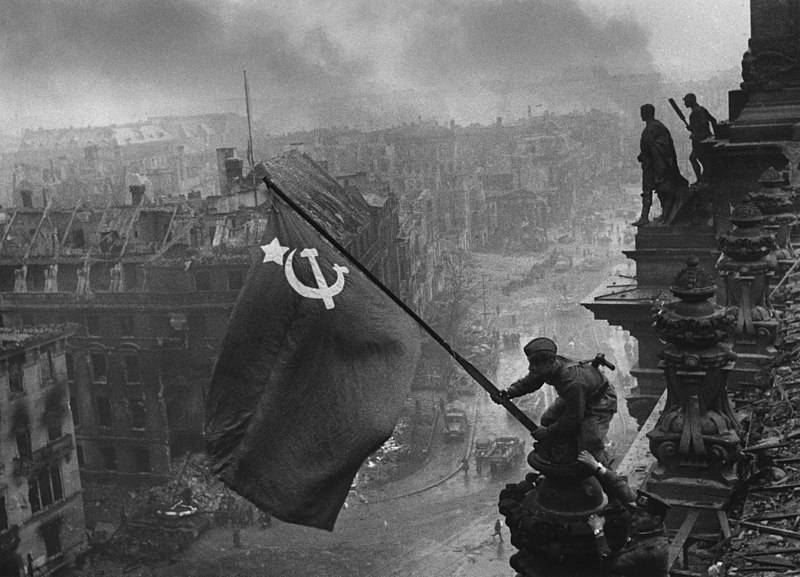 Recently it has become “fashionable” to discuss which of the foreign leaders and delegations will arrive in Moscow at the Victory Parade. But is it so important for Russia? Frankly: yes, let no one come at all ... Or to see the lean physiognomies of some Georgian or East European politicians who are day after day repeating about the "Soviet occupation" - great happiness for Russia? If for these people the overseas roll is more important than the contribution that their ancestors made to the Great Victory, then these are their personal problems and personal diagnoses.

In 2020, our country will recall the 40th anniversary of the Summer Olympic Games in Moscow. And there is something to remember. You can say as much as you like that “many of the strongest Western athletes” did not come to the Olympics, but this does not detract from the outstanding result of Soviet athletes. Recall the result of the Olympic Games for the national team of the Soviet Union: 80 gold, 69 silver and 46 bronze awards. Truly tremendous success. The second and third places at the 1980 Games were taken by the teams of the GDR and Bulgaria.

The Moscow Olympics are known for being boycotted by the "countries of progressive democracy." However, in fact, the boycott was from the governments, but not from the athletes. Many athletes in Western countries decided to ignore these politicized measures of "influence" on the USSR and come to Moscow. So, athletes from Britain, France, Italy, Australia, Ireland, the Netherlands, Switzerland and other "capitalist" countries took part in the XXII Summer Olympic Games - under the white flags of the IOC. A number of countries, including the USA, Japan, Turkey, China, made a “comprehensive” demarche and forbade even those athletes who expressed a desire to go to the USSR under a neutral flag to participate in the games.

One of the posters that strides through the years of Western propaganda (author: Herbert Block - USA) in a slightly changing form: 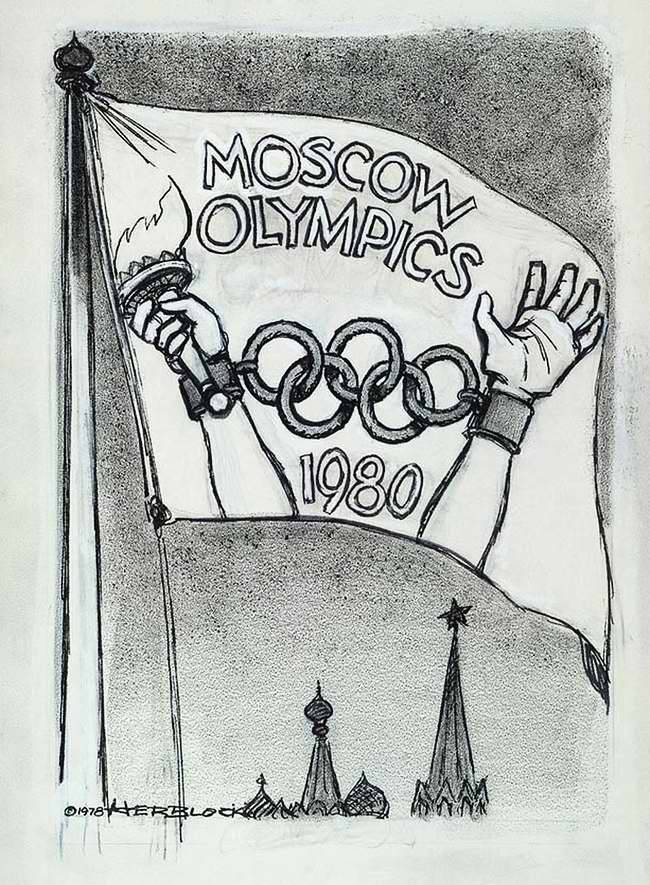 In 2020, we will again "choose" the American president. How else? All of Russia is just waiting for the upcoming American elections. What kind of internal social issues are there? After all, here it is decided who in the next 4 years it will be possible to blame for garbage not taken out of the yard, for the roof leaking in the house, and for the problems of Roskosmos.

In 2020, we’ll see another endless thousand television programs on federal channels about who is worse, Zelensky or Poroshenko, and who are smarter and more balanced in arguments: an expert political scientist from Russia or “eating pizza Gordey” from Ochakov and Tsymbalyuk with his tanks "in the Kuban" ...

In 2020, of course, we will not forget to criticize Putin in the morning, praise in the afternoon, criticize again in the evening, arrange icy criticism at night and again thaw in the morning, remembering that in the 90s it was worse ...

All this is ahead. In the meantime, we celebrate the first day of the new year. Happy holiday, friends!

We are in Yandex Zen
Reports from the militia of New Russia for 27-28 September 2014 of the year
December 2010 years. Russian March. Senseless and merciless? Notes not a Russian person
327 comments
Information
Dear reader, to leave comments on the publication, you must to register.