Taxes in Russian: whoever didn’t hide is to blame

Russia is a country of contrasts

One of the oligarchs (now deceased) once said about domestic business: "Taxes in this country are paid only by fools." By all indications, it is precisely this principle that continues to adhere to today absolutely all the sharks of Russian business that are still alive.

Back in the 90s, they tried to instill the psychology of deviators to everyone who had to deal with entrepreneurial activity in one way or another. Retirement and commission, kickbacks and lateral, finally, salaries in envelopes - all this, as you know, is not at all a thing of the past. Much has only acquired a slightly more civilian form.

The general public has developed a persistent tax nihilism, which becomes stronger the more often someone has to visit the tax authorities. The situation at the reception offices of the Federal Tax Service (Federal Tax Service) has not changed for the better since the introduction of automation and the notorious “single window”.

Customers in the updated offices of local branches of the Federal Tax Service are often ready to almost shoot themselves in front of everyone. Although those wishing to “help” with taxes even in the most remote corner of the vast country are always abundant. “Help,” of course, for a modest reward. So modest that you can give half of the business, and even more.

At the same time, various kinds of "protection" from the side of the "sympathetic" representatives of one or another power agency only leads to an even greater increase in the amount that you have to give for the right itself and continue to do its own thing.

But taxpayers are cunning people - practically everything has learned to count quite well. And almost all of them are embarrassed by federal statistics, which tells them only that they are the ones who overpay the state, while all the others are underpayments. 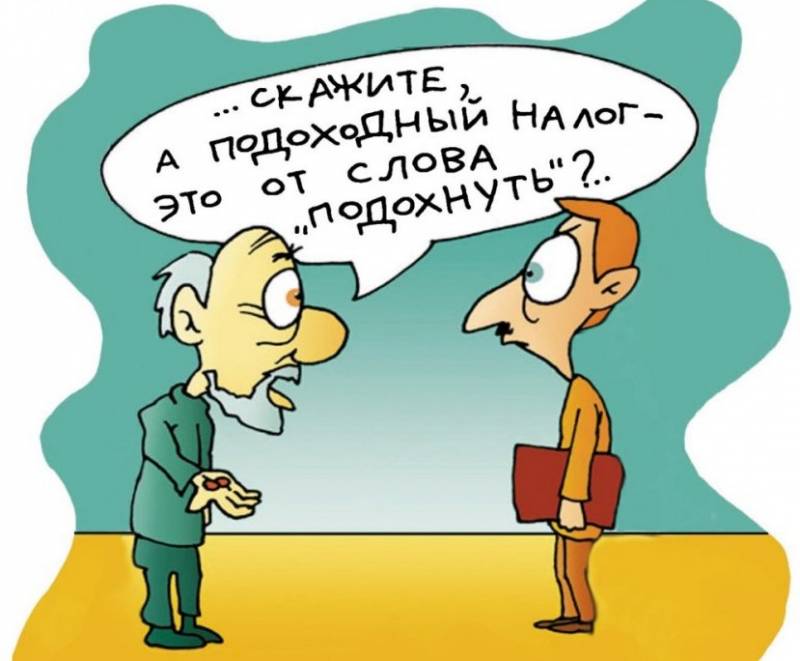 It is unlikely to be very inspiring for honest calculations with the treasury and another interesting, but very unfamiliar figure from the series “What Rosstat Does Not Know”. This is a statistical report of the Central Bank of the Russian Federation entitled “International Investment Position of the Russian Federation”. It carefully analyzes the ratio of assets and international obligations of our country.

From this by no means a secret document, one can learn at least what the sum of Russian foreign assets is, which someone did not quite correctly call the "open position" of our big business, by analogy with the exchange term.

This deliberate terminological error can be completely forgiven, since it allows us to understand that there are also “closed positions”. So, the “open position” of capital exporters who are Russian residents in the Central Bank of the Russian Federation was estimated at 1,3 trillion dollars. How big are the “closed positions”, and it’s scary to imagine. 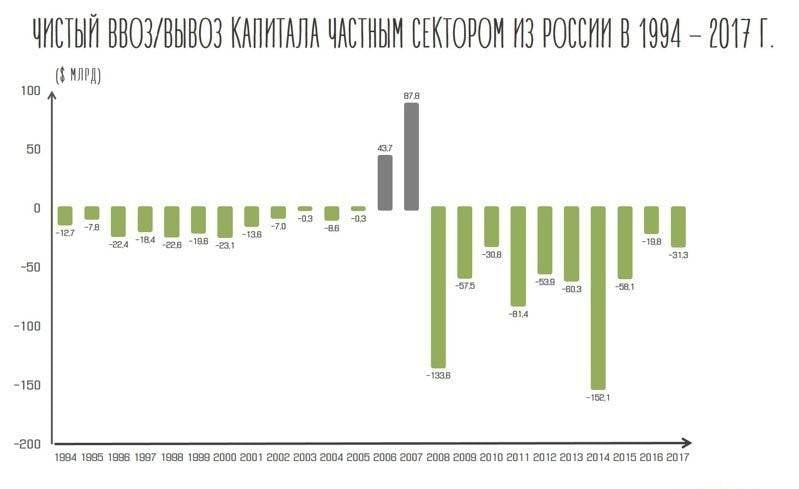 Already a little forgotten line from the BG cycle (Boris Grebenshchikov) about the old man Kozlodoev, first widely sounded in the cult "Ass", we decided to remind for a reason. It is she who, like little else, clearly characterizes the very “open position” of the Russian oligarchs, who for some three decades have plucked 90 percent of the national wealth under themselves.

We have to admit that this is a kind of "inner circle", from among those ranked and close to the current power elite. Well, those same “windows of individual apartments” from the BG song are offshore, where our and you, dear readers, are hidden, billions and trillions. They brought, bring and, it seems, will bring their current holders a stable profit for a long time to come.

Not the biggest, but not less than 5 percent per annum - that's for sure. But it is not the interest that matters, the amount with which they run is important. These amounts can be imagined even in terms of the scale of capital outflows from Russia, although this is only the tip of the iceberg. There, the bill goes to tens of billions of dollars and trillions of rubles. Think trillions! 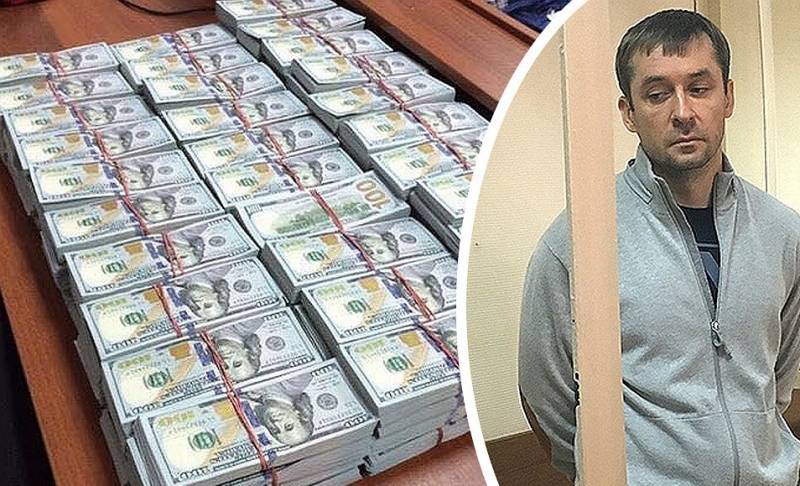 Is it worth explaining that even 13 percent of this profit does not want to pay anyone from the "inner circle". Yes, no one pays, because they do not seriously ask anyone. The expropriation that the power structures did with Colonel Zakharchenko or Senator Arashukov cannot be considered a really serious debriefing. There are billions of them and the name “the tip of the iceberg” will not turn around. 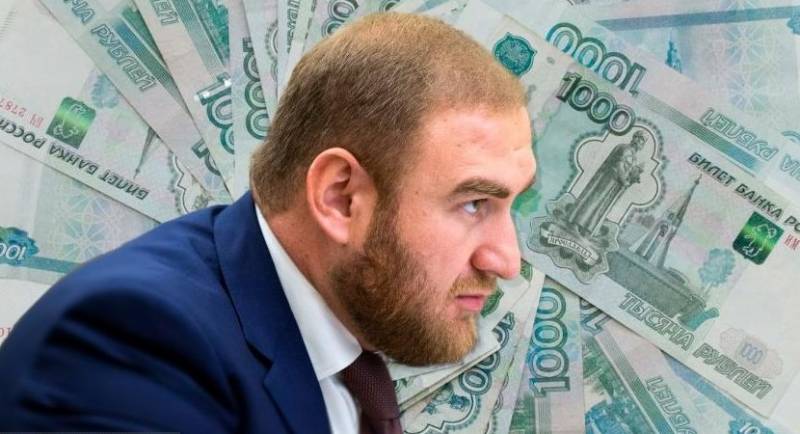 Not so long ago, the newly appointed, or rather, nominated to the secretary of the Public Chamber Valery Fadeev, one of the founding fathers of the business magazine "Expert", made a reservation about how much the rich households underpaid taxes to the federal treasury. It seems not so much - 500 billion rubles.

How much they should pay, Fadeev, an experienced journalist and part-time authoritative United Russia, did not bother to say. Or no one counted for him. Nevertheless, Fadeev needs to say “thank you” for the fact that he managed to notice the “huge potential” in collecting taxes from those very wealthy households.

Yes, collecting 500 billion from the rich is not an easy task. And is that not why Fadeev’s colleagues in the ruling party, over and over again, are letting go of the idea of ​​a progressive taxation scale. In parallel with this, taking care to tear off the sticky self-employed - nurses and hairdressers, tutors and private computer masters.

Plans to tax the "fat cats" have arisen more than once. The idea that the rich should pay more is very popular in society. Of the latest ideas, a generally modest proposal seemed to be quite acceptable to tax a salary of over 18 million rubles (2%).

However, a sound idea does not find understanding among our legislators. Although among them, it seems, no one earns more than 2 million. Many deputies and senators have better incomes, but judging by tax returns, they pay for all this, as they say, in full.

Many economists rightly consider the progressive taxation scale a powerful reserve for replenishing the budget. It is used in most countries that have recorded themselves on the list of civilized ones. In Germany, many have to pay more than 40 percent of any type of income. A flat scale is considered the norm for states with offshore jurisdiction. In this sense, Russia is an absolutely indisputable offshore. 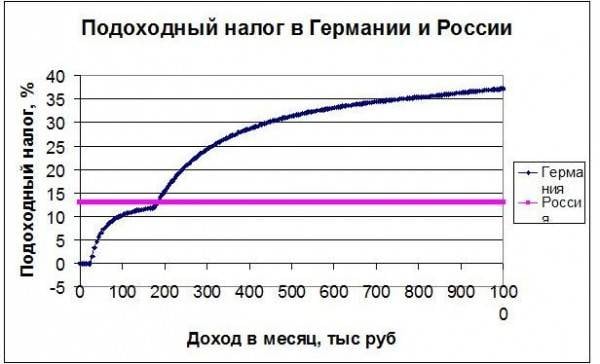 A fair question arises: why is capital so actively withdrawn from it? And because in other offshore companies it is quite possible to pay even less, or even not pay anything. In addition, in Russia, even for holders of “free billions,” there still remains a serious risk of falling under the grindstone of a showdown of power agencies. Which, incidentally, happened with the same Zakharchenko and Arashukov. Yes, and with the former Minister of the open government Abyzov, too.

But even with a flat taxation scale, our fiscal authorities could and, in fact, should collect much more into the treasury than now. A number of economists believe that fees should simply be many times more. Although not with such meager salaries as there are in Russia now, especially in the public sector.

And if it was only an unbelievably low salary. After all, those same 13 percent are not paid at all by ordinary office plankton representatives and civil servants, but by the owners of the largest capital and the recipients of the largest salaries and other types of remuneration. For example, from among the top managers of all the largest Russian companies, starting with Gazprom, Sberbank and Rosneft. 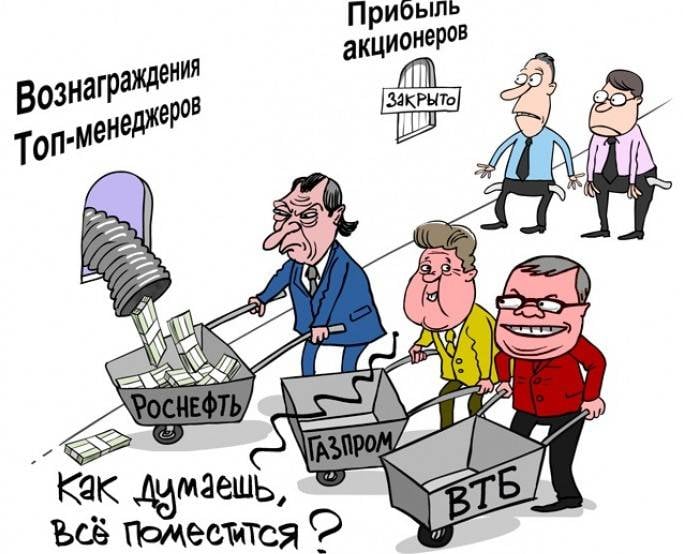 All this audience, by the way, also prefers settlements through offshore companies, with minimal taxation. And no laws on deoffshorization are a decree for them. However, even if there is a decree, then there’s practically no use from them. These laws were adopted five years ago in the form of amendments to the tax code, and were widely advertised.

Not to say that they do not work at all. They work, but by no means at the address - those who really should have been pushed out of the offshore are not pushed by tax amendments. One can judge this by this example: in 2019, Russia for the first time demanded a report on the so-called controlled foreign companies. But no more than 4 percent of them reported.

The rest didn’t even think about reporting - the business elite actually didn’t give a damn about the beautiful amendments to the Tax Code. Do you still have doubts that the best representatives will be able to circumvent the law on a progressive taxation scale in Russia?

We are in Yandex Zen
HSBC kept the dirty money of dictators and arms dealers ("The International Consortium of Investigative Journalists", USA)
The tragedy of the American army ("The Atlantic", USA)
149 comments
Information
Dear reader, to leave comments on the publication, you must to register.