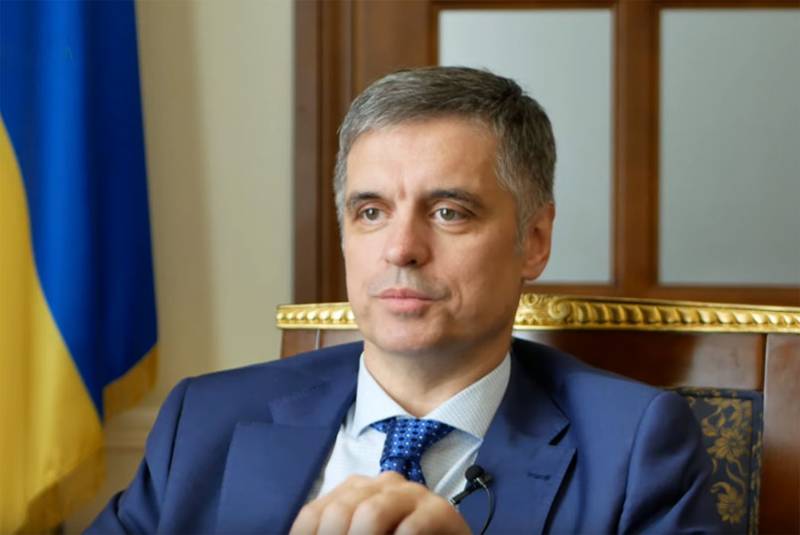 
The Foreign Minister of Ukraine said that Kiev was grateful to Berlin for providing financial assistance and support at the international level, but was forced to state that the request for military assistance was rejected by the German authorities.

I still hope that official Berlin will reconsider its position on this issue and still decide to help Ukraine strengthen its defense capability.
Pristayko noted that such a decision would help Ukraine, since “danger is coming” in its relation.

RND quotes the head of the Ukrainian diplomatic department:

We mourn the 13 thousand lives of Ukrainians. Germany and the EU have done a lot for us. But at the moment we are talking about the survival of Ukrainians as a nation.
About how Ukrainian citizens of Donbass died under Ukrainian bombs, Mr. Priestayko did not mention. Also, the head of the Ministry of Foreign Affairs of Ukraine did not mention that the government of this country has been doing everything for a year to make Ukrainians become less and less. According to the most conservative estimates, since 2014, about 6 million Ukrainians have left the country as migrants, refugees and guest workers. Most of them go to Russia.

I know about the guilt that Germany experiences due to the Nazi occupation of the USSR. The Third Reich killed millions of people, including many Russians. But did you know that the people who suffered the most during World War II were Ukrainians. We have lost up to ten million people. Sanctions are required to keep Russia at the negotiating table.
And here the Third Reich and the “need to keep Russia at the negotiating table” - Priestayko did not explain his “logic” to Berlin.
Military Reviewin Yandex News
Military Reviewin Yandex Zen
107 comments
Ad