What left 2019 in the history of world and domestic 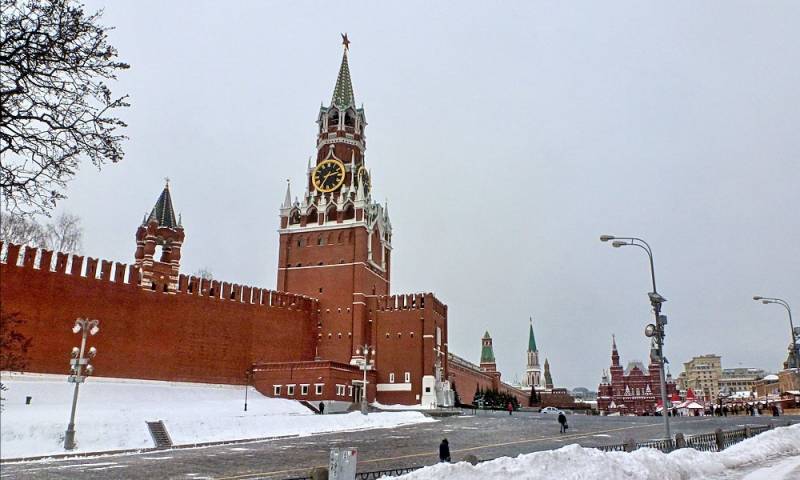 Goes to history another year of our lives. Let's try to recall what significant things he brought, which will leave him in the history of world and domestic?

First about war and warriors

Since our publication is called "Military Review", it would be right to start with the military results of the outgoing year.

There were defeats, but there were victories. What is one grand breakthrough with the supply of Turkey to the Russian S-400 anti-aircraft missile systems!

A worldwide scandal, a slap in the face to the American leadership, a serious crack between the two NATO allies and a big victory for the Russian military industry: if NATO countries and US allies began to buy its products, it says a lot! Yes, and a new market seems to be found, and the market is attractive: Turkey is a wealthy country, it has a large army, the desire for permanent re-equipment and rearmament is also present.

In 2019, the U.S.-Russian Middle East and Shorter Range Missile Treaty (INF) was limited, limiting the deployment of missiles in Europe. This decision, in fact, was very symbolic, although the Americans did not particularly hide that they were conducting new developments for a long time. Nevertheless, the demonstrative termination of the Treaty confirmed the US course towards a new arms race - not hidden, but quite official.

Syria. Here are a few key events. Firstly, this is the beginning of the withdrawal of American troops. Donald Trump nevertheless achieved his goal, and for little, he did not give the Kurdish allies to be eaten by his opponent - the "Sultan" Erdogan.

In fact, the withdrawal of troops is a recognition of US powerlessness in this conflict. They made the porridge, but failed to eat. And rightly so. Leaving Syria, America recognizes that the Middle East direction is no longer the highest priority for it. And who is replacing? Russia and to a lesser extent Turkey, which did not hesitate and sent its troops into the border areas. 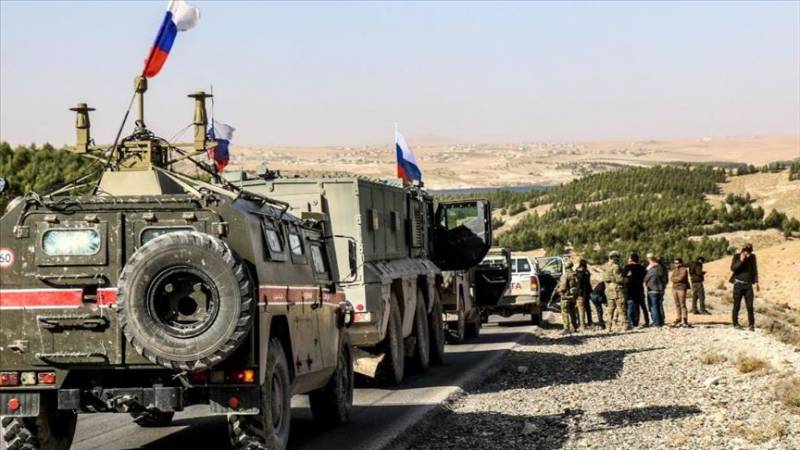 Secondly, terrorists continue to be crowded in all directions. In fact, it was the Russian armed forces in 2019 that allowed the Syrian government to return a significant part of the country to the control of Damascus.

There are also many positive aspects in domestic military policy: the Russian army continues to receive new weapons, but there are also fly in the ointment.

So, the tragedy in the military unit in Transbaikalia, where Private Shamsudinov shot eight colleagues, became a severe blow to the reputation of the army. It seemed that such excesses in the armed forces were over, but no, not everything was so smooth in our own army. Shoigu, of course, took duty measures: contract soldiers will go on guard for many days, only this is unlikely to affect the general order of the troops.

There are several of them and almost all of them are in the field of transport and communications. First, the Power of Siberia gas pipeline was completed in 2019, through which blue fuel will flow to China. China is a very voluminous market for Russian gas.

Secondly, the Turkish Stream and Nord Stream 2 gas pipelines are almost complete. On SP-2 passions boiled all year. Whoever did not try to interfere with the Russian gas pipeline under the auspices of the USA, but in the end common sense won and even the Kingdom of Denmark surrendered, giving consent to the construction of the gas pipeline.

The Moscow-St. Petersburg M11 Neva High Speed ​​Road was officially opened on November 27, 2019. Now from Petersburg to Moscow it will be possible to get even faster. True, Russia cannot be reduced to two capitals and the gap between them. But here the government did not blunder. 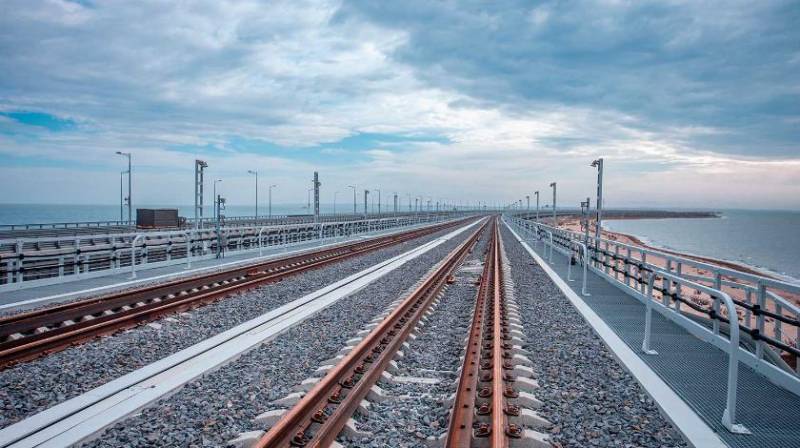 As promised, they launched the movement of trains on the Crimean bridge. Now it will be possible to come to Simferopol and Sevastopol by train. The trains will leave for Crimea immediately from several large cities of Russia. For the peninsula, this is a huge plus in terms of economic development, construction of new infrastructure, attracting tourists and new residents.

But in the social sphere, not everything is going so well. On January 1, 2019, the notorious law came into force, providing for a phased increase in the retirement age. Ultimately, Russians will retire at 60 and 65. And this despite the fact that most Russian men barely cross the 65-year line and go to eternal rest, and many do not even live up to this age.

Pension reform is the toughest miscalculation of power, which brought her enormous image losses. No matter how economists try to explain the need to raise the retirement age for ordinary Russians, it is very difficult to do this, especially considering the growing social polarization and resistance to the introduction of a progressive taxation scale. Here will be a fat aunt from the federal department, who worked with papers, albeit in a shirt with epaulettes, to retire at 40, and not bad at the same time, and uncle works at work in his 64s. Right?

However, the pension reform did not cause any mass explosion of social indignation. The population did not go out onto the streets in droves. Is it good? Maybe yes, or maybe not, because it signals yet another very worrisome moment: sociologists write that a significant part of young people do not expect to live up to 60-65 years, and therefore are not interested in pension reform as such. Optimists, however, believe that they will be able to collect "retire" on their own, regardless of the state.

An increase in VAT from 18% to 20% will inevitably affect the increase in the cost of goods and services, since the entrepreneur will not miss his. And that too is not good. The population is buying less and cheaper anyway, because purchasing power is falling, and here, in this way, it’s also gotten a bit of money. 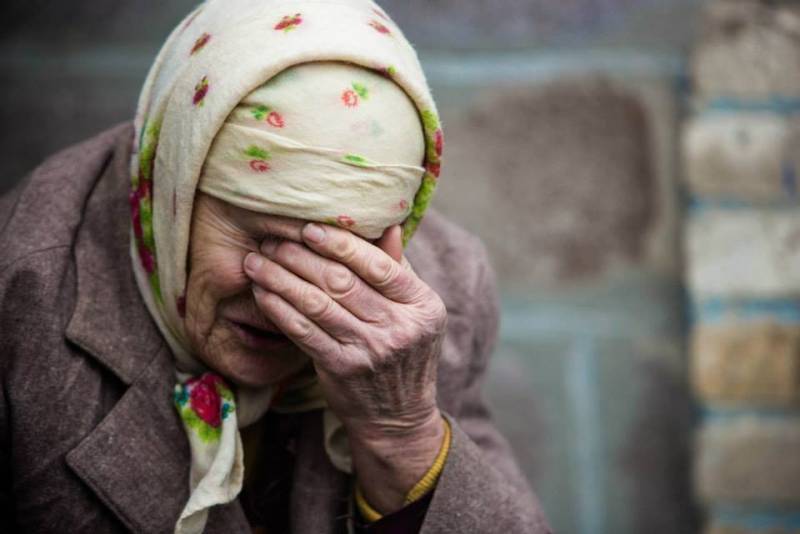 It turns out that at one pole is the Power of Siberia, Turkish Stream, Nord Stream 2, the sale of S-400 Turkey and victory in Syria, and at the other - non-gasified settlements, a poor population, early mortality. The presence of two children automatically transfers to the category of the poor even those people whose wages are very high by Russian standards. It seems that it is growing, Russia is developing, but for whom, if the basic layer of the population does not live well?

Another very troubling problem is the lack of a clear understanding among the people where and why our country is moving. No ideology, no development paradigm. Ura-patriotic slogans cannot be replaced by a real ideology and program, and the absence of a change of elites and blocked vertical elevators begin to strain even convinced patriots. No matter how effective the leader Vladimir Vladimirovich may be, there are limits to everything, including human life. And who is the successor? Where is he? Among whom and by what criteria should he be selected? Nobody can give a clear answer to these questions.

About scary and sad

Immediately a number of high-profile and extremely cynical crimes marked 2019, especially its second half. And this is not only the execution by ordinary soldiers of their colleagues in Transbaikalia. In Saratov, a 9-year-old girl was strangled who, by her misfortune, was walking past garages, where 35-year-old Mikhail Tuvatin, previously convicted, did not like something. This wild incident made many people talk about the revival of the death penalty, as well as the tragedy in the kindergarten in Naryan-Mar. There, over a six-year-old boy, the chronic alcoholic Denis Pozdeev cracked down.

In St. Petersburg, the 63-year-old assistant professor of the university, a brilliant scientist-historian and master of the Russian military-historical movement brutally cracked down on his 24-year-old girlfriend, dismembered her body and came across when trying to get rid of the remains of an unfortunate girl. What is this general insanity?

A bill on domestic violence has appeared in the Federation Council. It is highly controversial, since it implies increased state attention to the previously taboo family sphere. The family in Russia has always been considered a private affair, no one in a hurry and did not seek to get into the relationship of husband and wife, parents and children.

Now the situation may change. For example, categories for a protective order may be introduced that are new for Russia, which prohibit a home tyrant from approaching his victim, living with him on the same territory and even communicating by phone or the Internet.

The public, both Orthodox-conservative and feminist, was alarmed in earnest. To feminists, the bill seems too humane to domestic aggressors, and conservatives are convinced that it is aimed at destroying family values. Although what family values ​​can we talk about where one of the spouses systematically humiliates and harasses the other, do parents mock children or do old people become victims of obstruction of younger relatives?

By the way, Vladimir Putin said that he has a dual attitude to the bill, which means no less than its further development. After all, the president’s word in this case will be the main argument. And, of course, it will outweigh the opinions of representatives of the polar camps - liberal-feminist and Orthodox-conservative.

Of the politicians, the most striking personalities who left this year are: Yuri Mikhailovich Luzhkov, Anatoly Ivanovich Lukyanov. The bright journalist Sergey Dorenko crashed on a motorcycle. This year, Alexei Alekseevich Kadochnikov, the founder of his own hand-to-hand combat system, passed away. The list could go on and on, but still our article is not an obituary. However, the departure of such iconic people could not be noted.

What will bring us the new year 2020, we still do not know. But we guess that he will be no less, but more intense, than the passing year. The world situation will remain tense, the socio-economic situation of the population will hardly become better. And most importantly, the question of building the future of our country, its ideology, who will take the helm after the departure of the incumbent president and whether the people will live better, remains open.

We are in Yandex Zen
Situational analysis of the death of the MH17 flight (Malaysian Boeing 777), made on the basis of engineering analysis from 15.08.2014
Syria: Americans scare themselves, and Asma Asad buys chairs
53 comments
Information
Dear reader, to leave comments on the publication, you must to register.