The delivery of the Viktor Chernomyrdin diesel-electric icebreaker was postponed 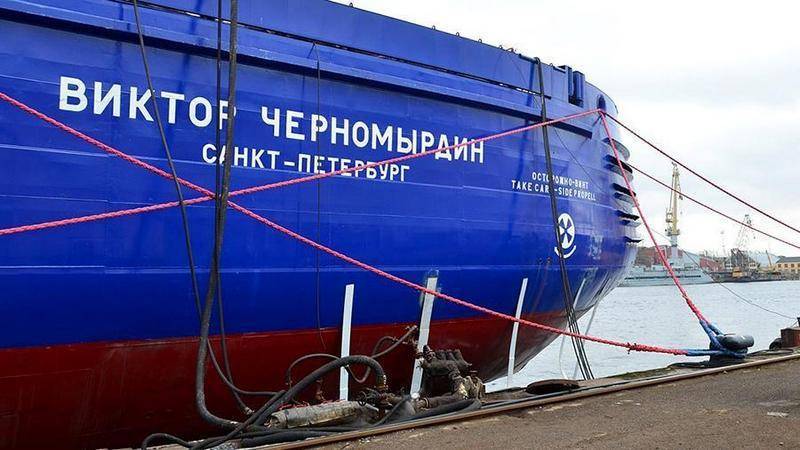 The delivery deadline for the world's most powerful diesel-electric icebreaker Viktor Chernomyrdin, project 22600, has been postponed again, now in the first quarter of 2020. According to the newspaper "Kommersant", the postponement of the date of delivery of the vessel has nothing to do with the technical readiness of the vessel.


The transfer of the Viktor Chernomyrdin diesel-electric icebreaker has been rescheduled again, this time in the first quarter of 2020. According to the publication, USC is not ready to transfer the vessel to the customer, as this will lead to fines and penalties in the amount of about 1 billion rubles. The thing is that the postponement of the delivery of the icebreaker to December 25, 2019 was not executed by a government decree, according to the latest order, the delivery of the icebreaker under the contract was postponed to September 30, 2018. If there is no new document, then Rosmorport will be forced to set penalties and late fees.

At the same time, it is reported that the icebreaker is technically ready, the crew is formed, the ship passed mooring and sea trials. After the transfer to the customer, the icebreaker will operate on the Northern Sea Route.

It is assumed that the official transfer of the vessel will occur immediately after the settlement of all financial and legal issues with the customer, as well as the receipt of the necessary documents from the relevant ministries and departments. The planned deadline for the delivery of the icebreaker is the first quarter of 2020.

We are in Yandex Zen
Reports from the militia of New Russia for 27-28 September 2014 of the year
Laid the keel of the first Soviet-era icebreaker with a capacity of 25 megawatts
68 comments
Information
Dear reader, to leave comments on the publication, you must to register.