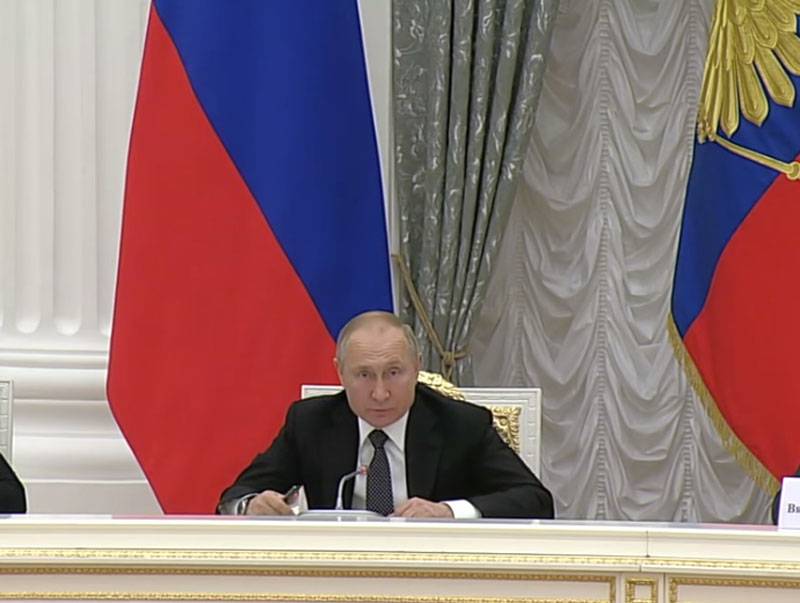 The Polish media and the so-called expert-political environment are actively discussing the statement of Vladimir Putin on the contacts of the Polish authorities with Hitler in the 1930s of the last century. Recall that, speaking at a board of the Ministry of Defense of the Russian Federation, the President of Russia spoke about the support by Polish politicians of Hitler's plans to evict Jews from Europe to Africa in 1938. For the words of the Polish diplomat Jozef Lipsky about his readiness to erect a "magnificent monument in Warsaw" to Hitler, Putin called that (Polish ambassador) "a bastard and an anti-Semitic pig."

The publication stated that during a visit to Israel on the 75th anniversary of the release of Auschwitz prisoners, Putin will deliver the same message.

dr_after11
Wait a minute, dear newspaper. It is not enough to say that "the statement of the Russian president is part of a wider campaign to discredit Poland." I want to know if this ambassador was a pig or not? Because if the documents show that this is so, then maybe you will have to admit it, instead of stuffing us with propaganda statements about accreditation? And if it is not, I ask for proof!
Another comment:

Let KGB agent Putin take over the pogroms of Jews in tsarist Russia and the Stalinist anti-Semitism of the 1950s.
Strange statement. Putin in his statement did not offer the Polish authorities "to take something upon themselves." There is a simple proposal to Poland and all of Europe: to recognize the fact of Hitler’s "pacification" policy. The Soviet Union at one time recognized the Molotov-Ribbentrop Pact, although the then authorities, for obvious reasons, had nothing to do with the agreement. But what prevents the current authorities of Poland from accepting recognition?

cardo-decumanus
It is rather strange that Poland has its own historical politics, and she likes it, but it grimaces when Russia shows that it also has historical politics. Can the editor accept equality in this case or not? And if he cannot, then why? President Putin quotes the Polish document written by the Polish ambassador in Berlin, addressed to the Polish Foreign Minister, which indicates that he works at the summits of Polish diplomacy and power - and intensively! - anti-Semitism. The document was created two years after the laws of Hitler were directed against the Jews.
Why does the editor Wilgocki not refer to this document, bypasses it, but insists that “Russia discredits Poland”?
Symmetree's Gazeta Wyborcza
We are waiting for the statement of President Duda.
Military Reviewin Yandex News
Military Reviewin Yandex Zen
266 comments
Ad