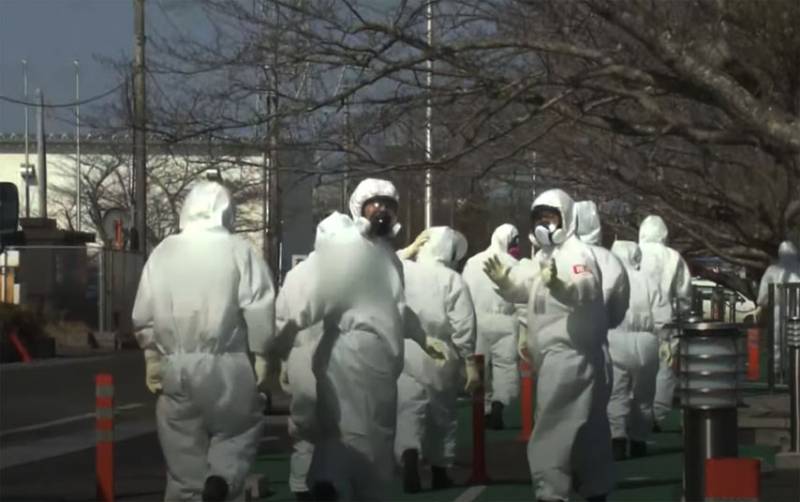 A few months before the start of the Olympic Games in Tokyo, IAEA experts once again inspected the Japanese nuclear power station Fukushima, which suffered a major accident with the release of radiation into the environment due to the tsunami. Experts noted the aggravation of such a problem as the accumulation of water contaminated with radionuclides in special containers at the station.


We are talking about water, which provides cooling of the reactor units at the station after the accident, as well as that which is the precipitation that came into contact with the "luminous" objects of the nuclear power plant. The Japanese company Tepco noted that they "collect" this water for storage with plans for further treatment. But there is so much contaminated water that they do not have time to clean it as planned. Tanks that are designed to store such water, according to experts, will be full by 2022.

One of the ways out when timely cleaning is not possible is to discharge part of the contaminated water into the ocean. This is evidenced by Japanese experts in the nuclear industry. But categorically opposed to this are fishermen, regional farmers, as well as environmental organizations in the Asia-Pacific region.

At the same time, experts note that with the further accumulation of water contaminated with radionuclides at Fukushima, there is a risk that the storage facilities may simply not withstand, for example, a new binge of the elements. Then all this radioactive water will flood the territory in an uncontrolled way and go into the sea, increasing the radiation level in this area hundreds, or even thousands of times.

The problem is being discussed, among other things, against the background of Japan’s preparations for the Summer Olympics. The IAEA notes that the situation with the rate of accumulation of radioactive water in Fukushima is "extremely serious and causes concern."