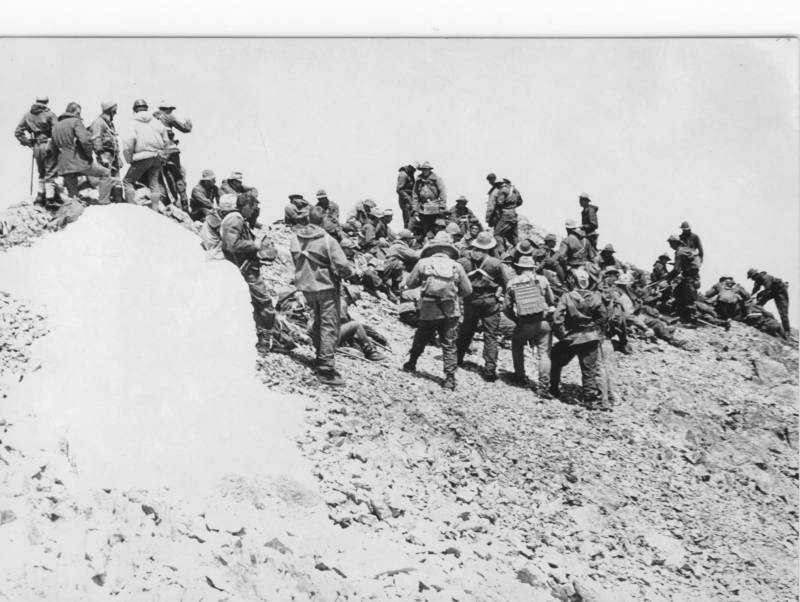 This year we are celebrating the second date, which has entered the heart of a huge number of Soviet soldiers and officers. Which left a mark on the lives of millions of Soviet people. It is in the heart. 40 years ago, the Soviet Union sent troops to Afghanistan ... I mean not only those who traveled their part of the road by the Afghan roads, but also those who, for whatever reason, did not go there. Those who were waiting for their Afghan at home. And there were thousands of them.

Afghanistan is not a state, this is fate

Afghanistan began for everyone in different ways. I recalled the incident that occurred in the early 80s in one of the district centers of the Surkhandarya region (now Vilayata). A case that slightly changed my attitude towards the residents of the border zone. The case from which my acquaintance with the combatants began ...

Contrary to popular belief, Termez was one of the first to enter Afghanistan, not conscripts, but “partisans”. I recall a conversation in a teahouse with one ZIL-131 driver. An old man, about 65 years old or something. It turned out that at the end of the 79th - the beginning of the 80th he was part of the autobat, which was one of the first in Afghanistan.

The fact is that the compounds that were on the border were cropped, i.e. they did not have the personnel in the required quantity and were deployed to full staff at the expense of local reservists. The same thing happened with automotive equipment.

An elderly driver has just received the dream of a lifetime - the new ZIL-131. And then the order to mobilize precisely his car at the disposal of a military unit. The driver did not want to give the car and went as part of a battalion to Afghanistan. He returned with the car only in March 80th. By the way, he didn’t tell about any fights ...

The fighting started later. When the spirits began to receive military assistance from the United States. When they began to implement the decision on "organizing a second Vietnam for the USSR," as stated at a special meeting in the US State Department in February 1979. But by this time the partisans were gone. There were regular units of the Soviet Army.

We should not be sorry

A lot of dirt was poured on the Afghans quite recently. Many times I heard from politicians, and after them ordinary people the question: why? Why did our soldiers and officers die? Was Afghanistan, from which then we just left, such victims?

I don’t intend to argue with anyone. I believed and still believe that our soldiers not only fulfilled their international duty. They defended the southern borders of the USSR. Just like those who do their duty in Syria now do it. The soldiers defended their mothers, fathers, brides, children ... their families. Present and future ...

525,5 thousand people served in the limited contingent of Soviet troops! More than half a million! And the total number of military personnel who took part in the hostilities in Afghanistan is about 620 thousand!

Of these, 13833 were killed (officers and generals - 1979 people), 49985 were injured, 6669 people became disabled. In addition, 572 KGB officers and 28 employees of the Ministry of Internal Affairs were killed. The number of victims was also increased by 172 military advisers (of which 144 were officers).

When a veteran of Afghanistan, hung with awards of various stripes, sometimes meets on the festive streets of Russian cities, I always want to ask: for what kind of feats did you receive them? Any medal “For courage on Salang”?

In total, during the war in Afghanistan (for the entire period), a little more than 200 thousand people were awarded orders and medals. 86 Afghans became Heroes of the Soviet Union (28 posthumously). Awards, especially in the first period of the war, were not often given. Maybe that's why today they look with respect at the soldier with the medal "For Courage" or "For Military Merit." Received for the case ...

And yet we won

40 years ... And what began 40 years ago? Our victory or our defeat? Who won the war? This issue has been discussed in the media for many years. We are convinced that the withdrawal of the Soviet Army from Afghanistan is a defeat. But ask any Afghan: did he win or lose?

Yes, there were defeats in individual battles and even operations. I remember the death of the battalion of Captain Korolev at the end of April 1984. This is not customary to talk about. But the memory of the courageous battalion commander Alexander Korolev must be preserved. He controlled the battalion until his death. Then the doctors counted six bullet wounds!

But there were victories. The victories that reduced the resistance of the Mujahideen to a minimum. One prominent American intelligence officer, head of the State Department’s intelligence and research bureau, said in 1997:
“In 1985, there were real fears that the Mujahideen were losing, that there were fewer of them, that they were falling apart. They had great losses, and the retaliatory damage to the Soviet troops was negligible. ”

Note, this was said about the time when the losses of the USSR were the most significant (1984 - 2346 people., 1985 - 1868 people.). One can imagine what losses the spirits had. Another question: what are the goals of the war in the new political reality?

The war has become a routine. It has reached a dead end, as, for example, the war in the Donbass today. Therefore, it was decided to withdraw troops. In principle, the decision was correct. By 1989, Afghanistan had lost its paramount importance as a springboard for an attack on the USSR. The West has intensified in Iraq, Iran and Syria.

Today they insistently tell us about some similarities between the war in Afghanistan and the war in Syria. Hinting at the same time that the end of the Syrian company will be the same. The impasse and care are not salty. Moreover, this is done quite often by different authors.

So, recently Lebanese journalist Basam Mukdad distinguished himself, who in his article “Syria is the second Afghanistan for Russia” (سوريا أفغانستان الثانية لروسيا) explains his point of view and motivates it based on the statements of some Russian politicians. The leitmotif of the Lebanese journalist’s material is the idea that Russia is an unreliable partner, and you cannot believe it.
"Assad must preempt Moscow’s actions and drive the Russians out of Syria."

The position of our country in the region is too strong. Both military and political. We are the only country that acts without breaking the law. Neither international nor Syrian. And the air base in Khmeimim, along with the Navy base in Tartus, cause a lot of trouble to the opponents of President Assad.

In the Caucasus and Syria, too, Afghanistan

40 years ago, the war in Afghanistan began. 30 years ago, as we then thought, it ended for us. Although more than 200 soldiers and officers of the Soviet Army are still being sought by our specialists in this country. But the war is not forgotten. She continues.

It was not for nothing that I mentioned the Lebanese journalist’s article in a material dedicated to the 40th anniversary of the entry of our troops into Afghanistan. This is an indicator that this war is ongoing in Syria. And it will go on. Whether we want it or not. Like Vietnam for the Americans or North Korea for the Chinese.

The soldiers who fought in the Afghan mountains became the fathers of soldiers in the Caucasus and Syria. The exploits of the Afghans are the exploits of their sons. This is the pride of Russia. This is the salt of the Russian land. And they will fight with us all the time. Cowards do not like heroes. But cowards always remain cowards and run at the first danger. And we remember the heroes, and our children remember, and the grandchildren ...

We are in Yandex Zen
The tragedy of the American army ("The Atlantic", USA)
Bashar al-Assad: In Syria, not the “revolution” that the enemies are talking about, but the revolution of the army and the people against terrorists
78 comments
Information
Dear reader, to leave comments on the publication, you must to register.