The fiasco of the Chinese "Sushki" in the sky over Thailand. Unknown Falcon Strike 2015 Exercise Details 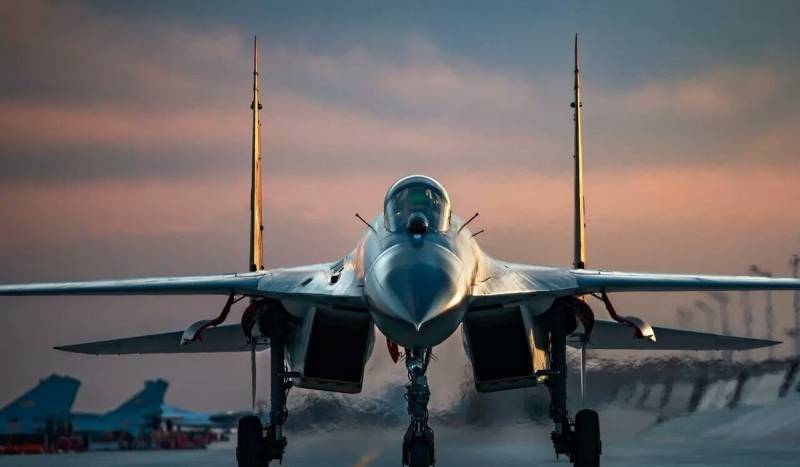 Interesting food for thought in the Russian and Chinese expert communities was provided on December 14, 2019 by the eminent Indian military-analytical portal bharat-rakshak.com, in one of the sections of which were published a graph and a table with previously unknown results of joint flight tactical exercises of the Chinese Air Force and the Royal Thai Air Force Falcon Strike 2015, held in the vicinity of the Thai Korat air base from November 12 to 30, 2015 using heavy multi-role fighters of the 4+ generation J-11A and JAS-39C / D Gripen.

Graphic and tabular data, scrupulously compiled on the basis of the ratio of victories and defeats of both types of machines during several stages of the exercises, clearly demonstrated the complete inability of the Chinese J-11s (licensed copy of the Su-27SK from Shenyang Aircraft Corporation) to oppose the Gripen the Thai Air Force both in long-range aerial combat at a distance of 80 km and more (24: 0 ratio) and in medium-range combat at a distance of 20–80 km (64:14 ratio). And only in close air combat (BVB), called the “dog dump” in NATO Allied Forces, the ratio of victories and defeats amounted to 86:12 not in favor of the Thai “Gripen”.

For the uninformed representatives of the "ordinary blogosphere" who do not have the proper range of data on flight performance, as well as the technical parameters of on-board electronic equipment and missile weapons participating in the exercises of the Gripenov and J-11 modifications, this result caused complete bewilderment, because in their vision “heavy fighters should maintain confident dominance over light multirole fighters in long-range aerial combat, while LFI should fend off the potential of heavy twin-engine engines machines in Dogfight. In reality, this opinion does not have a single technological or operational-tactical justification.

As careful monitoring of the Chinese segment of the Internet over the last quarter of 2015 showed, the PLA Air Force command involved early-modified J-11A multi-role fighters belonging to the 6th regiment of the 2nd fighter aviation division located at the Suixi air base in the Guangdong military district in these exercises province of the same name. The J-11A multifunction fighter jets are equipped with upgraded airborne radars of the Panda project type N001VE, presented by Cassegrain antenna arrays with additional bypass channels for implementing the air-to-surface mode.

Despite the fact that these radars boast a 10% increase in energy potential compared to the early (standard) version of the H001 radar, their noise immunity still leaves much to be desired, and the range of "capture" targets like "JAS-39C / D "(EPR is about 1,7 sq. M) does not exceed 75-80 km, while the standard airborne radars with slot antenna array PS-05A of the Thai JAS-39C / D" Gripen "can" capture "J-11A on a similar distance, because it is well known that the latter can not boast of the availability of means to reduce radar constant signatures, having an effective reflective surface of the order of 12-15 kV. m

Consequently, during the long-range aerial combat phase worked out as part of the Falcon Strike 2015 exercises, the crews of the Thai Gripen and the Chinese J-10A, using the PS-05A and H001VE radars, found each other almost simultaneously, on the basis of which it is still impossible to predict the establishment of air supremacy by fighter units of one or another side. The following question arises: what factors contributed to the unconditional victory of the JAS-39C / D?

First of all, we are talking about simulated air-to-air missiles, the tactical and technical parameters of which were included in the software of the weapons control system (SUV) of fighters, which is responsible for simulating virtual air combat in general and electronic launches in particular. So, if the parameters of the far from the most promising medium-range PL-11 guided air combat missiles, equipped with active radar seekers of the 12B-9E type and possessing an effective range of only 1348-70 km, were entered in the SUV of Chinese J-85A, then the simulation software the armament control systems of the Thai Gripenov with maximum probability the parameters of long-range air-to-air guided missiles AIM-120C-5/7 with an intercept range of 105 and 120 km, respectively, were introduced.

And even if the low-energy PS-39A radars installed on the JAS-05C / D did not allow the Gripen crews to fully realize the range potential of the AMRAAMs, their early launch from a distance of more than 110 km could be possible thanks to the implementation of the HOJ mode (homing; in if the J-11A pilots use the REB L005-S "Sorption" container systems), or by target designation from the on-board radiation warning system, which can detect and calculate the angular coordinates of the radiation source (in our case, the Chinese N001VE radar) enii about 200-250 km. As for the Chinese J-11A, the PL-12 URVV pendants located on their nodes, which have less than “long-playing” single-mode solid propellant rocket engines (in comparison with the AIM-120C-5/7), would not have allowed the Thai Gripenov to be intercepted by a distance of 90-100 km, even if direct on-board warning would be taken by the on-board warning systems for irradiation of SPO-15 “Birch” or airborne early warning and control aircraft KJ-2000.

To maintain the combat stability of the PLA Air Force in the Falcon Strike 2015 exercises, the use of prototypes of advanced multi-functional fighters of the 4 ++ J-11B generation equipped with promising long-sighted airborne radars with AFAR, as well as with an updated information field for crew cabins, could be maintained , modern terminals for the exchange of information on tactical air conditions and updated software for simulating air combat at medium and long ranges.

The last paragraph provides for the introduction of templates with the parameters of the “virtual” PL-15 aerial combat missiles with integral ramjet engines and a range of 200-250 km. Digital launches of the “virtual” air-blast devices of this type, possessing the highest speed and maneuverability even on the terminal portion of the flight path, would provide the J-11A with complete dominance over the Swedish 4+ generation vehicles.