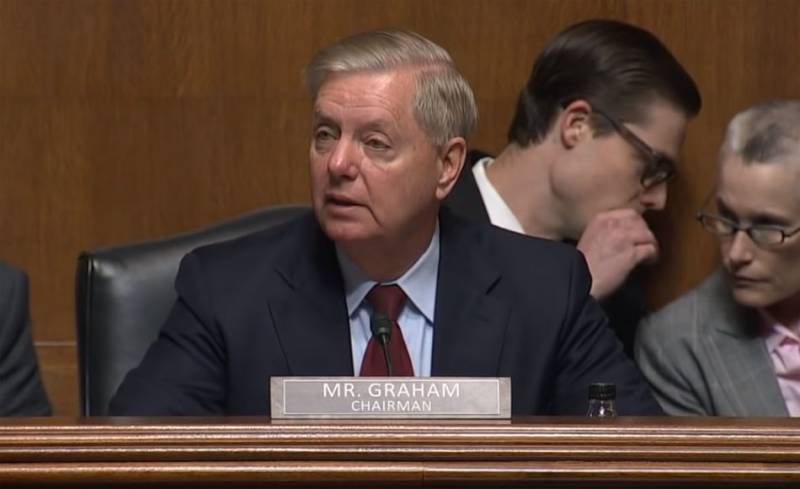 In the section “Club of Friday Lovers” we present a story about the American version of the “Politburo,” which is called “Congress” in overseas circles.


If we pay attention to those legislative and legislative initiatives that are being discussed on US Capitol Hill, we can draw several far-reaching conclusions. The first conclusion: the American "political bureau" no longer hides the fact that it sees the whole planet Earth as the territory of its interests. At the same time, interests sometimes border on manifestations of senile reactions, but nonetheless. The second conclusion: meetings of the American "Politburo" became the main show of "dirty linen" in the United States of America.

And when they only manage to adopt internal laws against the background of such foreign policy activity? Or are deputies, advisers and assistants doing such “insignificant” details? ..

In fact, for several days, American congressmen, in addition to their internal “sore” story about the hearing about the impeachment of Trump (this, incidentally, was the end of the internal agenda), discussed or adopted several extraterritorial directives and resolutions.

Right now, congressmen were suddenly preoccupied with the need to adopt a resolution on the Armenian Genocide in the Ottoman Empire (exactly to Ankara’s demarches on the C-400). Right now (when at least some positive progress has been outlined after the “Norman” meeting), congressmen came up with the idea to discuss the possibility of ranking Russia among the “sponsor of terrorism” states. Right now, the American "political bureau" decided to think about adding the LPR and the DPR to the list of "terrorist organizations" with a directive for the State Department to discuss this possibility. In addition, US congressmen announced the need to tighten sanctions against Iran, the need to arrest the accounts in the States of companies that own pipe-laying vessels engaged in the implementation of the Nord Stream-2 project.

At the same time, in Russian talk shows, experts constantly say that this, they say, is for internal use, do not pay, they say, attention; this is supposedly all the election rhetoric. In fact, nothing of the kind. This is a typical political bronzelovanie, which is characteristic of politicians who understand that "at least the Flood" - their party will still to some extent remain in power - not in the Senate, but in the House of Representatives. Well, because this is the American version of the theory of social (in this case, political) contract. The opinion of ordinary Americans in the USA is of no interest to anyone, just as it is of no interest to anyone in the case of "democracy" in other states. As an example: constant “head to head” in the presidential election with loud exclamations - look at our democracy: every tenth of a percent is important. This political bureau has its own wizards "on blue helicopters."

One question: if this American "bronzelnost" with overt pressure on everyone and everything (from Russia, India, China, Turkey to Zimbabwe, Sudan, etc. - well, there’s a business ...) will go on and on - for decades , then one of the words in the letter “C” will have to be removed from the dictionary - justice.
Military Reviewin Yandex News
Military Reviewin Yandex Zen
30 comments
Ad