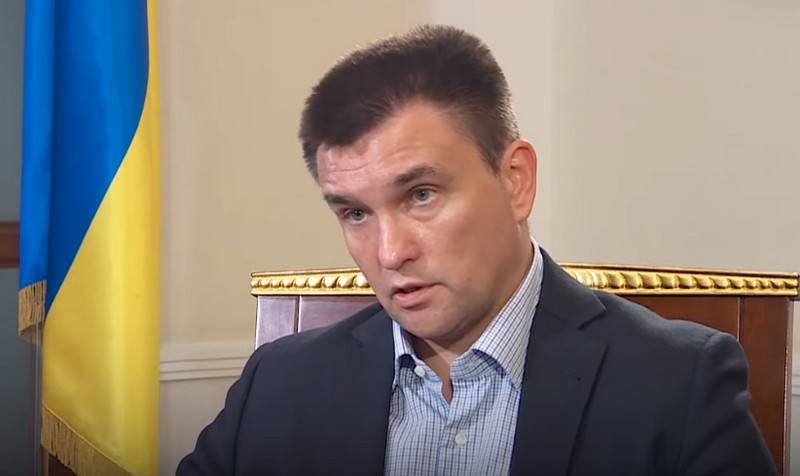 If a compromise is reached in negotiations with Moscow to resolve the crisis in the south-east of the country, a number of Ukrainian territories "will become under vassal dependence on Russia." Such a "prophecy" was made by the former Minister of Foreign Affairs of Ukraine Klimkin in his article for the publication "European Truth".


According to the ex-minister, today there are only three options for resolving the conflict in the Donbass. The first of them, in which Ukraine compromises with Russia, according to Klimkin, will end with the collapse of Ukraine and the transfer of a significant part of the territory to the Kremlin’s arm. At the same time, he notes, in Kiev they know about this option and some of the Ukrainian authorities do not exclude such an outcome.

The second option is to freeze a conflict with a ceasefire, but in this case, Kiev itself blocks the road to NATO and the European Union, since part of the country's territory does not obey the center.

And the third option, Klimkin called the "fight to win." However, according to the ex-minister, at the moment this is the most unlikely option, since he will not be supported by the population of Ukraine, who wants to end the hostilities, but does not want to "compromise."

In Crimea, commenting on Klimkin’s forecast, they said that Ukraine was really on the verge of collapse, not only through Russia's fault, but because of the incompetence and unprofessionalism of the Kiev authorities. According to the co-chairman of the Assembly of Slavic Peoples of Crimea Roman Chegrints, Ukraine may follow the path of Yugoslavia and fall into several states, which, according to their historical the roots will finally disperse in different directions.
Military Reviewin Yandex News
Military Reviewin Yandex Zen
77 comments
Ad