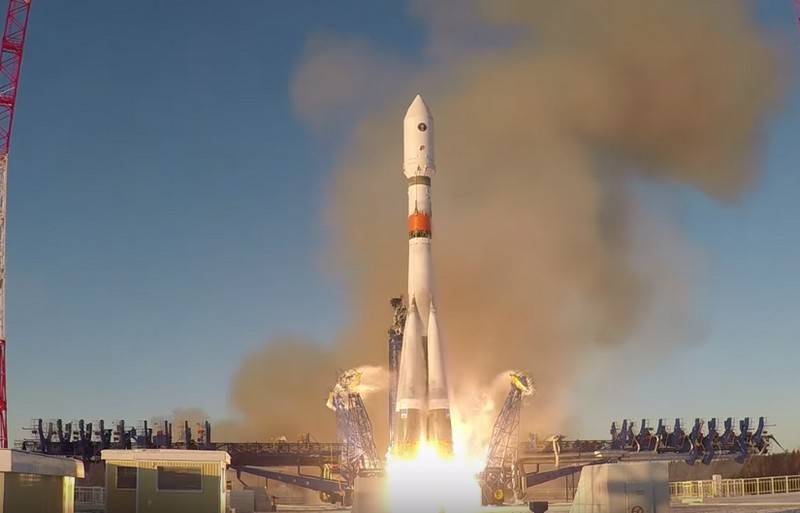 Launch of the Soyuz-2.1b launch vehicle with the Plesetsk 11.12.19 satellite


The Russian Aerospace Forces (VKS) took control of the Glonass-M navigation satellite, launched on Wednesday, December 11 2019, from the Plesetsk Cosmodrome. It is reported by the Russian Ministry of Defense.

According to the military department, the Soyuz-2.1b launch vehicle with the Glonass-M satellite was launched from the Plesetsk cosmodrome at 11.54 Moscow time. vr. After a set time, the Frigate upper stage with the spacecraft, which launched the satellite into the calculated orbit, separated from the third stage of the rocket. As noted in the Ministry of Defense, the launch of the rocket and the launch of the satellite into orbit took place as usual. Currently, a stable telemetric communication has been established and maintained with the satellite, its on-board systems are functioning normally.