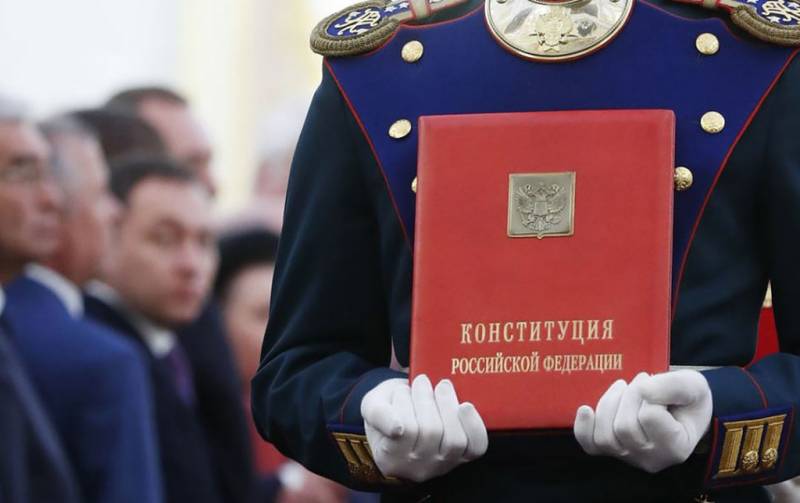 On December 12, Russia celebrates Constitution Day. Until a certain time - a day off. Now - a normal working day, but with a claim to "one of the main public holidays." Although, according to statistics, the Russians are still not inclined to feel awe before this day. Many people of the older and middle generations believe that the very appearance of the Constitution of the 1993 model de jure was a dubious process - because the constitution was written under Western advisers, and in addition, the opinion of the majority of Soviet citizens was not taken into account during the referendum on the preservation of the USSR .


If we talk about statistics, it turns out that those wishing to change the Fundamental Law of the country to one degree or another are added. The Public Opinion Foundation has published data according to which more than two-thirds of respondents suggest changing the content of the Constitution - 68 percent. For comparison, last year this indicator was 66%, and in 2013 - 44 percent. At the same time, 54 percent of respondents called the current Constitution of the Russian Federation “generally good”.

Those who wished to amend the basic code of laws, believe that the innovations in the Constitution should be aimed at improving the social policy of the state, to improve the standard of living of citizens. What specifically should be the new paragraphs is not reported.

The constitution was adopted at one time. She has 26 today.

The previous Constitution in our country (then still in the Soviet Union) was adopted in the 1977 year. It is often called "Brezhnev".
A few comparisons to think about.

Article 1 of the Constitution of the Russian Federation:

The Russian Federation - Russia is a democratic federal state with a republican form of government.
Article 1 of the USSR Constitution of the 1977 model of the year:

The Union of Soviet Socialist Republics is a socialist nation-wide state that expresses the will and interests of the workers, peasants, intelligentsia, working people of all nations and nationalities of the country.
Article 2 of the Constitution of the Russian Federation:

All power in the USSR belongs to the people.
In this way, the Soviet Constitution has already managed to indicate twice who in the country should be the master — the people and whose interests the state is obliged to express — in the current Constitution of the Russian Federation about the “source of power - the people” clearly recall only the 3 article.

But ... for all the documentary beauty of the Basic Law of the USSR, as it turned out, it did not work. The power that should have belonged to the people was in the hands of crooks, who eventually sold this same power, and the country, and the people. At the same time, the people themselves turned out to be extras, looking at how, instead of a socialist nation-wide state, "democratic" lines at McDonald's appeared.

And therefore, on the day of the Constitution of the Russian Federation, purely civilian want to hope that today's elites will often recall the source of power in the country and at the same time take care of Russia and Russian citizens not only at the level of theses and slogans delivered from the stands. Then the "lovers" of the Basic Law will become more.