In Ukraine, tests of the BTR-4E with a system of "transparent" armor began 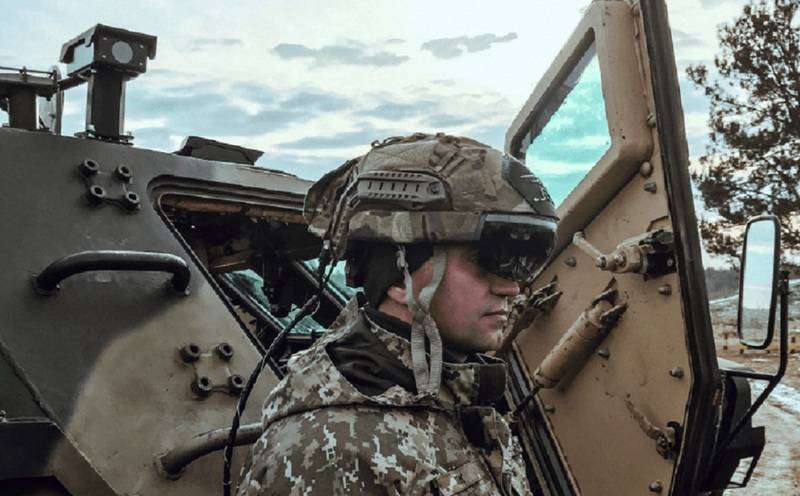 The Armed Forces of Ukraine began testing the so-called "transparent armor". A sample Land Platform Modernization Kit (LPMK) system is installed on the BTR-4E armored personnel carrier. This was announced by the head of the Ukrainian private company Limpid Armor Inc., which developed the system, Mikhail Grechikhin.


At the Yavorov training ground in the Lviv region of Ukraine, tests began on a sample of the Land Platform Modernization Kit (LPMK) system of the so-called "transparent" armor on the BTR-4E armored personnel carrier. This system consists of eight cameras with night channels installed around the perimeter of an armored personnel carrier, a server, monitors, and helmet-mounted headsets based on Microsoft HoloLens commercial smart glasses. The image from the cameras is transmitted to monitors and glasses, allowing the crew to "see" the situation around the car from all sides, as if the BTR body was missing.

The company introduced the concept of so-called transparent armor. It allows the crew to access improved situational awareness. Depending on the rotation of the head (helmet), the military sees the area they need. Time to update information to 2 milliseconds. The company also introduced the 14 recognition function for typical targets, which was very lacking. And further
from the most important: the system can be applied at night
- reported in the scientific center of the Ground Forces of the Armed Forces.

The development company said that the LPMK system can be installed on any type of armored vehicles. Tests of the BTR-4Е with the LPMK system are planned to be completed by the end of the 2020 year.