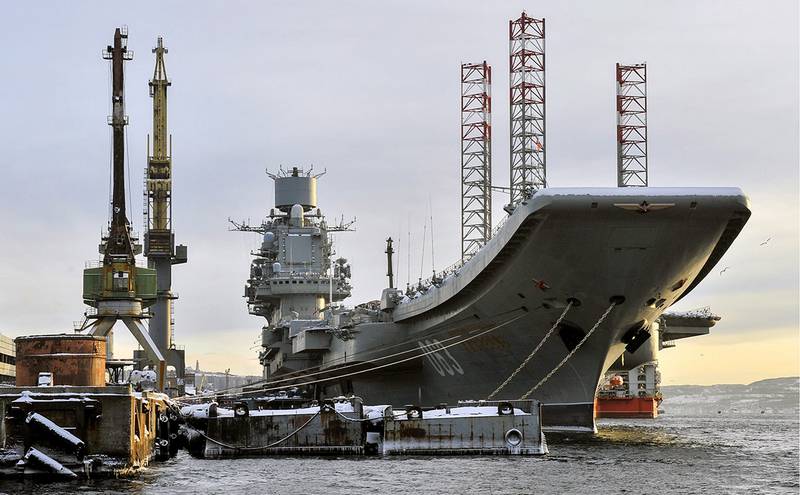 The scope of repair work on the Admiral Kuznetsov Tavkr increased, this became clear after the ship was defective. This was announced by the head of the USC Alexei Rakhmanov.


According to Rakhmanov, the ship is being repaired on schedule, but a defect carried out in October showed the need for additional work, which the head of the USC did not report. Despite the increased volume of necessary repairs, the only aircraft-carrying cruiser Admiral Kuznetsov in Russia is planned to be returned the fleet in 2022, as stipulated by the contract.

He explained that all actions to repair the ship USC will coordinate with the Ministry of Defense. It was previously reported that the Russian fleet planned to receive the Admiral Kuznetsov aircraft carrier cruiser in 2021.

Problems with the repair and modernization of the Admiral Kuznetsov TAVKR arose after the loss of the only floating dock in the Northern Fleet PD-50 of the 82 shipyard, where the cruiser was to be docked for the second time. Currently, the construction of a new dry dock is underway at the 35th Shipyard of the Zvyozdochka CS, and work is scheduled to be completed next year.