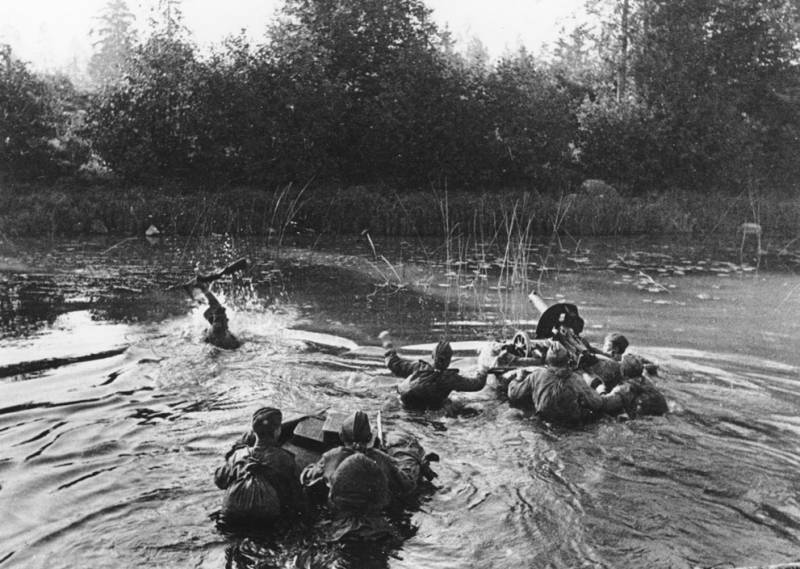 The grove under the mountain was burning

And the sunset burned with her.
We were left with only three
Of the eighteen guys ...

Hitlerites have already been driven from the Belarusian land. The soldiers of the 433th Infantry Regiment did not sleep for a day, chasing the enemy on the heels. And only when weary and exhausted, stopped at a halt. Yes, and if you want it or not, you will stop: there is a river ahead, you will not jump over. But only the soldiers pulled themselves to the shore, when the order arrived: to proceed to force the Neman.

The night on July 13 of 1944 was unusually warm and dark. But darkness and silence in war are deceiving. The platoon commander, Lieutenant Sukhin, was careful: he decided to send intelligence first. Upon receiving the order, Sergeant Kalinin selected four fighters and explained the task. We decided to swim across the river. It was already dawn. Fog rose from the water. They kept tight, so as not to lose sight of each other. Although the Neman is not wide at this place, only 70-80 meters, the current is strong, and the scouts are carried far away from the site of the proposed landing. The enemy was not found. We returned to our shore. Reported to the commander. The order is to begin the crossing.

About a third of the path was left behind when the silence was broken by shots. It became clear that the Germans did not find themselves precisely because they noticed intelligence. There is only one way out - faster under the protection of the coast, into the dead space. Loaded with clothes, an assault rifle, disks and grenades, and even under bullets, Stepan swam very slowly.

Seven reached the steep shore. Neshirok Neman, but exhausted, as if a good mile away had sailed. The soldiers clung to the hanging bushes, barely taking a breath. And right there, a hundred meters away, one after another, explosions were heard. It was the Germans who destroyed the paratroopers, who climbed onto the gentle coast, with heavy fire.

Stepan and the remaining fighters got out of the bushes, equipped their positions, and hid. There was no doubt that the Germans saw them. After all, the distance from the forest to the shore - some one hundred - one hundred and fifty meters. And the trenches of the Nazis pass along the edge of the forest. Apparently, they did not attach much importance to a handful of soldiers. Soon, the paratroopers noticed a revival in the camp of the enemy. About a company of enemy soldiers launched a counterattack against seven daredevils.

From a group of fascists, met by artillery fire because of the Neman and automatic fire seven courageous, survived no more than one third. Before the second attack, German mortar bombers fired long and methodically at a patch occupied by the Russians. Kalinin reasoned that there might not be enough ammunition, and sent three people to the place where his comrades died, on a gentle stretch of shore. Maybe besides who is alive. And if not, there were disks and grenades ...

There were no living ones. But the rounds and grenades brought a lot. This additional ammunition is very useful to the brave seven.

“Thank you guys for your help,” the sergeant mentally addressed those dead.

Eight day attacks! Yes, four at night. And they recaptured everything. By dawn of the next day it suddenly became quiet. Kalinin has already learned not to believe silence. So, the enemy is again preparing some trick. But which one? And suddenly, at some point, the sergeant felt: there was nothing ahead, nobody. And he did not feel it alone.

They shouted, even gave an automatic burst - quietly. They listened, puzzled, and soon realized - it was not for nothing that half an hour ago they seemed to them or actually heard the Russian "cheers" muffled by distance. Now it has become clear. Somewhere there was a major battle. And as a result of it - the imperceptible, under cover of night, retreat of the Nazis, who occupied a position in the forest.

Now that everything had cleared up, mortal fatigue fell on the soldiers. Two sleepless days affected and that enormous tension of physical forces and nerves in which all this time were. Boats with reinforcements sailed from their native coast. About an hour later, all seven, washed, fed, with a sense of accomplishment, slept in a good night's sleep. Only the next day, they caught up with their battalion and immediately went into battle. But Stepan was not lucky: he was then seriously injured.

Much later, already in the hospital, Stepan Nikitovich learned the details of the operation in which he participated. Their landing made a distracting maneuver, creating the appearance of a massive breakthrough, while the real crossing was in another place. Distracting the enemy and taking fire on himself, Kalinin and his comrades in arms helped the command mislead the enemy and disorganize their defenses. This feat was awarded the highest government award. All participants of that battle I.G. Sheremet, I.I. Osinny, A.P. Nichepurenko, M.S. Maidan, T.I. Solopenko, Z.S. Sukhin and S.N. Kalinin were presented to the ranks of Heroes of the Soviet Union. 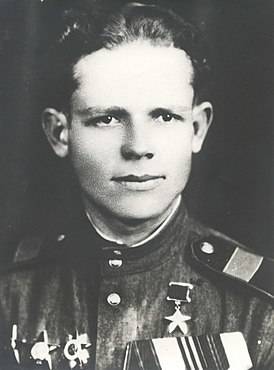 Kalinin Stepan Nikitovich
The future hero was born on November 25 1923 of the year in the village of Pokrovka, Abdulinsky district, Orenburg region. After finishing seven classes of the school he worked on a collective farm. In November 1941, Kalinin was called up for service in the Workers 'and Peasants' Red Army. Since January 1942 of the year - on the fronts of World War II. In the summer of 1944, Sergeant Stepan Kalinin commanded the detachment of the 433th Infantry Regiment of the 64th Infantry Division of the 50th Army of the 2th Belarusian Front.

Stepan returned to his native village only in 1947. Although three wounds, but alive! On the chest are four orders, three battle medals and the Golden Star of the Hero. This meeting was joyful, though not without tears. Five brothers fought with the Nazis, two of them died, one returned disabled. The survivors had to revive the exhausted, wounded land ... 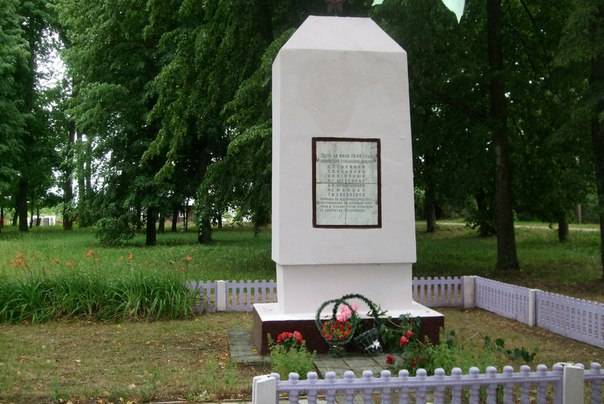 The 7 obelisk to the soldiers who crossed the Neman River on July 14 of July 1944, seized the bridgehead on the west bank of the river and repelled 12 counterattacks by the Nazis during the day 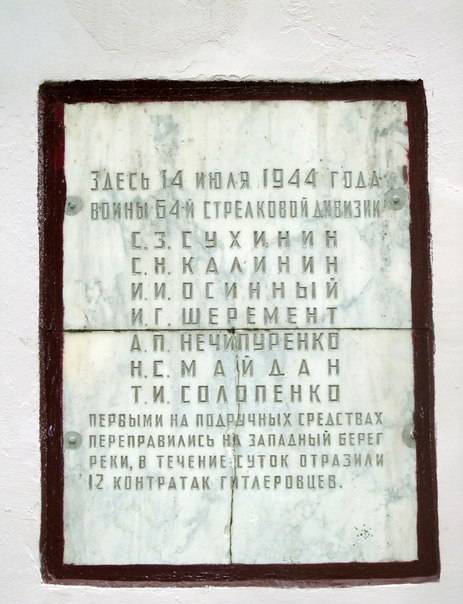