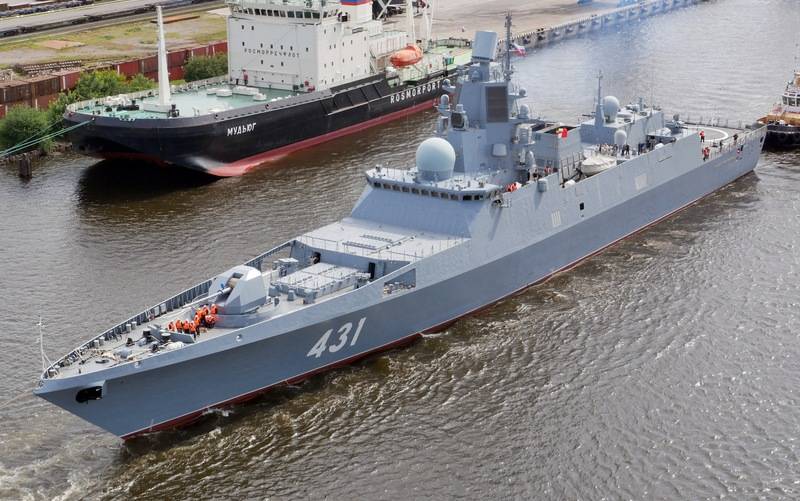 The Russian fleet by the end of this year will replenish with five new ships. This was stated by Commander-in-Chief of the Russian Navy Admiral Nikolai Evmenov at a meeting of the Military Council of the Navy, the press service of the Naval fleet.


Speaking at the meeting, the Commander-in-Chief of the Navy announced that during December 2019, the Navy will include: frigate of the 22350 project “Admiral of the Fleet Kasatonov”, corvette of the 20385 project “Thundering”, small missile ship (RTO) of the 21631 project (Buyan-M) “Ingushetia” ", the mine defense ship (sea minesweeper) of the 12700 project" Vladimir Emelyanov ", the medium sea tanker of the 23130 project" Academic Pashin ", as well as other support vessels.

In addition, the repair of the Vepr nuclear submarine of the 971 project Schuka-B, the large landing ship Olenegorsky Miner and the hydrographic ship Romuald Muklevich is nearing completion.