Russian shooter hit a target at 2 km in complete darkness 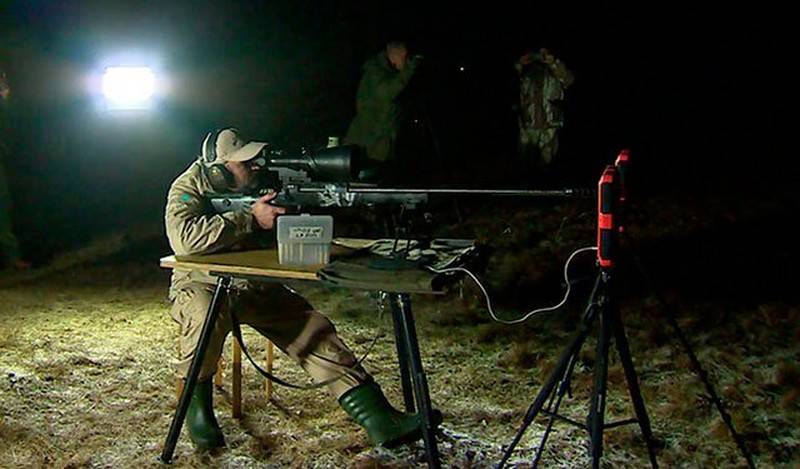 Russian shooter Sergei Shmakov hit a target at a distance of almost two kilometers in complete darkness. Shooting was carried out from a SVLK-14 "Twilight" sniper rifle.


Reportedly, Shmakov laid five .408 CheyTac (10,3 mm) caliber bullets in an 60 target at 60 centimeters at a distance of 1920 meters, thereby setting a new world record. For firing, he used the SVLK-14 "Twilight" Russian sniper rifle with the Daedalus NV domestic passive night sight mounted on it.

We want to set a record for a maximum range shot at night, without any backlighting. That is, it is not an active sight, it is a passive sight, it is not intended to illuminate the target with either a laser or other light sources, that is, it is in absolutely real night conditions
- the creator of the rifle, designer Vladislav Lobaev, told Russia Today.

Earlier, using the same SVLK-14 "Twilight" rifle, a world record was set for the range of an accurate shot. In October 2017, the Russian shooter Andrei Ryabinsky hit a meter-by-meter target at a range of 4210 meters.