Fights for the city of Ain Issa resumed in northern Syria 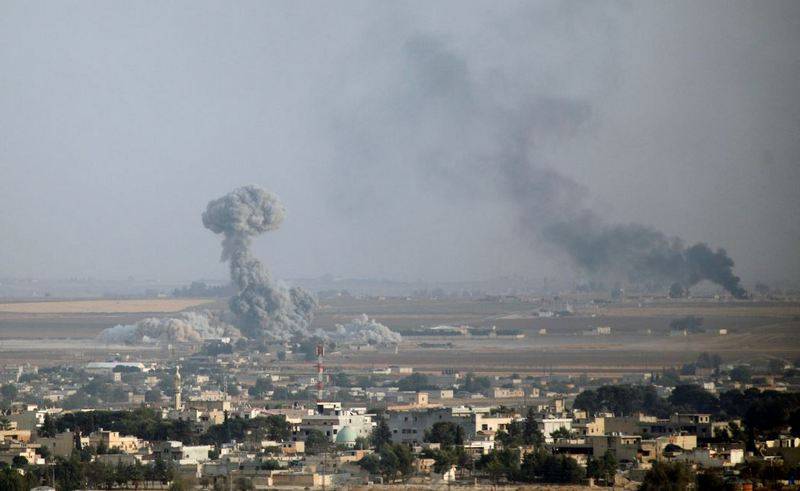 Turkish forces and their many mercenaries carried out attacks in the morning tanks and artillery. The attacks were carried out from different directions in order to capture Ain Issa. The ceasefire was again violated by the Turkish Armed Forces
- The report says the SDS (Syrian Democratic Forces).

On Saturday evening it was reported that the fighting continued "in several directions in the vicinity of the M4 highway" in the vicinity of the city. It is noted that Ain Issa is located outside the security zone that Turkey is trying to create, so the Kurds say they have every right to be in it. In turn, Ankara believes that the city is located in an area that needs to be cleared of the Kurds. At the same time, a ceasefire is in effect between Turks and Kurds.

In turn, the portal Step News reports on the elimination of "dozens" of Kurdish militants from the SDS in the area of ​​the village of Abu Dubs west of the city of Ain Issa in a clash of pro-Turkish forces with Kurdish military forces. It is also reported that large-scale reinforcements of Kurdish radicals have been transferred to this area.
Military Reviewin Yandex News
Military Reviewin Yandex Zen
36 comments
Ad