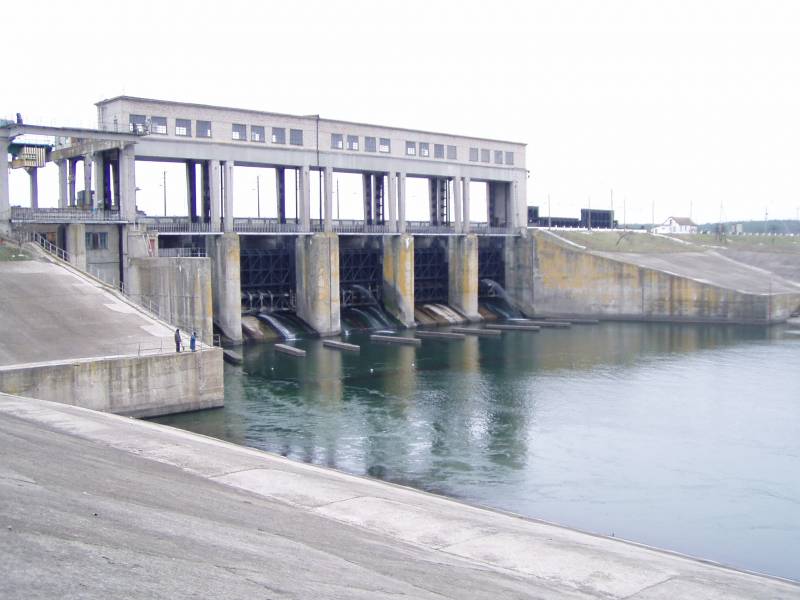 Minister of Housing and Public Utilities Sergey Naumets said that over the past seven months Ukraine has not paid anything to the employees of the enterprise “Water of Donbass” living and working in the territory of the DPR, thus accumulating a debt of 330 million rubles. The minister promised that the republic will return the wage arrears to the employees of the enterprise before the end of the year.

A little earlier, on October 23, a resolution of the DPR Government No. 124 was adopted:
“To establish that on the territory of the DPR, settlements of the population for water supply and sanitation services provided by the public utility“ Water Donbass Company ”are carried out exclusively through the postal service of the SE“ Donbass Post ”and the central registry office of the DPR.”

That is, despite the fact that Ukraine stopped paying employees living in the DPR in April-May, all this time the republic continued to transfer funds for water supply to the Ukrainian side. Now, having thought better of it, she finally decided to break off strange schemes of cooperation with Water of Donbass and is ready to pay 330 millions of rubles for her own sluggishness.

In general, the fact of cooperation with the Ukrainian side, when DNR residents officially work for a Ukrainian company, pay taxes, including transferring 1,5% of their salary for the military needs of Kiev, looks at least crazy. It is clear that the work of the Seversky Donets-Donbass canal, which begins in the territory controlled by Ukraine and provides water with a significant part of the DPR and is controlled by Kiev Mariupol, is important for everyone, and it should be provided by all means. Nevertheless, such a scheme of work does not stand up to criticism - it was clear that sooner or later Ukraine would play a cruel joke with the republic. And so it happened. 330 million rubles from the pocket of taxpayers is a serious blow to the economy of the DPR.

How did these arrangements work? How were the funds received from enterprises and the population for water supply calculated? How was this money transferred to the territory of Ukraine and was any audit conducted (if at all possible)?

And most importantly: if, after a wicked joke from the Ukrainian side, the DPR government still found the opportunity to take the enterprise’s employees under its guardianship and stop collecting funds directly for the company “Water of Donbass”, could this not have been done before?

It is customary for us to angrily condemn the Minsk accords, sometimes even calling them conspiracy, but at the same time, numerous exposers of "conspiracies" and "sinks" forget one important fact. In the Donbass, first of all, a civil war, and not a battle between “warriors of the world” with “fascism” or “Rus” with “non-Christians”, “Uniates”, etc. It’s time to reject all these propaganda cliches, because, despite all ideological and geopolitical aspects of the conflict, in the foreground are recent compatriots who are killing each other.

And as soon as compatriots, due to various circumstances (primarily the efforts of Russia and the Minsk agreements) stop killing each other with the same intensity, they begin to trade with each other. And the DNI authorities, in spite of all their “Russian character”, patriotism, heroism and other outstanding qualities in different directions (as well as the Ukrainian authorities, despite their nationalism, etc.), are quite successful in establishing secret enrichment schemes.

The raven will not peck out the crow. And one can only guess what other schemes of mutually beneficial enrichment are established between the enterprising representatives of the authorities in LDNR and Kiev. Most likely, many more interesting discoveries and revealed patterns await us.

The benefit is partly under pressure from Russia, partly due to the chronic lack of maturity of Ukrainians, these schemes are gradually dying off (the damage, of course, falls on the shoulders of ordinary citizens). And to be honest, it’s very good that Russia is crushing the local kings, and Ukrainians are deceiving and breaking their word over and over again. Otherwise, here, in New Russia, for a long time, everyone would have completely decided and established such schemes that in the very near future there would have been nothing to fight.

We are in Yandex Zen
Situational analysis of the death of the MH17 flight (Malaysian Boeing 777), made on the basis of engineering analysis from 15.08.2014
Results of the week. “In our cooperative, the board is always agreed”
39 comments
Information
Dear reader, to leave comments on the publication, you must to register.